Public schools in South Orange and Maplewood face a looming crisis in their instrumental and vocal music programs as student participation has plummeted by approximately half since the onset of the global COVID-19 pandemic, former Board of Education member Anthony Mazzocchi said last week.

“As you are aware, the arts have been marginalized more than almost any other subject during remote learning here,” Mazzocchi said in a letter submitted for the public speaks portion of last week’s Board of Education retreat, which was held online. “This isn’t dissimilar to national trends, but it’s quite pronounced here in SOMSD, specifically because of our actions and planning. What I am most concerned about is the district instrumental and vocal music program.”

Mazzocchi’s letter is introduced at the 6:51 mark in the online video.

According to Mazzocchi, between 80 and 90 percent of fifth-graders in the school district — about 450 students — begin playing a musical instrument or join choir in a normal year, with about 50 percent of those students dropping out the following year. Of those who are left, another 50 percent drop out between eighth and ninth grade, leaving about 112 student musicians in band and orchestra. 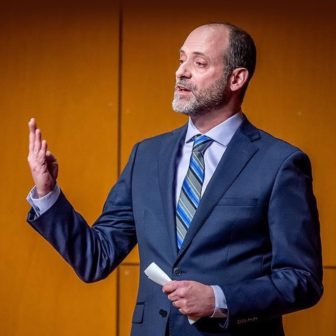 Yet remote learning has seen an unprecedented decline in the number of students who are picking up an instrument for the first time, with only about 225 of fifth-graders beginning musical instruction this academic year, Mazzocchi said.

If previous trends hold, that could mean as few as 56 students in band and orchestra, Mazzocchi argued.

“That is not enough to continue a healthy program,” he said. “That will be the end of our music program as we know it.

“It’s a fifth-grade issue now, a middle school issue next year, and it will be a CHS issue in three years. I believe this is one of the most important issues in SOMSD’s history, and as a nationally recognized leader in arts education, there is a ton at stake here.”

“Dr. Taylor, I ask that you please fulfill the pledge you made us — to cultivate and nurture a robust arts ecosystem in SOMSD and, at least, work to develop a one-year surge in staff and resources in order to hit a ‘reset’ button and start students on instruments in sixth grade in the fall,” Mazzocchi said. “Without it, the district program is built on sand. Staffing and budget cuts could follow, but — most disastrous — we will have a generation of students denied arts instruction in SOMSD of all places. Please incorporate this into the fiscal year 21-22 budget.”

Mazzocchi, a former director of fine and performing arts in the South Orange-Maplewood School District who stepped down from the BOE at the end of his term in December, has been a longtime advocate for arts instruction. Three weeks after the start of all-remote learning in September amid SOMSD’s coronavirus restrictions, he pushed for live arts instruction instead of asynchronous — or pre-recorded — lessons.

Taylor replied, “I hope that you know that we are of course committed to the arts and the legacy of our district,” while noting that he was “elbow deep” in hammering details of the school budget for next year.

“We’re thinking about lots of important things, including closing the achievement gap and supporting kids who may have experienced slippage during this really unprecedented time, and so this is definitely on our radar as well,” Taylor said.