Mazzocchi to Run for BOE: Let’s Slow Down and Optimize 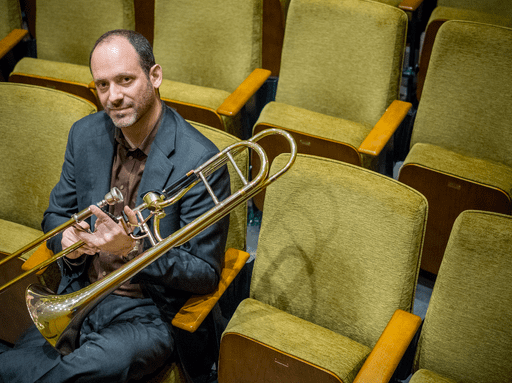 Anthony Mazzocchi, the former Director of Fine and Performing Arts for the South Orange-Maplewood School District, will be filing to run for South Orange Maplewood Board of Education later this month.

The filing deadline with the Office of the Essex County Clerk is July 28. Thus far, one candidate, Donna Smith, has filed. The three incumbents — Bill Gaudelli, Sandra Karriem, and Andrea Wren-Hardin — have announced that they will not seek re-election.

Mazzocchi has lived in Maplewood since 1981 with some short stints in Manhattan — while earning degrees in music from the Manhattan School of Music — and Los Angeles. He is a product of the public school system here. His eight-year-old son Luca attends Tuscan School. His four-year-old daughter Tahlia will join her brother there soon.

Mazzocchi enjoyed a 14-year career as a professional trombonist — playing with renowned orchestras such as the Los Angeles Philharmonic, performing for Broadway shows, and recording music and movie soundtracks — before answering the call to be an educator.

“The best thing that happened to me was that I got involved in the public schools,” Mazzocchi told The Village Green in a telephone interview from Kinhaven Summer Music School, a summer music camp he runs with his wife Deborah in Vermont.

Mazzocchi spoke of the stigma that becoming an educator holds for many professional musicians. He saw that the lack of serious, skilled musicians in education was one of the reasons why music programs were “drying up.”

In his three years as director of fine and performing arts for the South Orange-Maplewood School District, Mazzocchi introduced the Suzuki program which brings violin lessons to children in kindergarten through third grade. Mazzocchi also increased the number of days for middle school band and orchestra practice from one to five.

The move to five days wasn’t popular with everyone, but Mazzocchi sees arts education as vital and the skills and dedication learned in music as usable life skills. He notes that students don’t just study math one day a week. “When you are playing a vital role in a group of 60, you’re being collaborative. If it’s being taught masterfully, you are going to use it for the rest of your life.”

Mazzocchi says that he left the district because Montclair State University offered him his dream job: Associate Director and Professor of Trombone at the John J. Cali School of Music.

“I care a lot about the district. I left for a job that is a culmination of my life. I have a lot of passion for the state of education.” Mazzocchi added, “It’s really an interesting time in public education, a crucial time.”

Locally, Mazzocchi feels that he can play a knowledgeable role in helping the district through a time of turnover that includes searches for a new superintendent and Jefferson School principal, and working with a new principal and assistant principal at Columbia High School as well a new superintendent of curriculum for the district. Mazzocchi also noted that there are many “fledgling” programs in the district such as IB, the new leveling, Common Core and student growth objectives.

“I know enough to help that transition, oversee and govern it. I’m well equipped to the job.” He added, “I was a part of all those meetings. I listened and digested more than I spoke.”

“If done right, we will experience a lot of great things.”

“We have a lot of talent in this district.”

But Mazzocchi cautioned, “We need to slow down and optimize what we  do.”

“It’s really easy to get into fads and new initiatives, but our district is guilty of doing too much too fast. It’s been too fast for teachers and administration to keep up.”

Concerning de-leveling or “leveling up,” Mazzocchi said that there had not enough been enough time for teachers to “go through the shift.” He said that de-leveling can work, however, “when it’s taught masterfully.”

Mazzocchi said that, of course, he is always concerned that art and music not be put to the wayside. He commended Osborne and the new supervisor of fine arts Mara Rubin (“a really fine person,” said Mazzocchi) for their dedication to arts eduction.

Mazzocchi said another concern was that initiatives like Common Core don’t turn the district into a “test prep center like some other districts.”