New administrators, including a new principal, will greet students and parents when school opens in September. 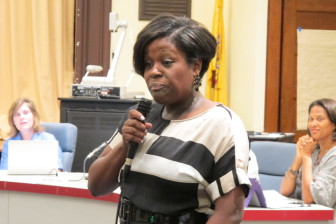 The South Orange-Maplewood School District introduced at its Monday meeting Kimberly Hutchinson, 35, who will take over as the principal of Jefferson School.

“I come with a lot of experience, but I am so looking forward to what I’m going to learn here,” Hutchinson said. “I have felt so embraced by the community thus far, that I am so confident that this is the place for me to be and grow and continue my career.”

Hutchinson has spent that previous 11 years in the Newark Public School District where she worked as a special education teacher and a learning disabilities teachers, and then in 2012 she took over as principal of McKinley Elementary School.

Jim Memoli, the acting superintendent, said Hutchinson will make positive impact on students in the district.

“She brings a wealth of knowledge, and teaching and learning,” said Memoli. “She clearly loves children and has a desire to lead all students to achieve and exceed their academic potential.”

In addition, the board introduced the new assistant principal of Marshall School, Erika Gomez. 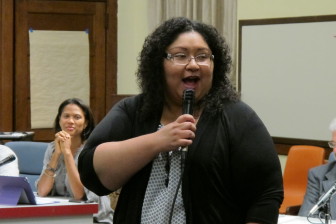 Gomez comes to South Orange-Maplewood from nearby Passaic School District, and with 18 years of experience — nine in the classroom and nine in administrative roles.

“I look forward to working with the community, staff and students for this upcoming school year,” Gomez said.

The board also introduced Rob Schmidt, who is set to take over as supervisor of special services for grades 6-12.

“He brings with him,” said Memoli, “a breadth and depth of knowledge of special education; a demonstrated sensitivity to the multicultural curricular and developmental needs of all students in a diverse community.”

Schmidt, 33, has spent the last five years as a special education teacher at Maplewood Middle School. The move from classroom to administrative role, said Schimdt, was a “difficult decision” from him, but only at first. 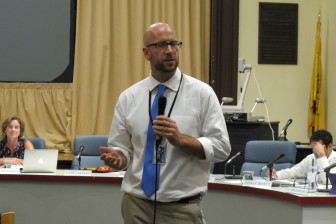 “Knowing the children that I’ve worked with over the years, and the families and relationships that were built, it was tough to think about leaving that,” Schmidt said.

“But then I realized that by accepting the position … I would have a chance to reach even more families and more children and do more in the community,” he added. “So it became a very easy decision.”