What do “Rebel Girl” by Bikini Kill, “Make & Break Harbor” by Stan Rogers and “Don’t Change” by Inxs and Musiq Soulchild have in common? The students in the YouthNet Coffee House Club used these songs to explore the issues of change.  It all begins by middle schoolers using songs related to a specific topic as a springboard for discussion.

“We have lots of great discussions about feminism, social justice, musical styles, etc. It’s interesting how vast these students’ taste in music is and the ideas they come up with about each topic,” explains Mrs. Chris Kleinwaks, an eighth grade science teacher at Maplewood Middle School who runs the club. In addition, the club members have turned to “Sullivan Street” by Counting Cows to explore memory and chosen “Hypnotize” by Notorious B. I. G. as an all-time favorite song. 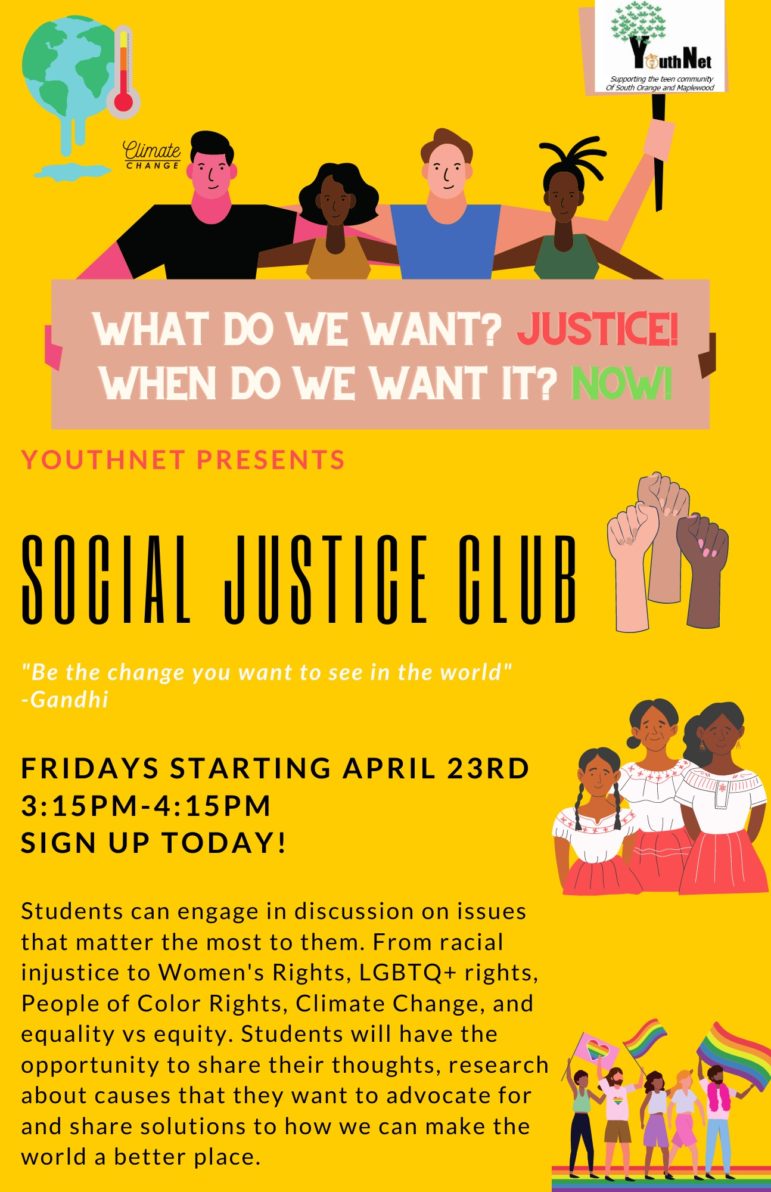 Many YouthNet clubs offer fun spaces where students can explore new ideas through contemporary culture. “The Columbia intro was really different with the animations, and a whole glitchy feel,” explained Steven Alexander, a member of the Movie Critique Club, about Spiderman: In To The Spiderverse.  Run by Ms. Shawana Andrews, an eighth grade language arts teacher at SOMS, together these middle schoolers watch a movie, grab a snack and then discuss issues of originality, conflict and diversity.

YouthNet sponsors 22 clubs virtually after school for Maplewood (MMS) and South Orange Middle (SOMS) School students. Having the classes run virtually has allowed SOMS and MMS to join forces and expand the classes to students at both schools. This has been a fun opportunity for the children to expand their outreach and make new friends or get reacquainted with old ones who attend the other middle school. 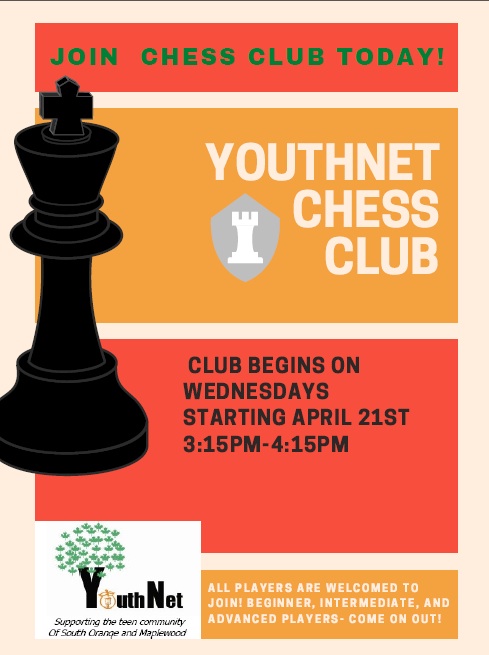 In fact, Mrs. Dominique Laing-Rogers, leader of the sixth grade English teacher at MMS, promotes a bit of healthy competition between MMS and SOMS through inter-school tournaments. “Running the Chess Club virtually has been a blast! During the first few rounds, the students are placed into breakout rooms where they can face off against their opponents and then all the students gather to watch the championship game, in live time, through the shared screen function.”

More screen time might not seem ideal right now, but the advantages outweigh the disadvantages.  “The clubs offered by YouthNet benefit students by giving them an outlet, by being a place where they can connect with their peers without being worried about the pressures of turning in an assignment, and by being a place where their social and emotional health can thrive,” Mrs. Laing-Rogers explains.  And Ms. Kendyl Pierce, the coordinator for SOMS adds,  “the students who participate, can foster a different relationship with their teachers that goes beyond the academics.”