At the first South Orange-Maplewood Board of Education meeting since the death of George Floyd at the hands of Minneapolis police officers on May 25 set off weeks of global protests, students and community members acted locally by seeking change to root out systemic racism in local public schools.

Student Representative Lily Forman kicked off the discussion of the topic during Monday’s Board of Education meeting, held via online video conference once again amid the COVID-19 pandemic.

Forman described fellow Columbia High School student Bryn Healy’s efforts to end the school district’s use of a history textbook co-authored by John Q. Wilson, creator of the “broken windows” theory. The criminology theory, which Wilson described in an oft-cited 1982 article, holds that visible signs of crime encourage a further breakdown in social order. Although the concept was thinly supported by data and failed to consider other sociological factors, it widely informed law-enforcement policies across the United States over the past four decades and has been blamed for stop-and-frisk policies that disproportionately target Black people and other minorities.

In a Change.org petition she launched, Healy said that she was “appalled and horrified” to read Wilson’s textbook, “American Government: Institutions and Policies,” which had been assigned for her AP United States Government and Politics course. “It defended racial profiling, claimed global warming was good, and more offensive material,” she wrote.

Healy raised the issue with her teacher and the department head, Forman said, adding that Superintendent Ronald Taylor and Board President Annemarie Maini were aware of the criticism, and that it was “being looked into and will be dealt with shortly.”

“Passing and implementing the intentional integration initiative will be a good, significant, much-needed step forward, and hopefully it will improve the experiences of all future students,” she said. “But this plan, from what I understand, won’t affect anyone who’s already entered middle school. More needs to be done for current students to make sure that, no matter what their experience has been so far, it can be improved before they graduate.”

“You are a real asset to our community and a real model for how to incorporate many voices and seek input,” Maini added.

Students also voiced a call for reform during the “public speaks” portion of the BOE meeting on Monday.

The MAPSO Youth Coalition wrote a letter to the Board of Education, which was read during public speaks, asking to be part of reforms happening in Maplewood and South Orange.

“We want to be a part of the change-making process in our community to implement truly beneficial reforms,” the letter said.

The group, which claims 100 members “and counting,” thanked Taylor for his help on the Student Bill of Rights it plans to present at next month’s Board of Education meeting.

It also announced the creation of an Instagram group named Black at SOMSD to allow students to share experiences of “racism, discrimination or microaggression” within the school district. 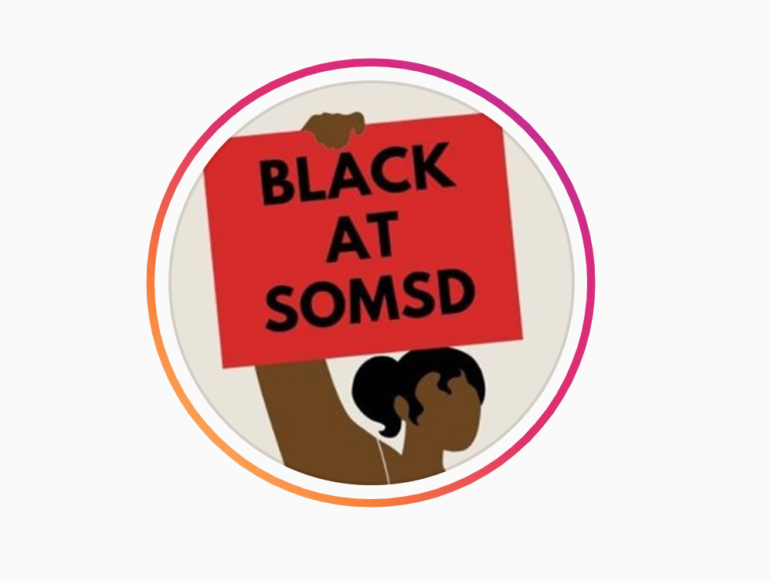 “We as students want to be part of the process to implement real, systemic change. We not only want to make this a better district for younger students and students to come, but improve our district for ourselves right now,” the letter said. “Though we understand Columbia High School is a big part of the problem, we know this is a comprehensive issue of systemic racism and institutional problems existing at every level in the district.”

Dr. Khadijah White, a CHS graduate and Maplewood resident, also sent the BOE a letter that asked that the school district “remove any programs that put children in regular contact with the police” and “eliminate police presence on school grounds” aside from emergencies and what is legally mandated. The letter also presented the board with a Change.org petition launched by SOMA Justice and endorsed by the MAPSO Youth Coalition.

The petition also asked SOMSD to hire more social workers and replace Director of Safety Thomas Shea “with someone experienced with comprehensive safety experience to address a wide range of issues outside of school hardening measures.”