written by Mary Mann May 29, 2015
0 FacebookTwitterPinterestEmail 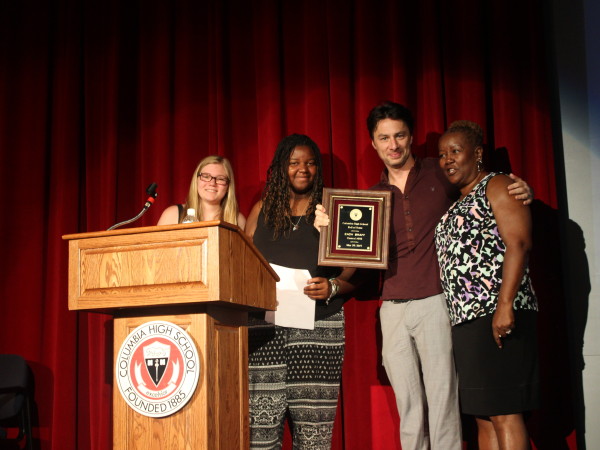 Actor and director Zach Braff visited Columbia High School in Maplewood today to be inducted into the school’s Hall of Fame.

Braff, who graduated from CHS in 1993, went on to a successful career in television and film, starring in the hit comedy series Scrubs, and directing, writing and acting in the films Garden State and Wish I Was Here.

Braff was funny, self-deprecating and thoughtful in his comments to the students, telling them that they can never fail if they just refuse to give up. He also urged them to take responsibility for their actions and to be kind. “What goes around comes around,” said Braff. “I can tell you.”

Almost just as funny was Johanna Wright, Braff’s physical education teacher at South Orange Middle School, who said she texted Braff incessantly to get him to come and accept the award. “You came from the bottom and now you’re here,” Wright explained, to appreciative laughter, as the content of one text. In another text, she went for the heart strings, telling him that the Hall of Fame wall in the CHS library just wasn’t complete without him. 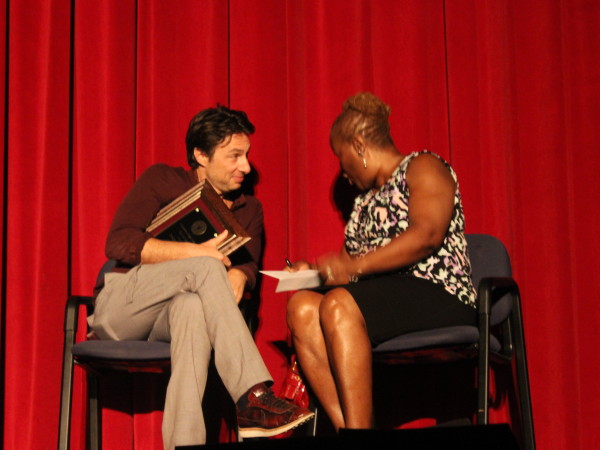 The Columbia High School Hall of Fame was first established in 1985 by then student council president, Andrew Shue, who was himself inducted in 1994 with his sister, Elizabeth Shue. The Columbia Student Council oversees the Hall of Fame and, along with faculty advisors, selects nominees from a long list of very accomplished graduates.

In order to be selected for this honor, the nominees had to have been role models for other students while they were at Columbia. They also must be distinguished in their field of endeavor, be leaders in their professions and be dedicated to the betterment of society.

After making their selections each year, the student council members are sworn to secrecy until the names of the nominees are announced at the student Hall of Fame assembly. The inductees are invited to address the students at the assembly and then attend a reception in their honor.

Hall of Fame inductees include: