5 Reasons to Move to Springfield, NJ 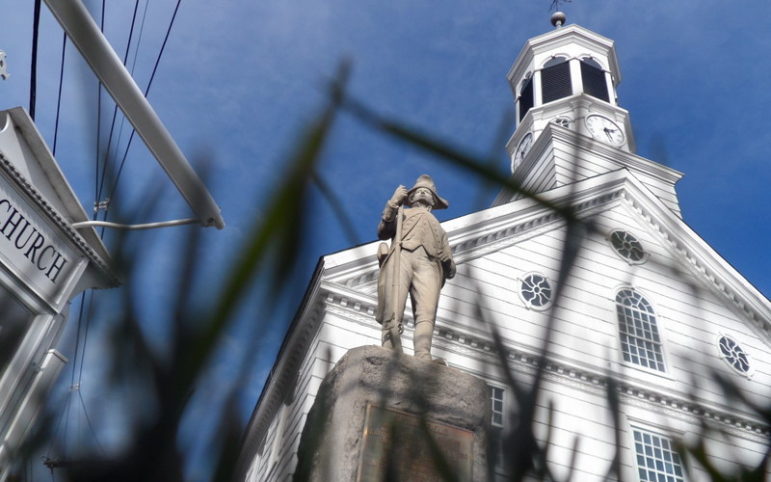 Steeped in history, Springfield, NJ was once the site where the troops of the Continental Army fought and won the critical Battle of Springfield in 1780. Despite the British attempt to burn it down, many landmark buildings still stand today adding to Springfield, New Jersey’s charm. With approximately 17,500 residents and a median home price of $411,000, Springfield is both affordable and conveniently located near the Midtown Direct train line.

With charming neighborhoods, numerous parks, and a walkable downtown, Springfield is family-friendly and safe. On weekends, residents can be seen playing recreational softball games on the green, traversing the historic sites, and ambling through the downtown. Described as a “typical American town,” Springfield was once featured in a humorous video starring Steve Carell in July 2010 on The Daily Show with Jon Stewart.

If you’re thinking of moving to northern New Jersey, here are 5 reasons to move to Springfield, NJ:

Springfield is the perfect place to raise a family

Springfield is an ideal location to raise a family. According to Niche.com, the town gets an overall “A” rating and an “A” in the Good for Families category. It is also ranked eighth in Union County overall.

In part due to the quiet, friendly atmosphere, residents rate Springfield as one of the best places to live in New Jersey. With numerous restaurants, green spaces, and Revolutionary era landmarks, families never struggle to find something to do. Plus, according to Neighborhood Scout, Springfield also boasts a low crime rate which is significantly lower than the national average.

Residents can commute easily between Springfield and New York City

Approximately 25 miles southwest of New York, Springfield offers commuters a variety of transportation options to tackle the daily commute. Many buses go to and from New York City on weekdays. While Springfield does not have a stop on the Midtown Direct train line, the town runs a jitney service mornings and evenings to the Short Hills Train Station where residents can hop on the Midtown Direct. Some residents even walk or bike to the Short Hills train station from their homes in Springfield. In addition, commuters have easy access to major roads like Interstate 78, U.S. Route 22 and Route 24 that connect them to many towns in New Jersey as well as Manhattan. 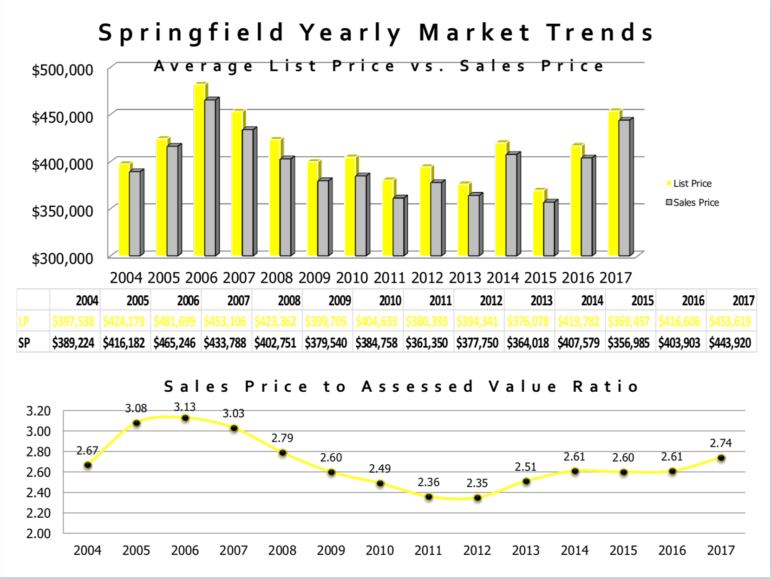 Families often settle in Springfield for the long-term. Lovely, affordable homes attract prospective homebuyers interested in all Springfield has to offer. According to Niche.com, the median home value in Springfield is approximately $411,800, and in 2017, the Sales Price to List Price ratio, a ratio that indicates whether a home sold above or below listing price, was 98%. Compared to neighboring towns in northern New Jersey, the property taxes are significantly lower as well.

Springfield has excellent public schools. The town’s Jonathan Dayton High School ranks with seven other schools in Union County as one of the best high schools in New Jersey. The colonial-style building on Mountain Avenue captures the spirit of the soldier and politician from New Jersey who became the youngest man to sign the U.S. Constitution.

Springfield public schools take pride in their 14 to 1 student-to-teacher ratio which affords students more face-to-face contact with their teachers. In fact, the town dedicates 60% of its education expenses to instruction.

Springfield has considerable natural beauty and 6,200 acres of parkland. Residents enjoy biking or strolling along the paths that meander through the woods of Lenape Park or watching the waterfowl gather by the pond in the center of Briant Park. With access to multiple sporting venues, extensive picnic grounds and a rose garden at Brookdale Park containing 100 varieties of roses, residents never get tired of being outside. Springfield is also home to Baltusrol, a premier golf club with courses designed by famed architect A. W. Tillinghast.

Interested in learning more about the Township of Springfield, New Jersey? I would love to assist you. Contact Victoria Carter at (973) 220-3050 or email victoria@victoriacarter.com