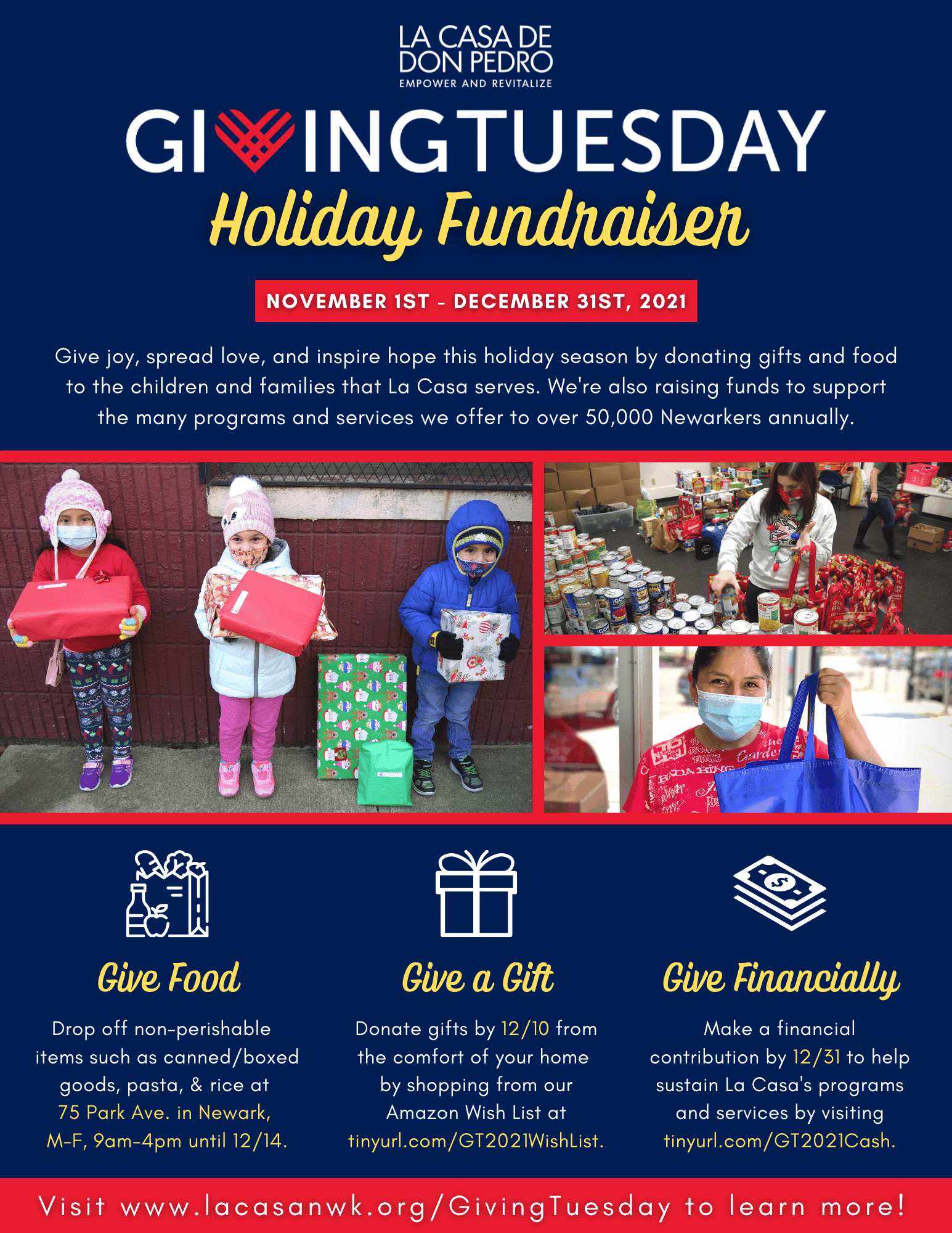 La Casa de Don Pedro is collecting food, toys, and financial donations for their annual Giving Tuesday Holiday Fundraiser. Built on the GivingTuesday movement (the Tuesday after Thanksgiving) that has inspired generosity around the world, La Casa’s Giving Tuesday campaign is in full swing.

La Casa de Don Pedro has made it safe and convenient to give to the campaign. Holiday gifts can be purchased directly online from La Casa’sAmazon Wish List. Financial contributions can be made securely online now through December 31st.

People can also deliver toys and gifts (new and unwrapped, valued at $15-$25) and food to 75 Park Avenue in Newark. La Casa will accept gifts until December 10th while non-perishable food is accepted through December 14th. Frozen meats are also appreciated and must be delivered to 202 First Street in Newark on Thursday, December 16th by 9:30am.

In total, La Casa seeks 1,000 gifts for their early childhood, youth enrichment, and alternative high school students and 500 bags of groceries for families facing food insecurity. With a goal to raise $25,000, financial donations will support La Casa’s efforts to provide quality childcare, address food insecurity, prevent homelessness, build generational wealth, and address other ongoing challenges that have been amplified due to the pandemic.