It was a win for the Cougar Soccer Club Boys Premier U13 team from South Orange-Maplewood earlier this month, as the team, which had previously held a slim one-point lead in the standings over the Viking SC team, entered their final game versus Americans SC in Allendale, NJ.

The early 8:00 a.m. start time found the boys a little sluggish at the start of the game, and their opponent, Americans SC, came out strong. Americans packed the defensive line, and made several strong stops on the Cougars attack. 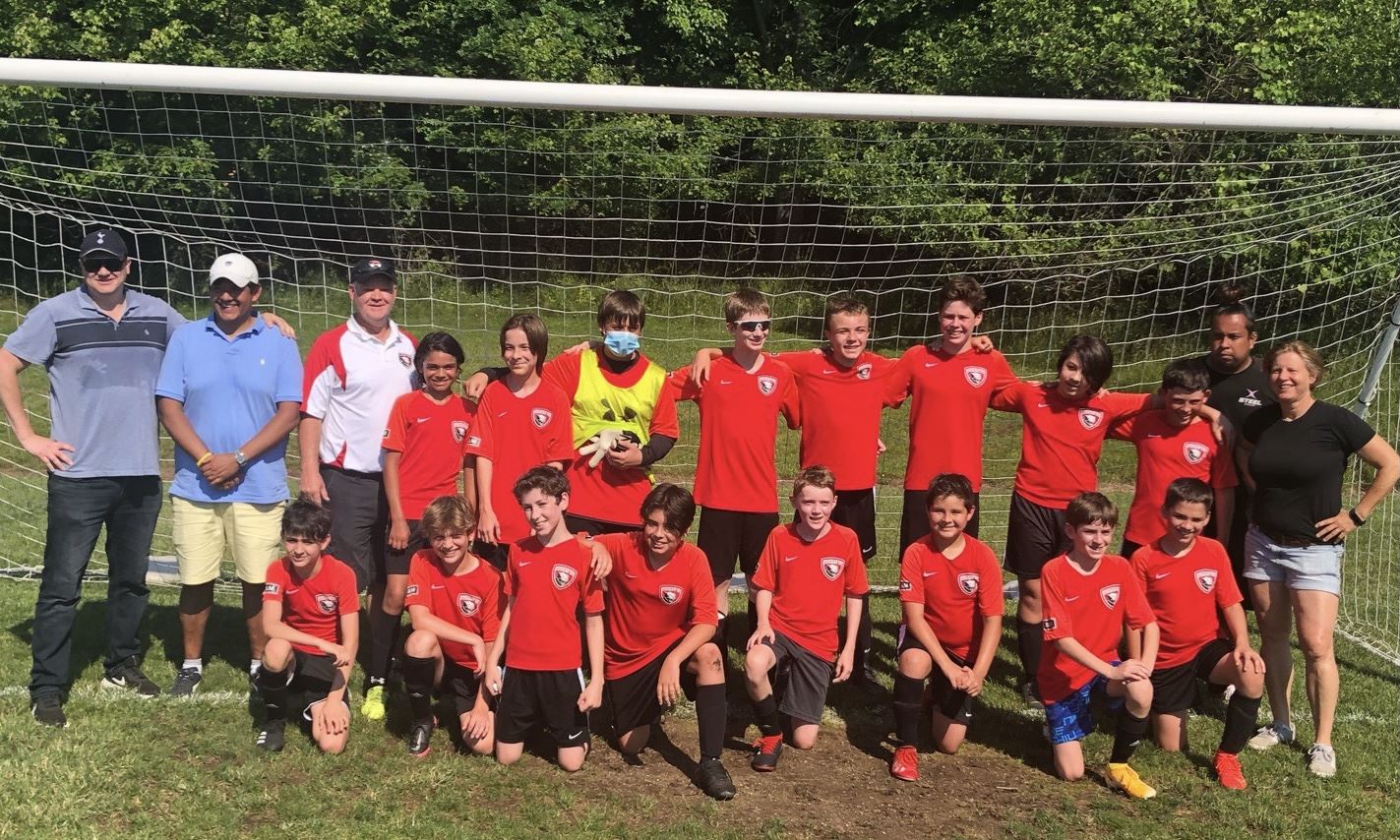 The game was still scoreless at the half, but coaches Alister Glasby, Sergio Garcia, SJ Dodd and Brian Callahan reminded the boys that the scoring opportunities were going to come, and that they should continue to work the system.

Ten minutes into the second half, Jack Small connected on a cross from Leo Levy for the Cougars’ first strike! Minutes later, Cormac Sullivan connected on a scramble in the box, making the score 2 to zero. Cougars connected twice more after that, with Jack Small’s second goal, then to close out the match, Max Figueiredo scored off a rebounded shot.

The Cougars’ defense was cemented by the outstanding goalkeeping of Eric DeVomcourt, and back line of Eamon Brooks, Vikram Vinton, Nathaniel Wack and Logan Saby.

Cougar BU13 Premier has won their flight 2 out of the last 3 seasons, closing out this spring with a 7-3 record. The team extends a big thank-you to all the players and parents for an outstanding season.