After playing nearly every snap in the pre-season, Yosh Nijman got the nod to start in left tackle for Sunday night’s Green Bay Packers game against San Francisco.

It was his first start as a pro, and Nijman did not disappoint, holding the line in the Packers’ 30-28 victory over the 49ers on Sunday night, September 26. 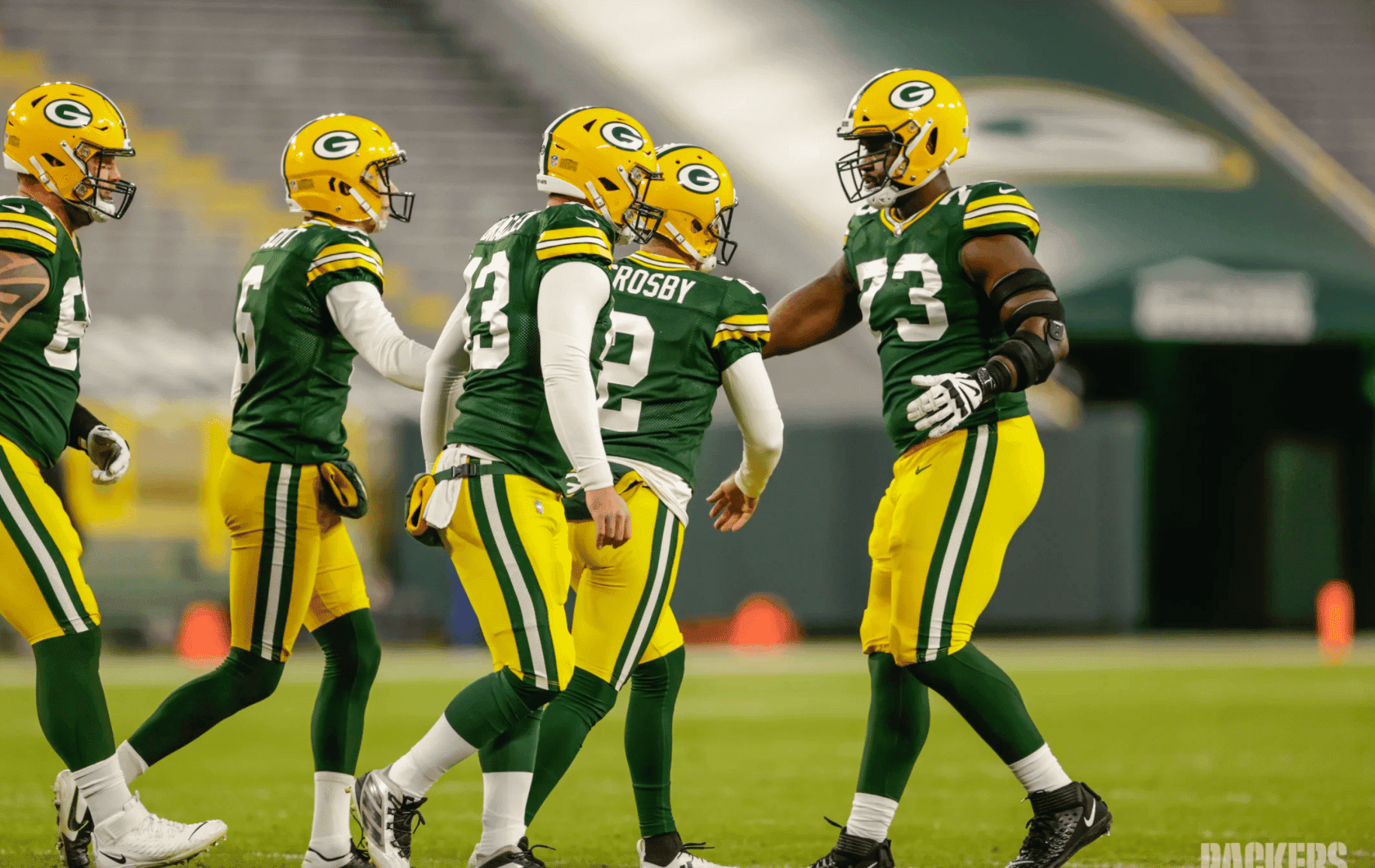 Described as “soft-spoken” and “even keeled,” the 6’7″, 275 lb Nijman told the Wisconsin State Journal, “I just want my teammates to know they can count on me. I’m just grateful they were supportive of me all the way through, even before the game. Just giving me positive affirmations of really trusting me and believing in me. I took that and I rolled with it along with the confidence I have that I could go out and play and help this team win a game.”

Nijman played for CHS Cougars Football and was recruited as a Defensive Tackle for Virginia Tech. 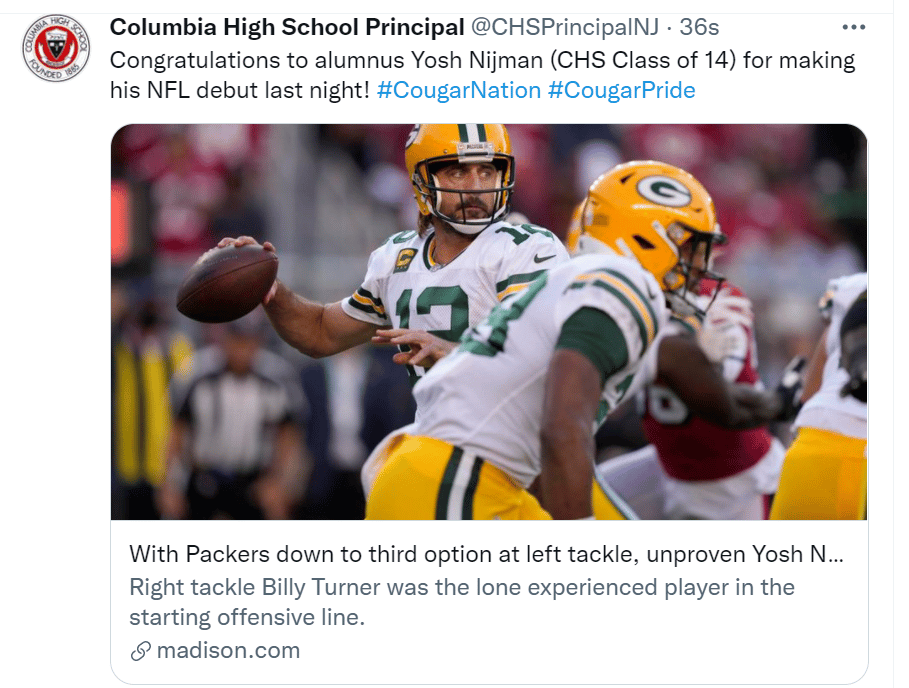