Editor’s note: this article has been edited to correct a statement made by Fred Profeta at last night’s meeting.

The Maplewood Township Committee voted to amend an ordinance Tuesday night — with amendments to the amendments added just before the vote — that will limit the maximum height of the Post Office development to 50 feet.

The amendments passed 4-1, with Township Committeeman Marlon K. Brownlee dissenting. The final vote on the ordinance will be in two weeks.

The developer, JMF Properties, had originally requested an overall height increase to 53 feet. The amended plan also removes a parapet on the building’s roof, and drops the addition of an architectural feature on the corner.

Renderings and elevations of the project can be seen in our photo gallery attached to this article.

The township’s Planning Board and the Maplewood Village Alliance design committee will still need to pass a final site plan that will include details of the building’s massing, scale, materials, and other points.

“We are not at the end of the process, we are at a process that brings us to another step…” said Mayor Vic DeLuca.

The vote followed a presentation by the developer, Joe Forgione, and the architect, David Minno, on the plan, as well as a lengthy and spirited discussion that saw questions and comments from residents, grassroots organizers and former township officials.

The most enthusiastic response from the large crowd came after a statement by former Mayor Fred Profeta, who asked township officials to step back and ask what they were trying to accomplish.

“If you end up approving [this] structure…that’s the near equivalent of placing the Station House [apartment building] across from the Maplewood Theater.”

Profeta said the building would “drive people away” from the Village and surrounding residential area, diminishing the impact of any anticipated tax savings. “It’s going to be a huge mass, it’s going to look like a behemoth.”

“What if you reuse that old building?” asked Profeta. “I’d much rather see that space vacant for five years than see it  ugly forever.”

Former township committeeman David Huemer said the tax effects would be “negligible” because the lot was too small. He suggested the committee hold onto the land until they found a proposal that “knocks your socks off.”

Meanwhile, the architect answered questions ranging from the building’s height to its setbacks, parking, circulation pattern, retail spaces, green spaces and building materials. “We’ve really listened hard to comments,” said Minno. “I think we’ve got the building now where it’s a comfortable building in this setting.”

Minno said he was able to reduce the overall height through some “structural gymnastics” involving dropping the interior ceiling heights and using a more costly, thinner roof section.

“Did you consider three floors” instead of four, asked Marvin Clawson, a resident and local architect.  “That’s not really financially feasible,” said Minno. Deputy Mayor Kathleen Leventhal asked if the ceiling heights could be reduced from 9 to 8 1/2. Minno said that would make for an “inferior product” not befitting Maplewood.

The new plan would place the building farther away from the train tracks than the current Post Office extends, increasing the circulation around the building. JMF also would improve the tunnel leading to the Memorial Park side and add underground parking for tenants, as well as an outdoor plaza on the corner of Maplewood Avenue and Ricalton Square.

There would be seven entrances to the five retail spaces; five on Maplewood Avenue, one on Ricalton Square and one on the Village Coffee side. The design would be mainly brick with some metal accents, said Minno.

Several people asked about the view from Memorial Park. Minno said while it would be too expensive to do setbacks on the back of the building, the design of the back would be vetted by the MVA design committee.

“There was not a lot of enthusiasm from the MVA design committee and there were some very specific suggestions,” said DeLuca. “We are very cognizant” of the view from the park.

The building “looks like a nice Pasadena DMV office,” said one resident. Another called it a beautiful building, “but not [for] this town.”

Before the vote, Brownlee said was not comfortable he was qualified to decide whether the building was the best choice for the space. Township committeeman Jerry Ryan said he did not see the historic value in the current Post Office building. He also noted that the main complaint he hears from residents is that their property taxes are too high, and this project is a way to alleviate that.

“We are doing what is right for the township,” said committeewoman India Larrier.

DeLuca said he was indeed very enthusiastic about the project, which would provide a needed “shot in the arm” to the Village. He has some difficulties with the plan as presented but is confident they can be worked out along the way — and if they cannot, the building as proposed will not move forward.

“I care about the Village,” said DeLuca. “Having a development there in the long run would be better for Maplewood Village than not.”

In interviews after the meeting, DeLuca, Ryan and Brownlee said there had been no responses to the original RFP from anyone proposing repurposing the original building.

“I’ll listen if someone wants to go do a study” on repurposing, said Brownlee. However, he said he was wary of having the building stay vacant for an indeterminate amount of time. Ryan agreed. “Having an empty building is a terribly impractical idea.”

The Township Committee also voted 5-0 on an ordinance to grant the developer of the Post Office site a 5-year tax abatement (PILOT). 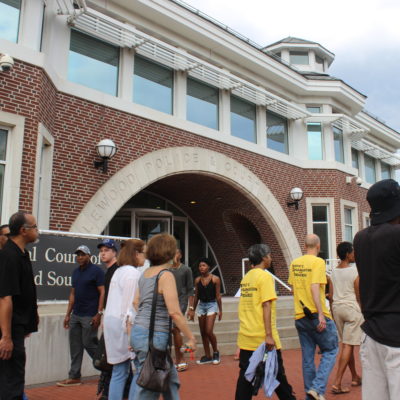 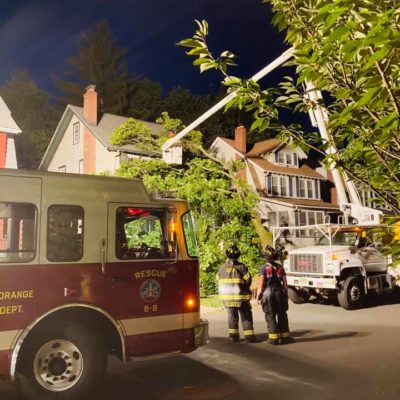