McGehee Gets Nod for Township Committee Run From Maplewood Dems 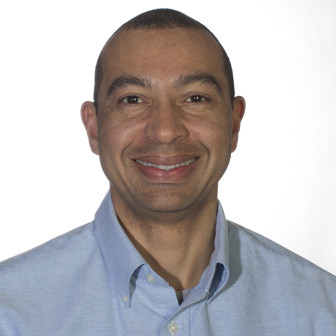 Three-year Maplewood resident and active community volunteer Frank McGehee was nominated by the Maplewood Democratic Committee last night to run as the endorsed Democratic candidate in the June primary for the Township Committee seat being vacated by Marlon K. Brownlee.

The Maplewood Democratic Committee met on Monday, March 21, to nominate a candidate to represent the party in the June primary.

There are five seats on the Township Committee. Terms are for three years. Only one seat is up for election this year. The TC members select the mayor from among themselves every year.

Barring a insurgent candidate, McGehee is poised to win the primary as well as the fall general election. No Republican has won a seat on the Maplewood Township Committee in the 21st century. An endorsed candidate, former Mayor Jerry Ryan, did lose to a non-endorsed candidate (Greg Lembrich) in last year’s Democratic primary. However, another Maplewood resident who applied for the nomination, Hans Hummel, told The Village Green that he has “no plans to run for the TC without the endorsement of the MDC.”

McGehee lives with his wife and daughter in Maplewood and works in marketing. He serves on the Maplewood Memorial Library Foundation Board, the Tuscan School PTA Executive Board, and as a Trustee for South Orange Maplewood Community Coalition on Race.

“I want to thank the MDC for their endorsement and I look forward to serving the residents of Maplewood,” McGehee told Village Green.

“We are very enthusiastic to support him and believe he will be a tremendous asset to the town,” said Grodman.

During the nominating process this year, Lembrich expressed his support for McGehee on Facebook: “I’m excited that Maplewood Democrats are uniting behind Frank McGehee for Maplewood Township Committee. Frank will do great things for our community, and I am proud to support him. I look forward to attending events and walking neighborhoods with him so that everyone in town can meet him and share the excitement.”