From Essex County Board of Chosen Freeholders:

In order to mitigate the harms of a warming climate New Jersey has taken major steps to reduce emissions from the transportation sector, acknowledging that it’s the source of 42 percent of the state’s greenhouse-gas emissions. The state’s plan involves the deployment of electric cars, buses, and heavy-duty vehicles, as well as the charging infrastructure needed to fuel them. Last July, New Jersey joined 15 other states and the District of Columbia to amplify its commitment to clean transportation by accelerating bus and truck electrification, but had to cut back the effort because of the coronavirus pandemic. 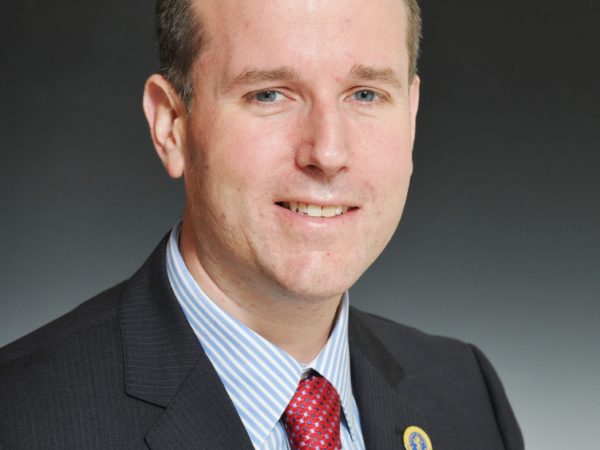 Job losses and state expenditures went up, while tax revenue went down, creating a budget crunch. Naturally, vital public health services, economic assistance programs, and other essential programs needed the funding first. New Jersey’s goal of an 80 percent carbon emission reduction by 2050, for the health and well-being of all citizens, got more challenging. That’s one way the Transportation and Climate Initiative (TCI), a consortium of twelve states in the Mid-Atlantic and Northeast and the District of Columbia, will help.

Not only will the program reduce pollution while improving public health, it will bring in revenue to New Jersey communities struggling to recover from the pandemic. In October a study, published in Cardiovascular Research, estimated that about 18 percent of COVID-19 deaths in North America could be attributed to long-term exposure to air pollution. The study confirmed one of the reasons why COVID-19 hits communities of color the most—front line communities already suffering from systemic racism and environmental injustice.

“For every town that wants to take steps to solve climate issues, we realize very quickly that the resources and issues extend too widely and involve too many substantial costs for any of us to make a dent in the issues. We keep trying, but the best path forward is through a regional alliance that gives us resources to begin to make a difference. Our families are depending on us to get real progress on pulling our world back from the edge,” said Collingswood Mayor James Maley, Jr.

The TCI is directed by state and district agencies located within the 13 TCI jurisdictions. The draft policy the TCI states are discussing is projected to generate as much as $750 million annually to invest in clean transportation projects in New Jersey. TCI states started taking action through working groups focused on regional priorities, such as clean vehicles and potential policies to improve transportation systems and reduce pollution.

More than 100 elected officials have already signed an Elected Officials to Protect America/New Jersey letter to Governor Murphy urging him to join the final TCI Memorandum of Understanding that will be completed later this year.

According to the results of a poll conducted by The Nature Conservancy 79 percent of voters support New Jersey joining TCI.

Here are remarks from Freeholder Gill:

Building on and complementing the Regional Greenhouse Gas Initiative (RGGI), which has generated more than $155 million for New Jersey, TCI will be a substantial new revenue source to support needed clean transportation projects in local communities. Potential projects for funding may include but are not limited to transit, local bicycle and walkway projects, electric vehicle (EV) infrastructure, Safe Routes to School, and Safe Routes to Transit.

Since RGGI began, it has helped cut carbon pollution from power plants by more than half. Due to this reduction, the region avoided an estimated 537 cases of child asthma, 112 preterm births, 98 cases of autism spectrum disorder, and 56 cases of low birthweight from 2009 to 2014, according to an Acadia Center study. TCI will increase these health benefits.

The overall goal of TCI is to put transportation-related carbon emissions on a downward trajectory, limiting them to 20 – 25 percent below their current level by 2032. TCI accomplishes this by requiring gasoline and diesel distributors to purchase allowances for every unit of fuel they sell. By limiting the number of available allowances, TCI imposes a “cap” on emissions which guarantees emission reductions.

The cap would raise gas prices slightly to about $0.05 per gallon in the program’s first year. Mechanisms to prevent allowance prices from jumping too high or bottoming out are included. Because New Jersey is a state of millions of drivers the small fuel price bump from participation in TCI would create enough public funds to support New Jersey’s transportation policy agenda. The latest report from ChargEVC demonstrates the significant health, economic, and environmental benefits of medium and heavy-duty vehicle electrification.

The sale of allowances, like RGGI, will yield a steady stream of funds for clean investments, and economic growth. TCI will also help New Jersey attract private investment and stimulate a clean energy economy with good-paying jobs, thereby helping the state recover from the pandemic downturn. Nearly 10 percent of the labor force works in the transportation sector.

The program enables participating states to choose where proceeds are allocated, thereby allowing communities to tailor programs to specific needs. For example, there can be projects that will create multiple benefits for communities, such as clean transit near affordable housing, safer routes to schools, and climate.

“I am pleased to stand arm-in-arm with fellow elected officials to stress the urgency for New Jersey to continue to be a leader in environmental sustainability. While we have made great strides through landmark legislation and policy in the last few years, there is so much more work to be done to ensure our communities lower our negative environmental impact for future generations,” stated Hamilton Township Council President, Rick Tighe.

As of September, New Jersey requires mandatory permit denials if an environmental justice analysis determines a new facility will have a disproportionately negative impact on an overburdened community, thereby stemming environmental injustices. However Black and Brown and low-income communities in the TCI region have long suffered from significantly higher rates of exposure to health-harming pollution from transportation and other sources, due to decades of systemic racism that has influenced where highways, ports, airports, bus and truck depots, and other polluting infrastructure has been traditionally located.

“The health, prosperity, and resiliency in communities of color and economically marginalized communities must be central to any transportation investment program. TCI makes equity a priority by encouraging participating states to allocate a portion of revenues toward projects that benefit low-income and historically disadvantaged groups. It’s everyone’s right to breathe fresh air, with TCI we will be actively working towards that goal,” said Atlantic City Freeholder Caren Fitzpatrick.

EOPA urges Governor Murphy to advocate for a series of complementary policies that will ensure environmental justice principles are included in the implementation of TCI, including increased air monitoring in high-traffic areas, establishing an oversight committee of community leaders from frontline communities, and ensuring equitable investments that benefit all citizens.

In a recent webinar, TCI states presented a series of proposed commitments to address equity, including a commitment that each participating state would ensure at least 35 percent of the program’s investment benefits accrue to underserved and overburdened communities; commitments to establish diverse equity advisory bodies in each jurisdiction to advise on implementation; and program transparency.

“For too long, low-income communities and communities of color have been overburdened with dirty, unhealthy air as a result of our collective transportation choices. We need policies that not only address the emissions from our cars, trucks, and buses but just as importantly, reverse the injustices inflicted upon New Jersey’s most impacted communities,” said Princeton Mayor Liz Lempert.

To begin building a more equitable society New Jersey can become part of a regional cleaner, smarter transportation future with TCI that will lead to better health outcomes for everyone.

The mission of EOPA: To create a safe, prosperous, and healthy planet, we empower leadership from elected officials and civic leaders to protect our environment, and fight the climate crisis. EOPA educates through value-based storytelling, trains lawmakers, and connects elected officials to inspire strong environmental policy. Lawmakers who are veterans and elected officials lead our mission.

NJ is Lifting COVID-19 Restrictions. What You Should...