Towns to Host Scaled Down July 4 Event; Dafis Vows to Rebuild Event for Next Year

This July, South Orange and Maplewood’s July 4th celebration will look quite a bit different.

Both towns will celebrate the holiday together, on a much smaller scale than in previous years. There will be a youth bike parade followed by a two-towns pool party with activities for the whole family.

This year’s event will not include fireworks, or most of the events that used to be part of the day-long celebration in Maplewood. (South Orange used to also host a fireworks display but stopped doing so in the mid 2000’s.)

The towns sought to build a new event “from scratch” after the interruption of the pandemic the demise of the Maplewood Civic Association Fourth of July Committee. 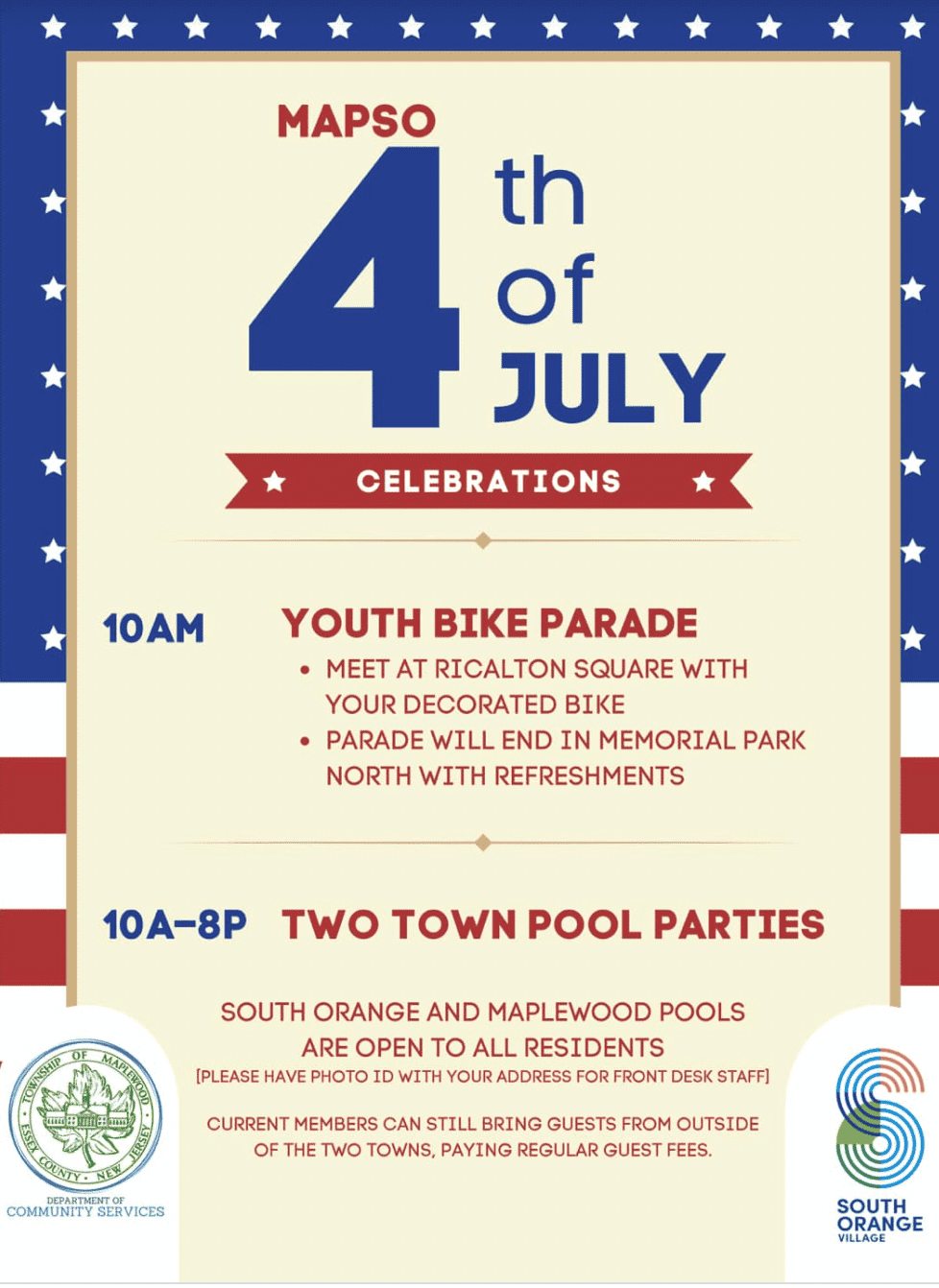 The celebration will be the first official July 4th event in the towns since the COVID-19 pandemic hit in 2020. Prior to 2020, however, Maplewood officials were already discussing scaling back the town’s 4th of July festivities due to increased crowds and costs.

However, Dafis said he would not “condone” social media posts that said the town “didn’t care” about July 4 and was “pitting” the  Juneteenth celebration (which included fireworks) against July 4.

“That is absolutely not true…there is bias there and all kinds of stuff,” Dafis said. “If you’re trying to suggest something nefarious, just stop it, because it’s not true.”

He noted that the Juneteenth celebration was a much smaller event, with a couple of hundred attendees — versus the thousands that typically attended the July 4 fireworks in Maplewood.

TC member Nancy Adams pointed out that the traditional July 4 event had grown in recent years, and that some residents had expressed a desire to return to a smaller-scale celebration that is for the actual SOMA community.

“It’s not really a community event [anymore], we actually fence off our fields…” and people pay to attend, said TC member Frank McGehee, who also pointed to the high costs of the event.

“We’re going to build this back, and it’s going to be wonderful…” Dafis promised.

Watch the meeting here; the discussion begins at around 1:52.