We could all use a good laugh. Throughout SOPAC’s 2021-2022 season, there are several opportunities for audiences of all ages to experience side-splitting comedy shows. Laughs in the Loft, a hilarious stand-up series featuring a changing roster of jokesters, is held monthly.

On February 12, join wholesome comedian Ryan Hamilton for a rib-tickling evening. On February 25, Colin Quinn, known for his political commentary, is sure to present an uproarious show. In addition, SOPAC will host two comedic variety performances as part of its Kids ‘N Family Series: BubbleMania! on January 15 and The Heart & Soul of Magic on February 12. For more information about the acts and to purchase tickets, visit SOPACnow.org/comedy. 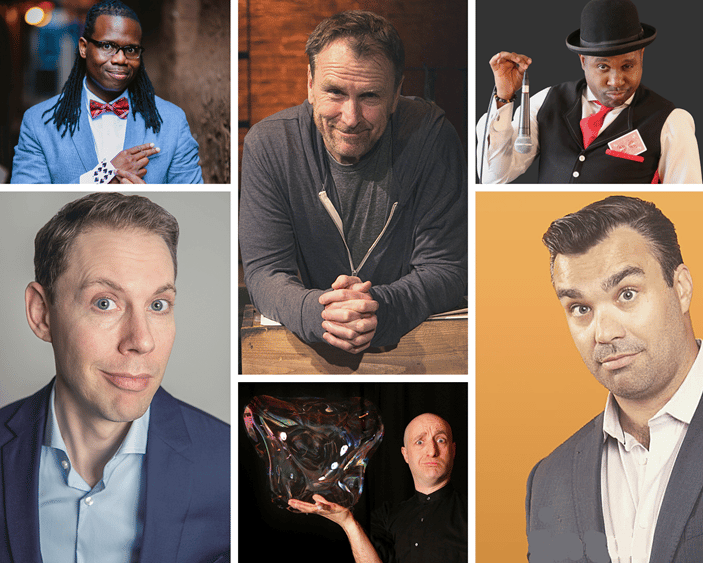 Ryan Hamilton
Saturday, February 12 at 8PM; $28-$35
The wholesome, Idaho-bred comic’s Netflix special, Happy Face, was called “the special you can’t watch enough times.” Ryan Hamilton was named one of Rolling Stone’s Five Comics To Watch and can be seen in numerous television appearances.

Colin Quinn: The Last Best Hope Tour
Friday, February 25 at 8PM; $33-$48
On Sale Soon: Members, September 27; Public, October 1
Comedian, actor and author Colin Quinn has become one of the most beloved voices in comedy. He often focuses on the roller coaster ride that American politics and culture has historically been. On the heels of his HBO Max special and new book, Quinn cracks up audiences on his latest tour.

The Heart & Soul of Magic
Saturday, February 12 at 1PM; $18-$25
Breathtaking, mind-blowing and astonishing are just a few words that describe this show featuring two world-class magicians: Ran’D Shine and Jamahl Keyes. This unique production weaves a tapestry of psychological illusions, comedy and music to create an immersive amazing experience that will keep you on the edge of your seat.