Making the Call: Maplewoodstock Organizers Discuss the Decision to Postpone 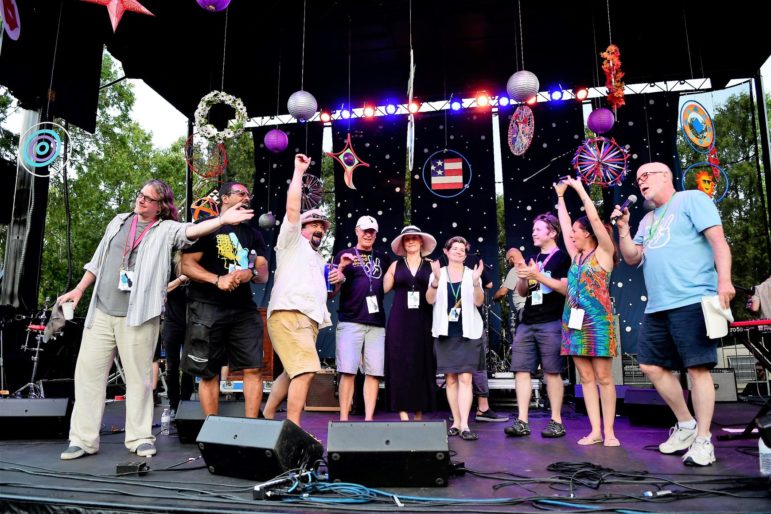 Last week, organizers announced that the 2020 Maplewoodstock Music and Arts Festival would be postponed from the second weekend in July until October 3-4: “While there is a chance that the social distancing/social gathering restrictions may be lifted by mid-summer, out of an abundance of caution and concern for the safety of our fellow community members we felt that postponing until the fall was the prudent decision to make.”

In a Zoom interview on April 15, four of the nine members of the Maplewoodstock committee discussed how they came to that tough decision and how “everything is on the table” in terms of keeping the event going and keeping everyone involved safe.

Event Chair Tom Kerns also noted that the committee took into account “the local businesses who sponsor and fund the event as well as the suppliers were going to be suffering” as well.

Learned said that the hope was that the event could be put on “pretty much the same” in October as it had in July — albeit with more shade and cooler temperatures. He noted that, although the headliners have not been announced, the new dates allowed them to keep those acts.

Kerns did note “the possibility of the virus still being around” come October. “We obviously have that in mind as well and we will be working very closely with the Township. Even if the social gathering restriction is lifted, there may be anxiety around people getting together. We’ll be flexible, whether that means moving it again or canceling.”

When asked if Maplewoodstock could be broadcast remotely, Kerns said, “Everything is on the table.”

But Ross added, “There’s been no discussion of a virtual festival” as yet. “We’re still hoping for the best and planning for that.”

Chandler said that organizers were currently missing out on the opportunity to sell swag at MayFest and in front of Kings in Maplewood Village, and said the festival hoped to have merchandise available this summer for sale to help raise funds.

Finally, Kerns wanted to thank the public for the reaction to the postponement. “It’s been extremely positive. All the reactions from the public have been phenomenal . So thanks to the community.”