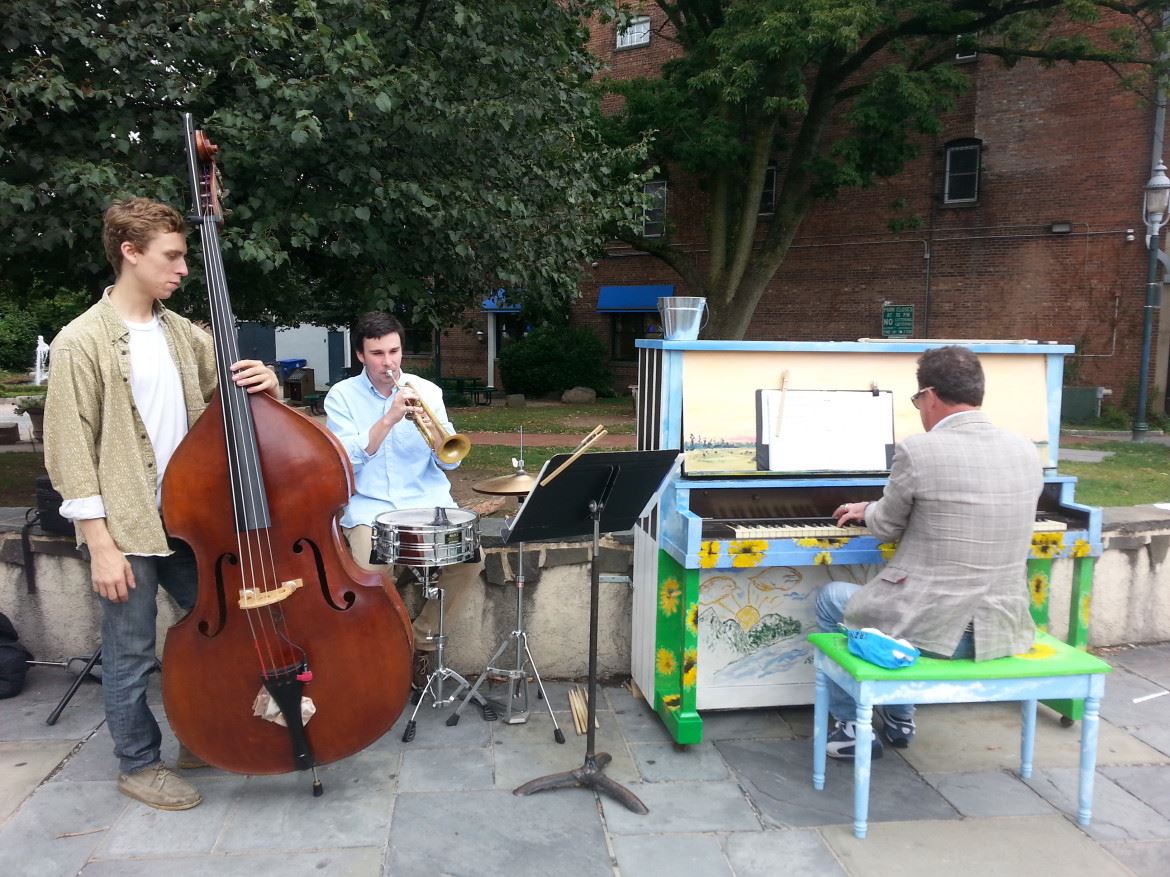 The second annual Playin’ Around South Orange hit the streets of the Village Center this Saturday, Aug 23 as professional musicians played the newly unveiled and fancifully decorated pianos at various locations.

Pianists and other musicians throughout town gathered to perform, even as rain began to drizzle. The Spiotta Park piano even had CHS grad Ken Kenselaar on bass and Rutger’s grad George Maher on trumpet playing old-time jazz with Rod Brennan.The six piano locations are:

The pianos, which will be available until October 6, are free to be played and enjoyed by the public.

Every Wednesday, a jam session will take place from  5-7 p.m. at the Sloan Street Gazebo.

The pianos will be auctioned at the end of the display, with proceeds benefitting South Orange Performing Arts Center‘s education programming.

Be sure to check out the pianos around town while the weather’s still warm!