What’s With All the Sex in the Suburbs? South Orange Author Debuts ‘Objects of Desire’ 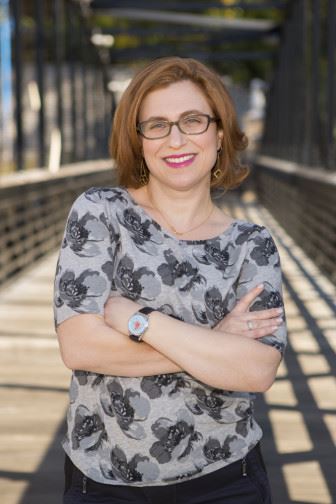 Now, we’re hearing from another local author on the self-same subject of sex.

From the release by Schiffer Publishing, Ltd.:

Orrell has been writing about product design for more 20 years. While products editor at Architectural Record magazine, she contributed to many award-winning issues, including those in 2003 that earned it a National Magazine Award for General Excellence. She has an MA in Creative Writing from CUNY Queens College and curates two design blogs, designythings.com and architects-toybox.com. A native of Queens, NY, Orrell lives in South Orange with her husband and two children.

We asked Orrell a few questions about her enticing new title.

Village Green: What’s with Maplewood/South Orange authors writing about sex? Is there something about the suburbs that brings out the sexy?

Rita Catinella Orrell: As much as I’d like to share that we have a secret “Sex Writers Club” that meets every other Tuesday at the Village Diner, I don’t think that there is anything particular to suburban life that lends itself to writing about sex. I think that there are just so many writers in South Orange and Maplewood that the subject is going to statistically come up as a book topic more often than in other places in the country.

Can you talk a little bit about Maplewood and South Orange as a center for people in the arts? (So many authors here…) Do you feel like you are part of a vibrant creative community in Maplewood/South Orange?

Absolutely, and it was one of the reasons we moved here (in addition to the easy commute and access to edible bagels). We have friends and neighbors who are Broadway actors and musicians, television producers, children’s book writers, painters, etc. I was wearing a shirt the other day that I bought at a Broadway show, and another parent asked me if I worked on the set. Where else do folks assume something like that? It’s fantastic. In addition to my design writing, I am also working on several children’s book manuscripts. Without having to look too hard, I have found a critique group of local children’s book writers who are incredibly supportive. 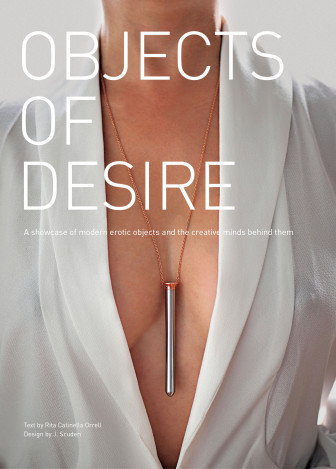 I’m guessing you never wrote about products like this [sex toys] for Architectural Record? Or am I wrong?

You’re an award winning magazine and product design author. Did you worry that you wouldn’t be taken as seriously writing about sex toys?

I was never really worried about being taken seriously in the design world, as they tend to understand that everything must be designed, but that didn’t mean that I was automatically comfortable talking about the project with everyone. I felt I had to do a lot of explaining, but for the most part, folks were receptive and interested. We tried to present the product design in an open-minded, impartial, and inclusive fashion, which I think really helped explain our approach was serious and sophisticated and not lewd or crass.

My biggest concern was breaking into the sex toy world and getting folks who didn’t know me at all to return my emails. As I got to know the sex bloggers, manufacturers, and other industry insiders, I ended up becoming more confident talking about the project with others outside of the industry. It helped that I worked with the fantastic book designer Jason Scuderi who helped us show companies the vision we had for the book even before it was finished.

Will we see you soon reading and signing books at Words Bookstore?

Our book launch will be on Thursday, March 31 from 7:00-9:00 p.m. at Babeland at 43 Mercer Street in New York City. We will have refreshments, giveaways, and free samples for guests. We hope to have a local event later this year – we’d love it if Words wanted to host us!