A winter storm that began Sunday and tapered off into a smattering of snow flurries by Tuesday afternoon provided plenty of sledding opportunities at Flood’s Hill, along with other slopes throughout South Orange and Maplewood.

The slow-moving weather front allowed local officials to make preparations beginning on Sunday, with Maplewood issuing its own storm warning and South Orange declaring a state of emergency.

The South Orange-Maplewood School District, which brought some students back for in-person learning last month, called for an all-virtual day on Monday and — finally — a snow day on Tuesday. It later moved all classes to remote instruction for the rest of the week.

Officially, South Orange saw a total of 18.6 inches of snow, NJ.com reported, while some areas of New Jersey were pummeled with as much as 30 inches.

And local weather-forecasting rodent Essex Ed reportedly did not see his shadow on Groundhog Day, signaling the impending arrival of spring. Branching out, Essex Ed via a Zoom call also picked the Tampa Bay Buccaneers to win Super Bowl LV. 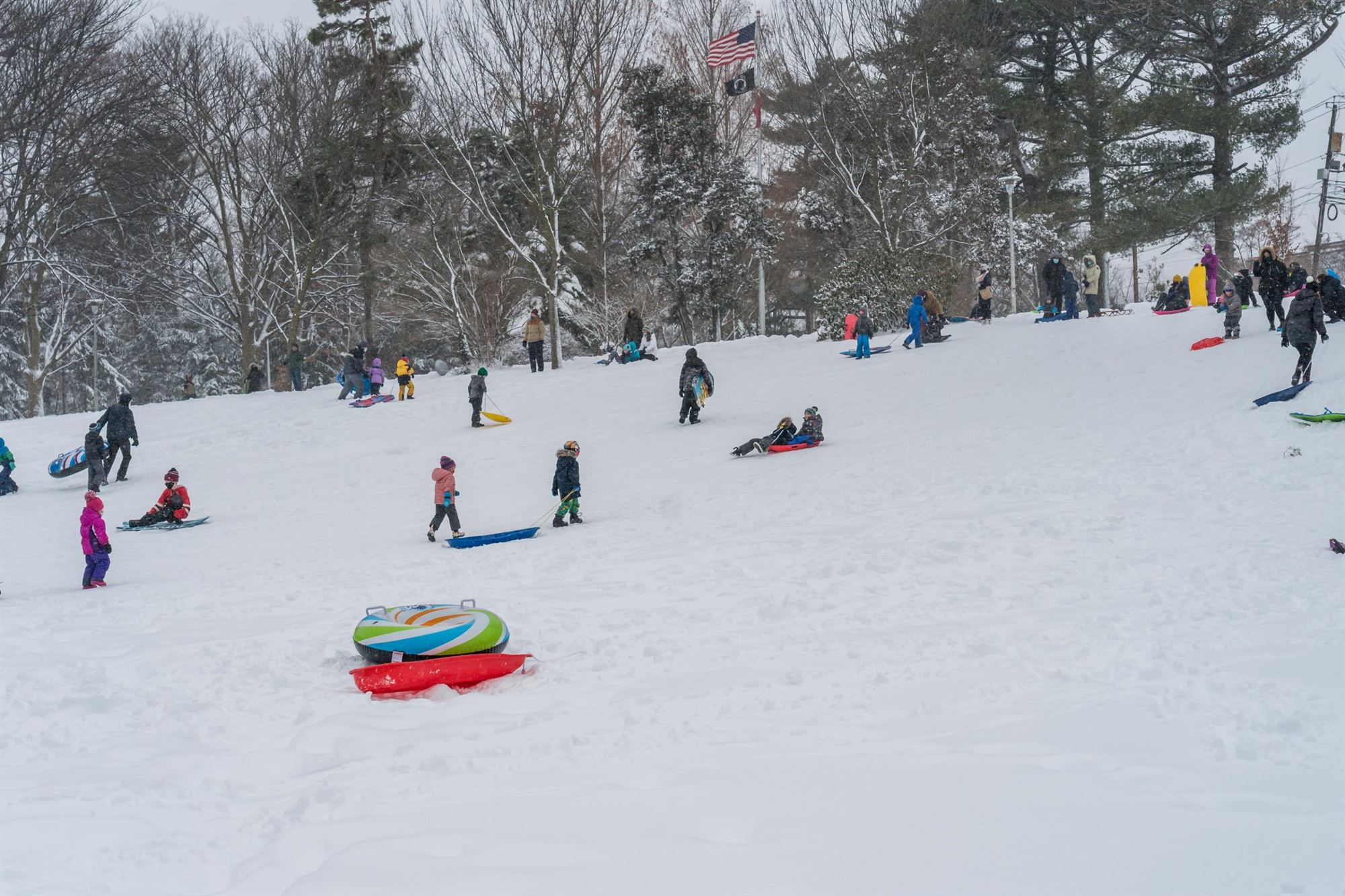 A snow day gave many Maplewood and South Orange children — and adults — the chance to take to the local slopes. (Photo by Joy Yagid) 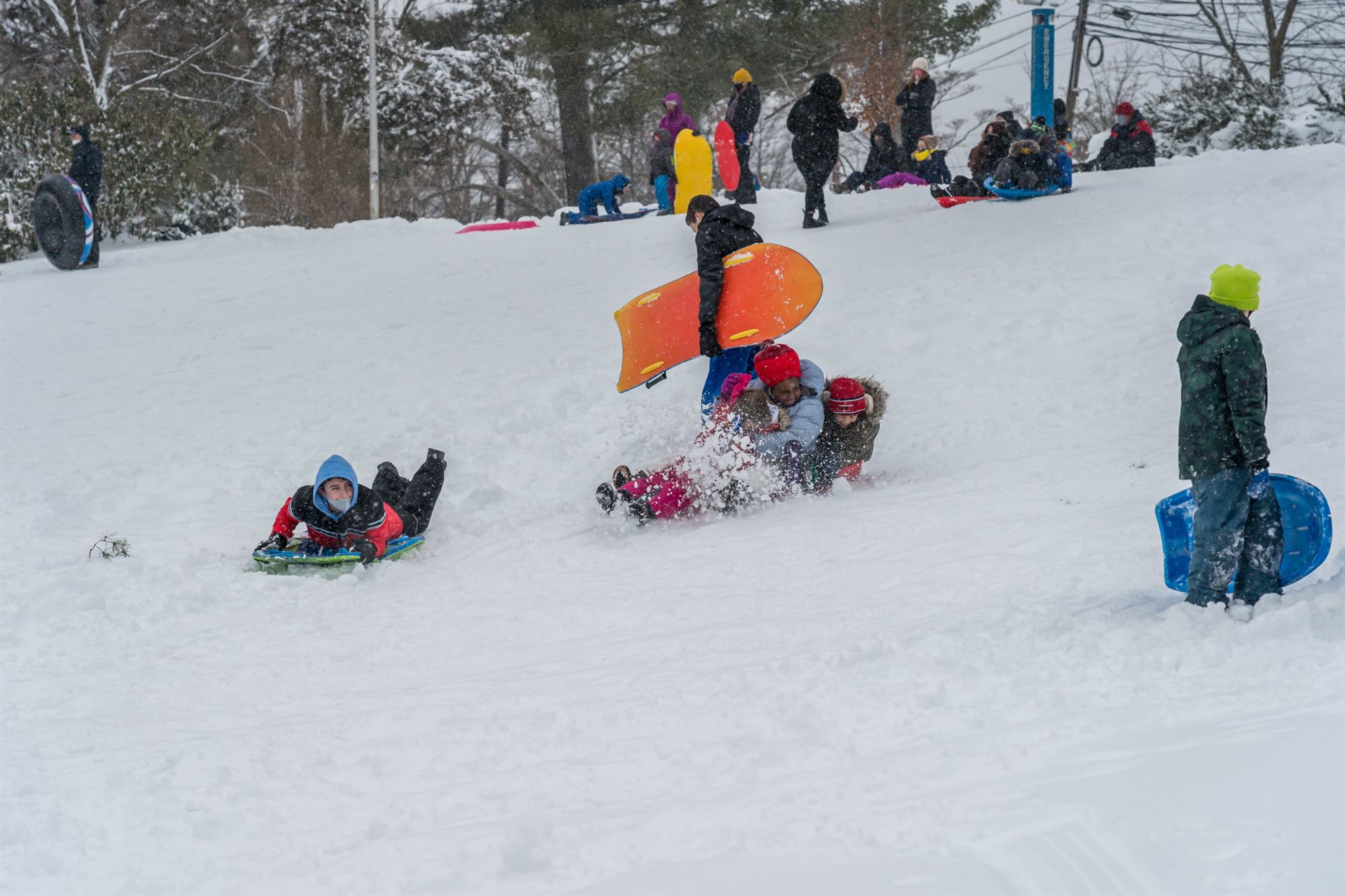 Maplewood and South Orange residents of all ages went sledding on a public school snow day. (Photo by Joy Yagid) 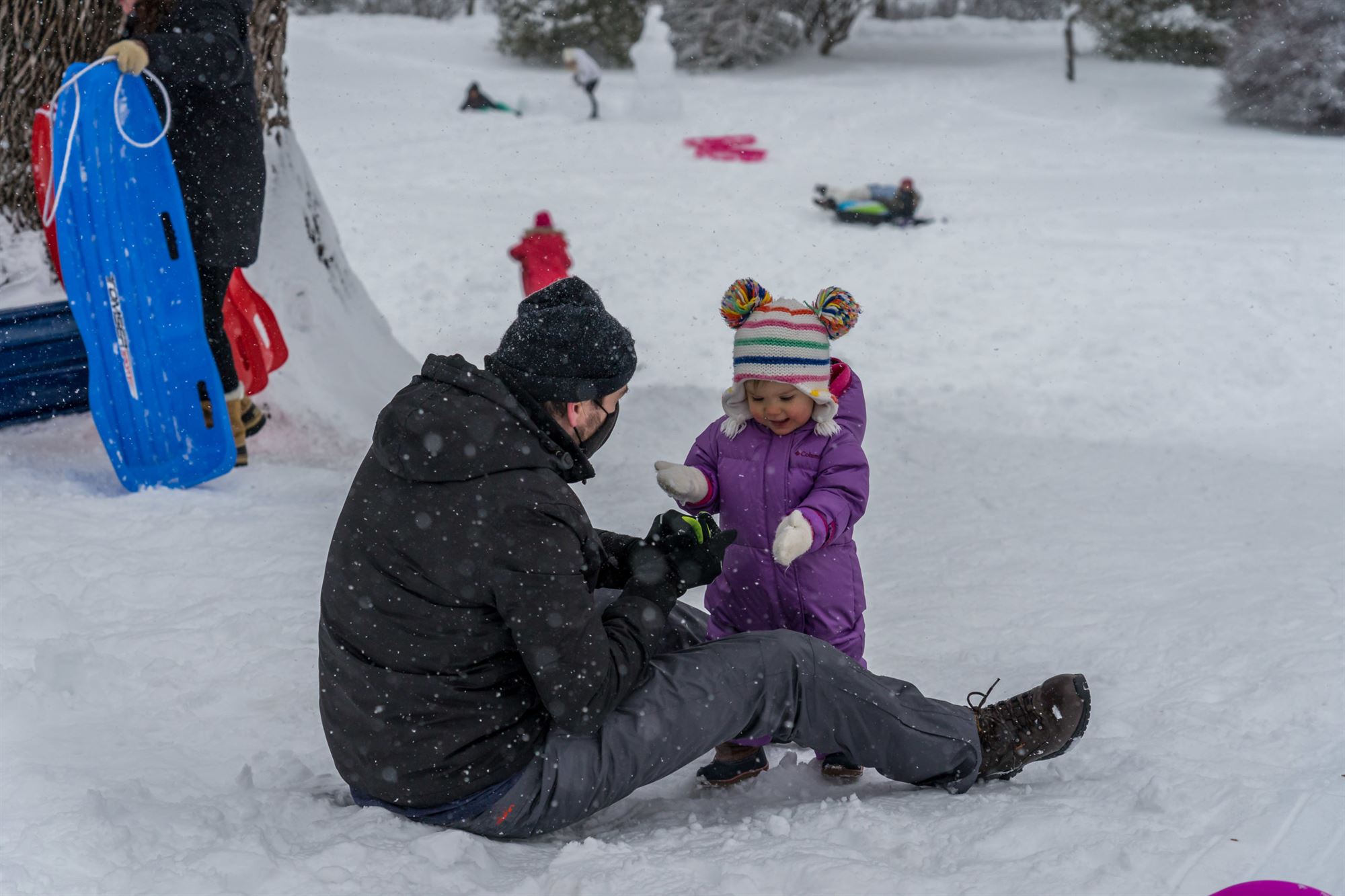 A tiny sledder gets a helping hand. (Photo by Joy Yagid). 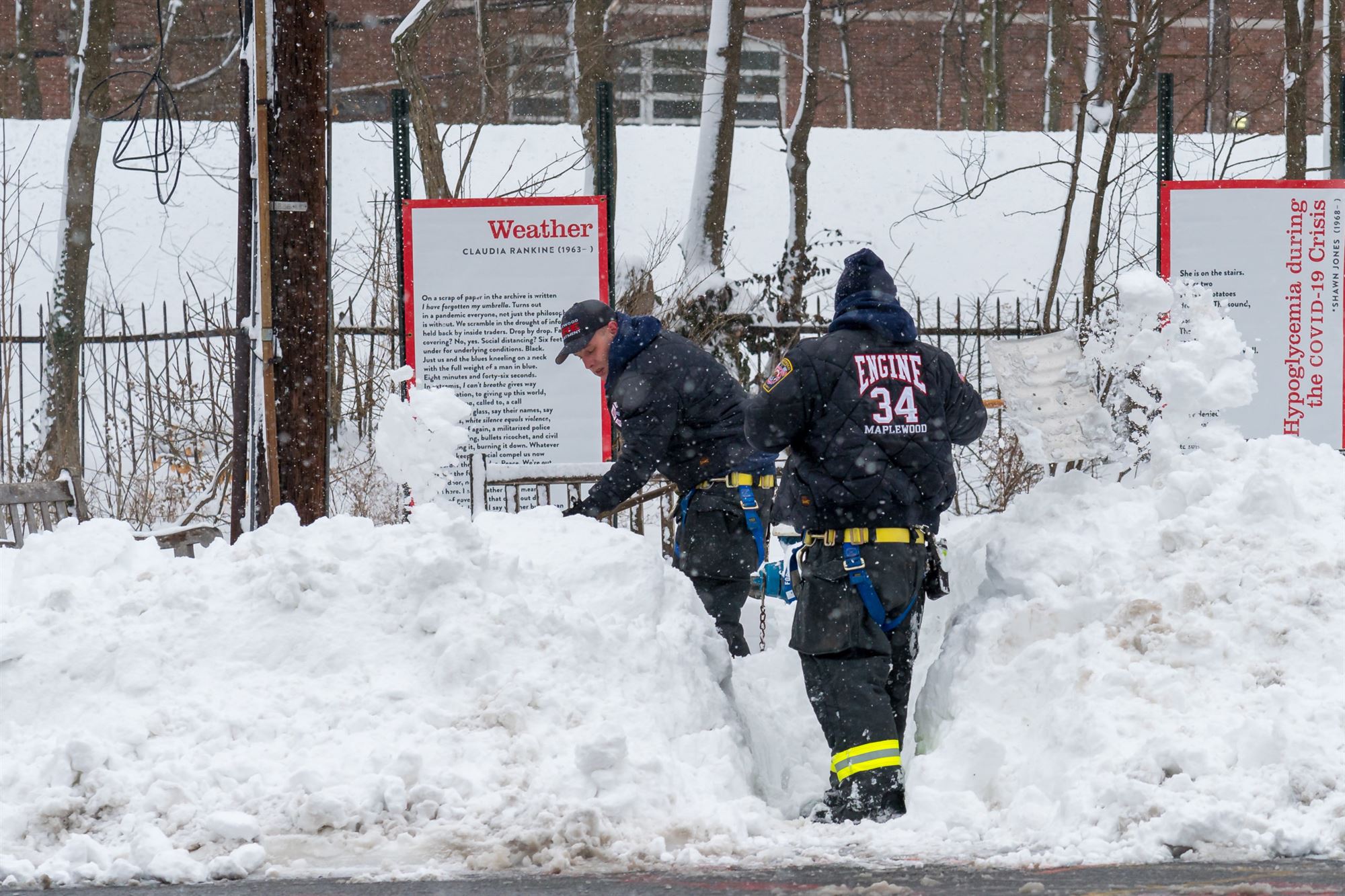 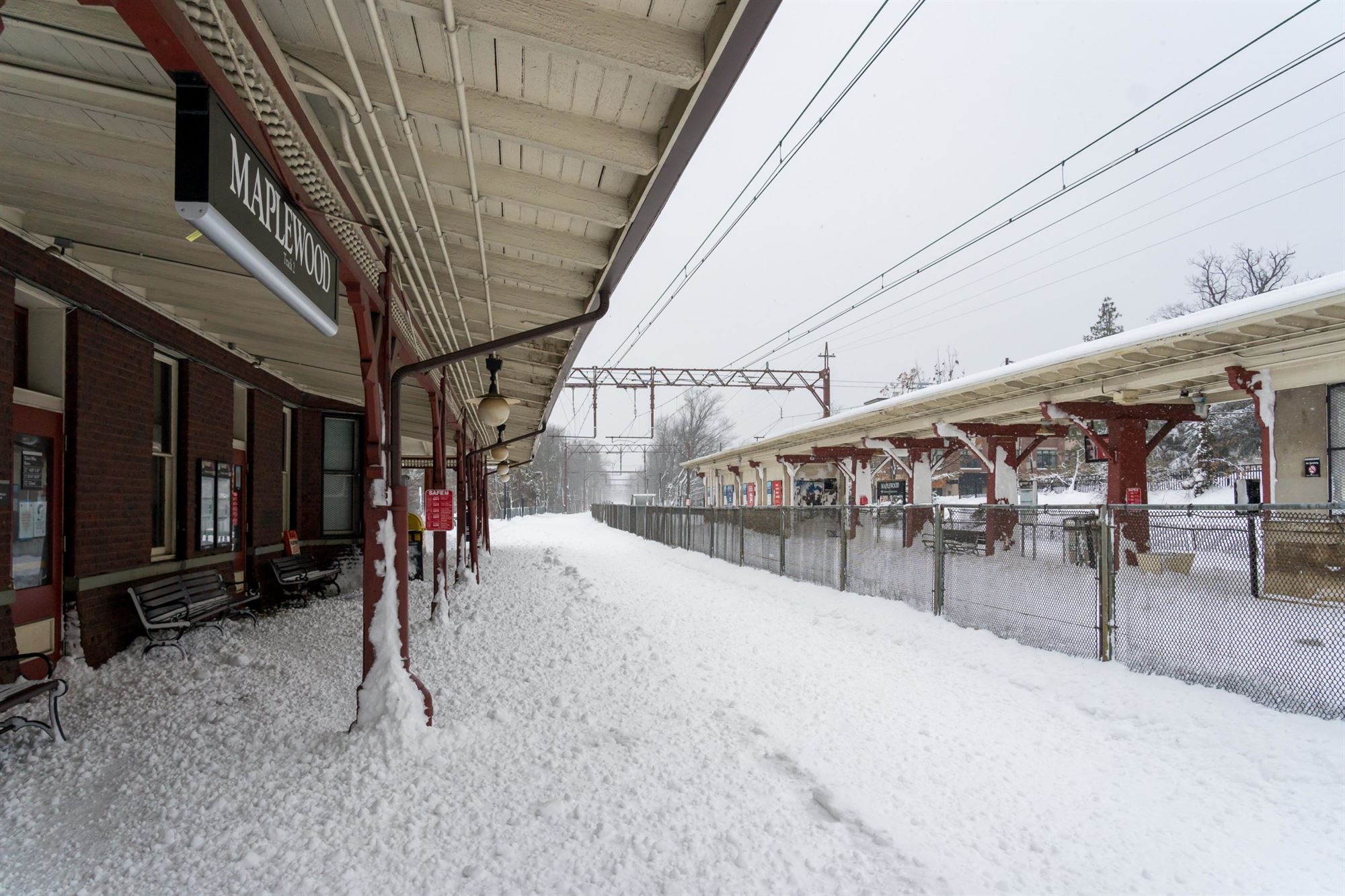 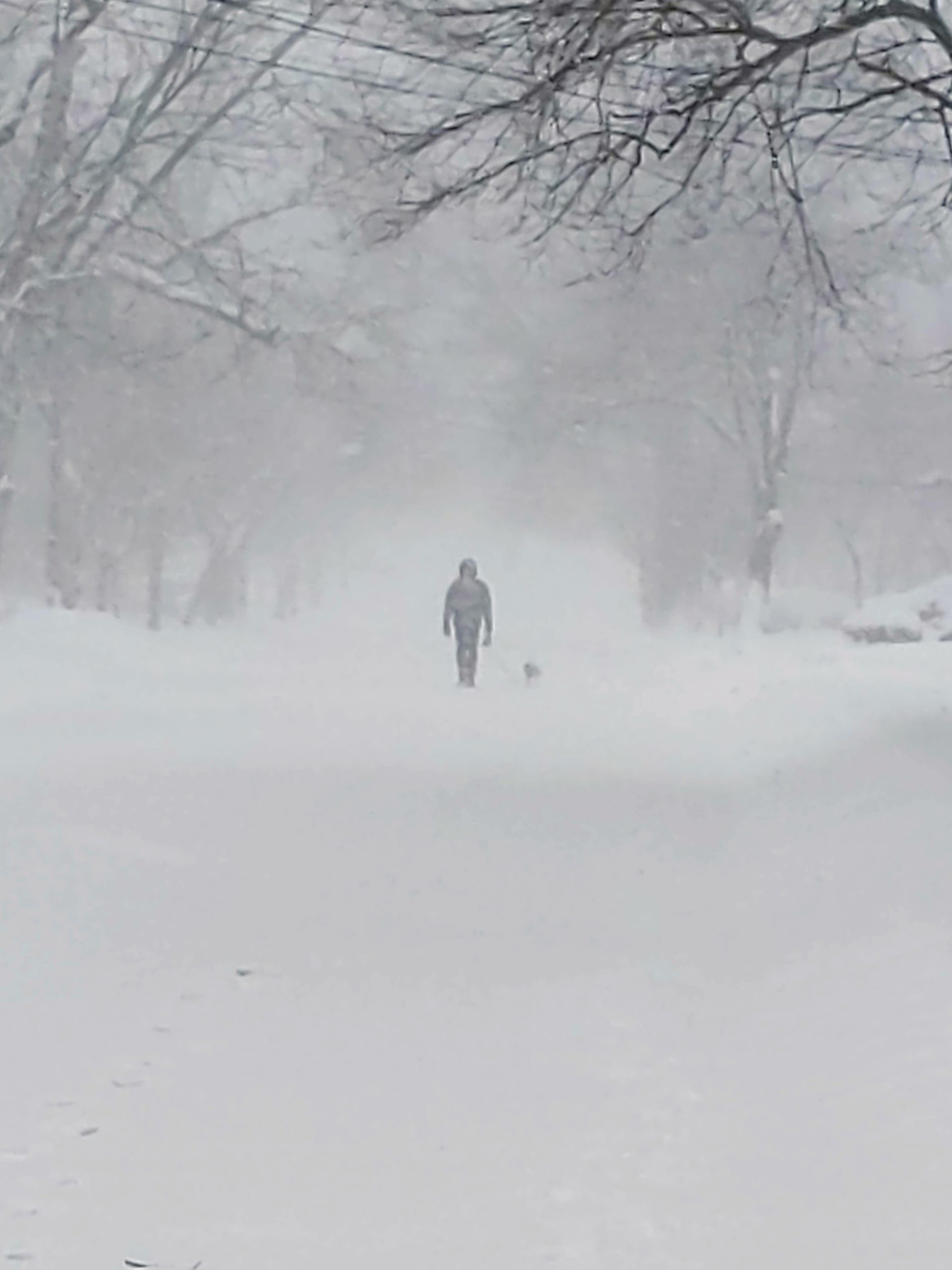 Snowy streets were a common sight across Maplewood and South Orange after a two-day snowstorm. (Photo by Joy Yagid)