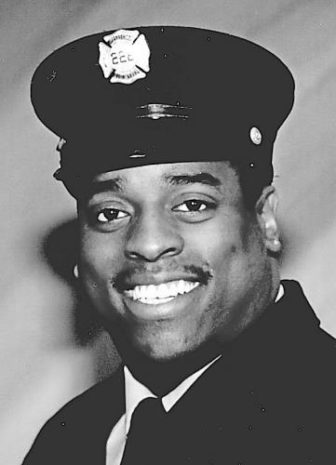 Greg Snell passed away on December 6. A graduate of Columbia High School, he was the first African American Maplewood firefighter and he made headlines with his friend and “brother” Joe Callaghan when Callaghan donated a kidney six years ago to save Snell’s life.

Snell was looking hale and hearty when I last saw him in 2016 at the dedication of the new September 11 memorial outside the Hilton Library in Maplewood.

Several years before, Snell, once a powerful firefighter and former defensive end for the Columbia High School football team, had been forced to retire because of failing kidneys after more than 18 years of service on the Maplewood Fire Department. Callaghan, watching his friend deteriorate, stepped in and offered one of his kidneys — despite the fact that he was still on the job and a father to four children.

For his actions, Callaghan was recognized as the Firefighter of the Year by the Maplewood Township Committee but the attention made Callaghan uncomfortable as he thought Snell should be the story and the hero. Callaghan called Snell “a big teddy bear” and “the best guy you’d ever want to meet. Seeing him that ill, it was the easiest decision I ever made.”

Last year, when I finally met Snell, he offered a big smile and ready handshake. He told me  that he was able to lead “a full and productive life” because of the “generosity” of Callaghan. “Joe and I remain friends and see each other periodically at social events. I am forever grateful to him,” said Snell.

Snell detailed his recovery: “Two years ago I walked in my first 5k walk/run event. I did not finish at the top, but I did finish the race course which happened to be 3.11 miles. Prior to the kidney transplant, walking a block would tire me. The transplant has improved my quality of life, for I can now exercise, jump rope with children in the neighborhood and enjoy the beauty of nature.”

Snell also noted that “the transplant has brought me closer to God. I am in awe every day that God gave me the gift of life. For that, I am truly humbled and blessed.”

At the December 18 Board of Education meeting, Board of Education President Elizabeth Baker recognized Snell, CHS Class of 1983, for contributing “greatly to the fabric of our lives and the well-being of our children and our schools.” Snell was recognized along with Ted Cole and Sharon Duberman Geraghty. All three were remembered with a moment of silence. 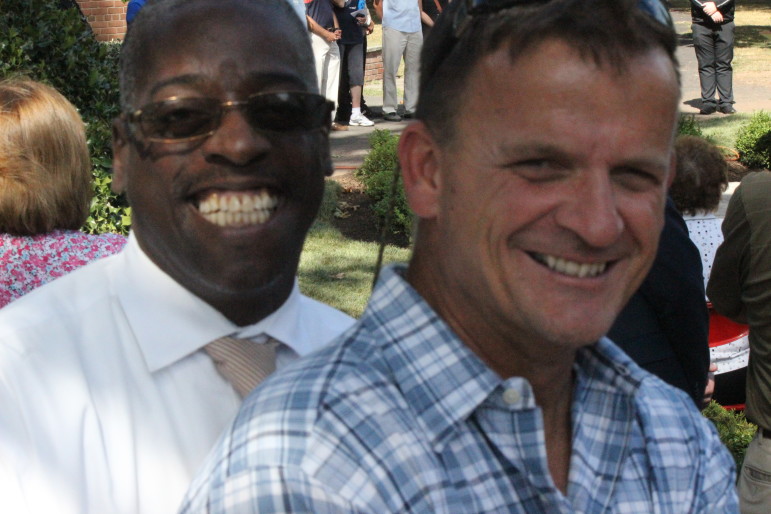 Greg Snell and Joe Callaghan at the dedication of the Maplewood 9/11 Memorial, September 11, 2016

In Memoriam: Those We Lost in South Orange-Maplewood...

Village Green 2022: The Stories that Captured Your...