Seth Boyden Gets a New Principal, Amidst Discussion About Selection Process 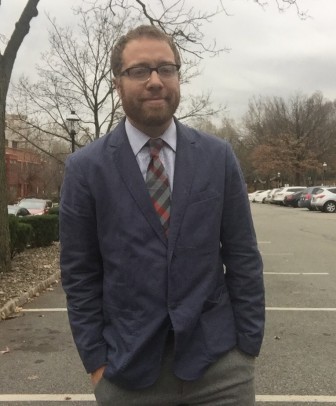 Damion Frye, formerly the Special Assistant to the Assistant Superintendent of Newark Public Schools, is the new Principal of Seth Boyden Demonstration School in Maplewood.

Frye’s appointment was approved by the Board of Education last night — but not unanimously. Board member Annemarie Maini recused herself. And Board member Johanna Wright voted no after protesting the fact that, of the two Seth Boyden parents on the interview committee, neither was an in-zone parent.

Seth Boyden Demonstration School is unique among district schools in that families from throughout the district can opt in. However, families who are “in-zone” do not have an option to opt out, a long-term point of contention.

Frye comes to the South Orange-Maplewood School District with extensive credentials — as well as this profile in The New York Times from 2007.

Frye holds a BA in African American Studies from Bates College, and a Masters of Arts in Teaching from Brown University. He is currently enrolled in a Doctorate Program at Teachers College at Columbia University.

He has served as a Special Assistant to the Assistant Superintendent of Curriculum & Instruction in Newark Public Schools since 2013. Frye previously served as Director of Mathematics in NYC Public Schools in District 79, as a language arts teacher and dean of students at the Equity Project Charter School, and as an Elementary Teacher at Benjamin Banneker Charter School.

From a bio provided by the South Orange-Maplewood School District: “Mr. Frye’s work as an instructional leader, teacher, and administrator, and his background in staff development, technology integration, community programs and PTA activities, speak to his strengths to cultivate relationships with students, staff and families to ensure that all students’ educational and social needs are met. It is with great enthusiasm that we recommend Mr. Damion Frye as the new Principal of Seth Boyden Demonstration School.”

Before the Board voted to appoint Frye, Wright protested the process: “I had a concern after hearing from community members from the Seth Boyden area that parents in the zone were not afforded the opportunity to be a part of the process of the selection. To leave out that viable part of the community is unconscionable,” said Wright, who added, “I hope this won’t happen again.”

Superintendent of Schools Dr. John Ramos countered that the process was inclusive, saying that “the hiring process included several steps — first we asked for input from the community at Seth Boyden to understand what the community was looking for.” Ramos said there were more than 100 applicants for the job: once those applications were reviewed and narrowed to 14 for interviews, “parents and teachers were involved in that process.” This was followed by a “meet and greet at the school where the finalists had an opportunity to represent their entry plans and be questioned by a parent representative and a teacher representative in front of an audience of school stakeholders.”

District spokeswoman Suzanne Turner further clarified in an email: “Yes, in-zone SB parents were invited to participate in the survey to build the leadership profile, and invited to the Meet and Greet. The invitations to both were sent to all families with students enrolled in Seth Boyden. The invitation to the Meet and Greet was also posted on the district website, and a follow up email went out that day to remind families of the event and encourage participation.”

In an email, Seth Boyden PTA Co-President Amelia Nickles wrote, “All families were invited to submit their names to be on the interview committee. There were two spots for parents. The rest of a fairly large committee were teachers and administrators. The requirement that you be free for two full days of interviewing eliminated many people, including me. But everyone was invited to apply. The committee didn’t review the 100 plus applicants, only those already chosen for interviews. The meet and greet was in the evening at the school making it accessible to most of our families. The PTA communicated with all families about how to be involved. We took it very seriously and made strong efforts to let everyone’s voice be heard.”

An in-zone parent who said that she volunteered for the interview committee reported that she was not selected: “I sent a follow up email and eventually got a ‘you weren’t selected email’ but was later intrigued to be told there were no in-zone parents [on the interview committee] because of so many qualified volunteers.” The parent, who asked that we not use her name, said she volunteered for the committee only after “staff strongly urged me to do so.” She also said that she was never asked for qualifications or “for any substantive information.”

Committee selection was made on the district administration level.

After the vote last night, Frye told the Board of Education and the audience, “I’m really excited to get started.”