The Columbian: The Class of 2020 and How COVID-19 Has Impacted the Lives of Our Seniors

written by Noori Zubieta, InDepth Co-Editor for the Columbian May 25, 2020
0 FacebookTwitterPinterestEmail

With all schools in New Jersey in distance learning mode, the dedicated staff of Columbia High School’s award-winning student newspaper, The Columbian, proudly present their first on-line edition at thecolumbianchs.com. The following guest column “The Class of 2020 and How COVID-19 Has Impacted the Lives of Our Seniors,” by Noori Zubieta, InDepth Co-Editor, Class of 2020, was originally published by The Columbian on April 28, 2020. With permission from CHS administration and staff at the newspaper, Village Green will be posting more content from the current issue of The Columbian in the coming weeks. 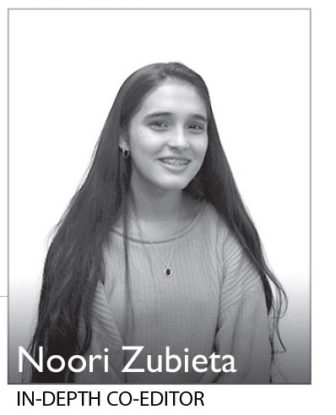 Friday, March 13 might just have been the last time Columbia High School (CHS) seniors walked their hallways. That fateful half-day marked the end of the familiar school routine and the start of life under state-mandated quarantine. The transition has been unwelcome to many as they mourn the potential loss of favorite school events: Matilda, the Special Dance show, graduation ceremony, prom, Midnight Madness, senior nights and national conferences. CHS seniors felt the deprivations all the more acutely, recognizing that they have been robbed of the special events unique to their much-anticipated final year as well as their last opportunities for annual events.

The first cancellations of the new coronavirus were the March showings of the CHS musical, Matilda. On March 12, directors announced that the show would be postponed indefinitely as the large crowds present at shows would be an undue risk. Abigail Strugger, ‘20, who was in charge of special effects, recalled, “It’s really rare to have the directors call everybody to the stage, cast, crew, and pit, … so when it was cancelled, honestly I was just confused. … All of a sudden the show was postponed, and I was like, ‘What’s happening?’ And a lot of people were crying. A lot of people were calling their parents and sitting in the hallway and sobbing. It stinks. Everything’s building up to certain events, and then it’s just gone.” While the crew has already had to send back rental props and costumes, Strugger said she hopes school will be back in June for new showings as she hardly wants to miss her last year on the musical crew.

As of yet, most major events have only been postponed rather than cancelled. School is currently indefinitely suspended with late May being the time for earliest possible return based on Gov. Phil Murphy’s last statement regarding public school re-openings. Essex County’s proximity to New York and its population density, however, suggest a later—or nonexistent—return is likely; Murphy said that “we are a still a number of weeks away [from the end of quarantine]” on April 26. Thus, while nothing has been officially cancelled yet, seniors and other CHS students fear the worst for their shows, sports seasons and graduation week.

“All of a sudden the show was postponed, and I was like, ‘What’s happening?’ And a lot of people were crying. A lot of people were calling their parents and sitting in the hallway and sobbing. It stinks. Everything’s building up to certain events, and then it’s just gone.” — Abigail Strugger

Just as Matilda had been postponed, the Special Dance show and sports events likely will be too. The Special Dance Company’s rehearsals have already gone virtual, and the usual mid-May performances may not occur at all. On hearing news of the quarantine, Shania Campbell, ’22, said, “I was happy our school was taking health precautions, but I knew deep down that this might affect the Special Dance shows.” Meanwhile, for sports, the spring seasons had yet to start when the pandemic hit on a widespread scale in America, so many student-athletes never made it to practice. Terrel Williams, ’20, a track athlete, said that he was “heartbroken” when he found out, saying, “I’m going to be the most sad about not being able to spend the time we had left with friends.”

Extracurricular activities, artistic and athletic alike, face delays and potential cancellations, but seniors, many of whom have already experienced musicals, games, and the like before, are more worried about senior-centric events. Grace Bratter, ‘20, said graduation was the thing she most wanted to survive the quarantine. “It might sound cheesy, but our whole lives led up to that one moment of us graduating and going to college,” she said. Strugger added, “It’s really disappointing not being able to go to prom because you always hear about it in movies and TV shows and everything, and all of a sudden, we don’t even get to experience it.” Of midnight madness, reactions are more tempered; Strugger noted, “While I wasn’t ever particularly excited about it, it’s disappointing just like everything else.”

An additional hurdle for seniors manifests itself in the college decision process. Strugger has had a difficult experience: “I’m stressed now because I haven’t toured any of the colleges I got into, so I’m going to end up choosing a school I’ve never even seen in person. I’ve done virtual tours and virtual info sessions for all of the schools I’m considering, but they’re really not the same. Honestly, I’ve hated some of them.” For now, Bratter and Strugger said, all seniors can do is just hope their first term of college comes around as planned. Williams added, “I don’t think anyone expected the quarantine to come how it did at the time, and I’m hoping there is still a chance to come back from this.”