A Letter of Thanks: Naming Jerry Ryan Plaza Would ‘Mean the World to Him’ 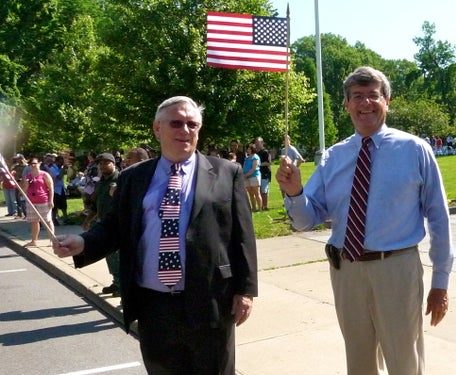 Jerry Ryan (left) with Vic DeLuca in 2010 at what will soon be known as Jerry Ryan Plaza.

I am writing to express my deepest gratitude for your recent resolution to name the plaza in front of the Maplewood Municipal Building after my late husband, Jerry Ryan.

As you know, public service to Maplewood was the bedrock of Jerry’s life. From the start of his first term on the Township Committee in 1992 to his final planning board meeting in 2020, he brought his heart, soul, and boundless amounts of energy to the job. Over the years, he engaged with thousands of concerned citizens, not just at meetings, but in line at the grocery store and over dinner at the pub.

To quote Mr. Rogers (another guy who knew something about neighborhoods), Jerry was a helper. He wanted the best for the people of Maplewood and never stopped working to make a difference in our lives.

Most of all, he was proud of the relationships he nurtured with his colleagues in public service – including all of you. He was honored to run with (or against) you, support you, argue with you, walk by your side, and call you his friends. This tribute would mean the world to him. 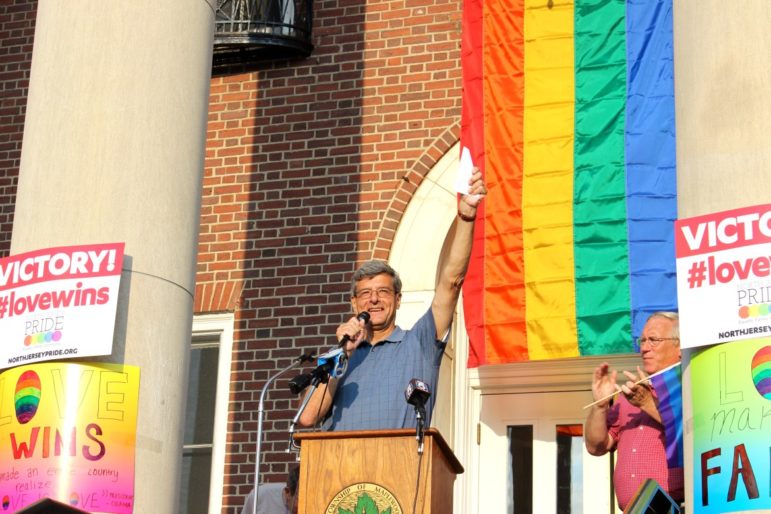 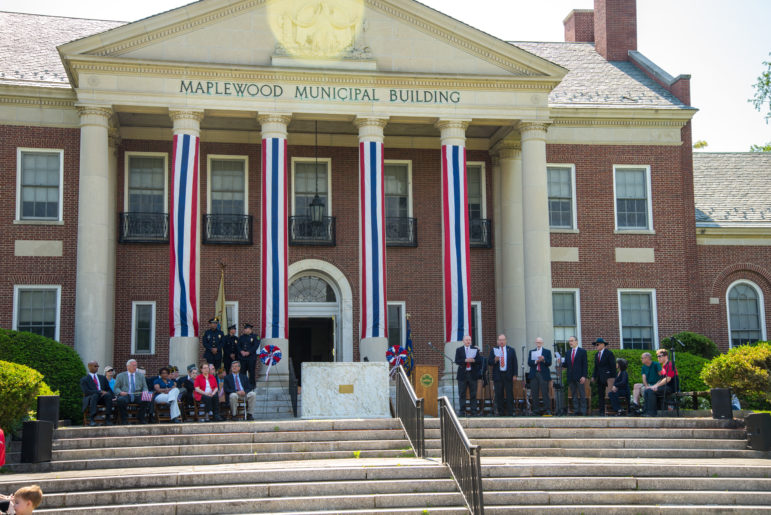 Memorial Day 2015. Photo by Joy Yagid. Ryan is seated on the left between Marlon K. Brownlee and India Larrier. 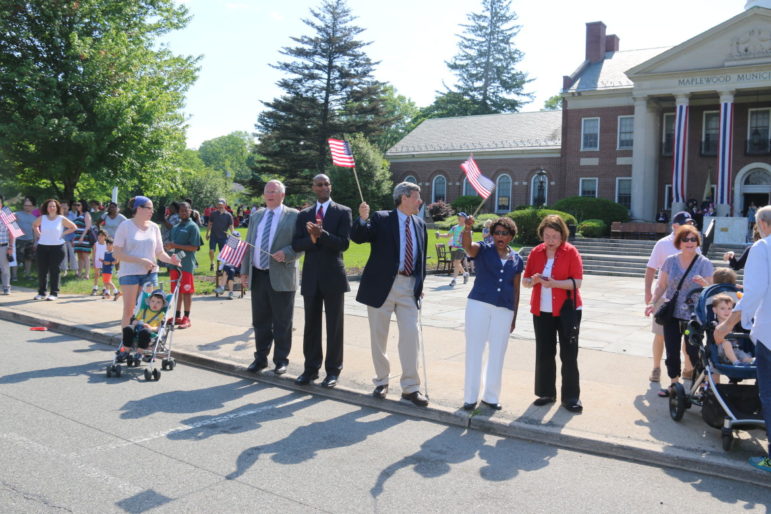 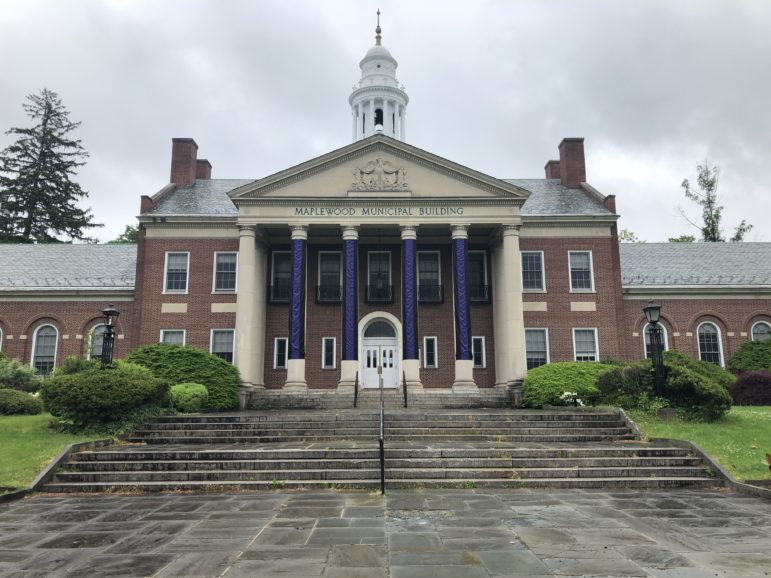 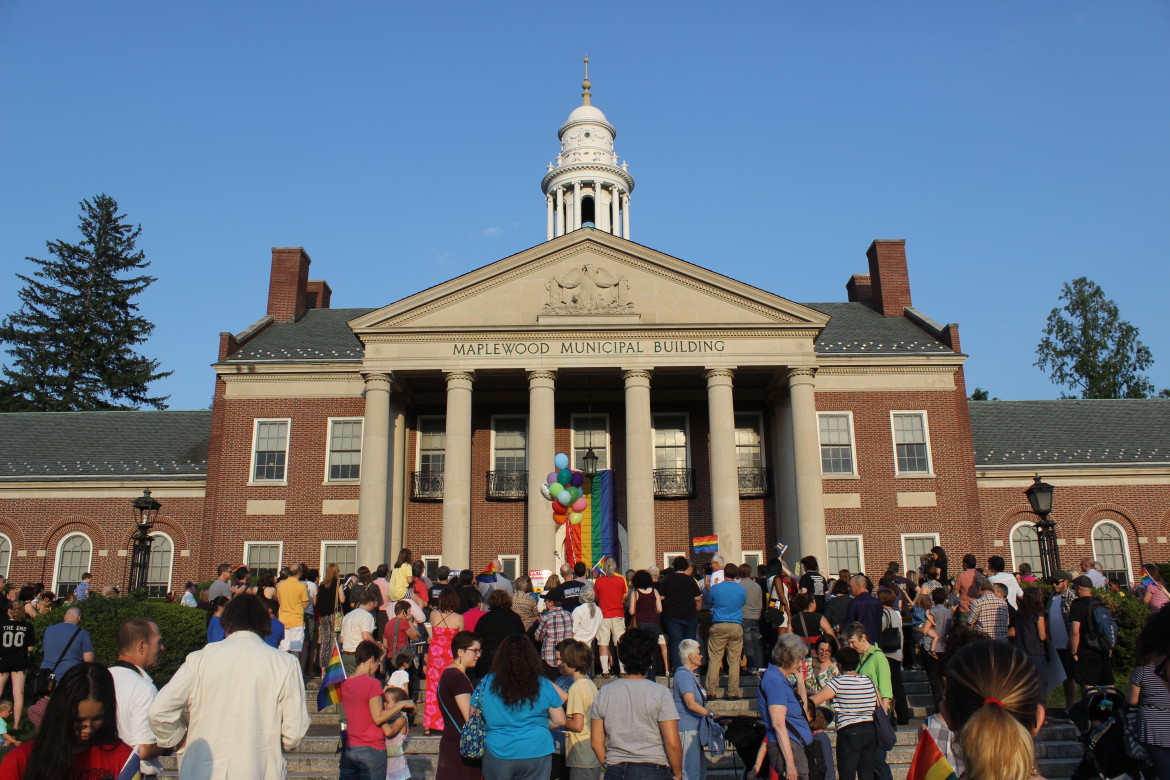 The plaza in June 2015, where Ryan helped celebrate marriage equality.