Maplewood will officially dedicate the Gerard W. Ryan Plaza in front of Town Hall on Saturday, October 8 at 2 p.m. The public is welcome to attend. There will be speakers and refreshments.

“Jerry spent thousands of hours in and around the Municipal Building during his lifetime,” said his widow Deborah Gaines Ryan. “He would be so pleased and proud to be honored here. When I stand on the plaza, I can feel his spirit watching over us.” 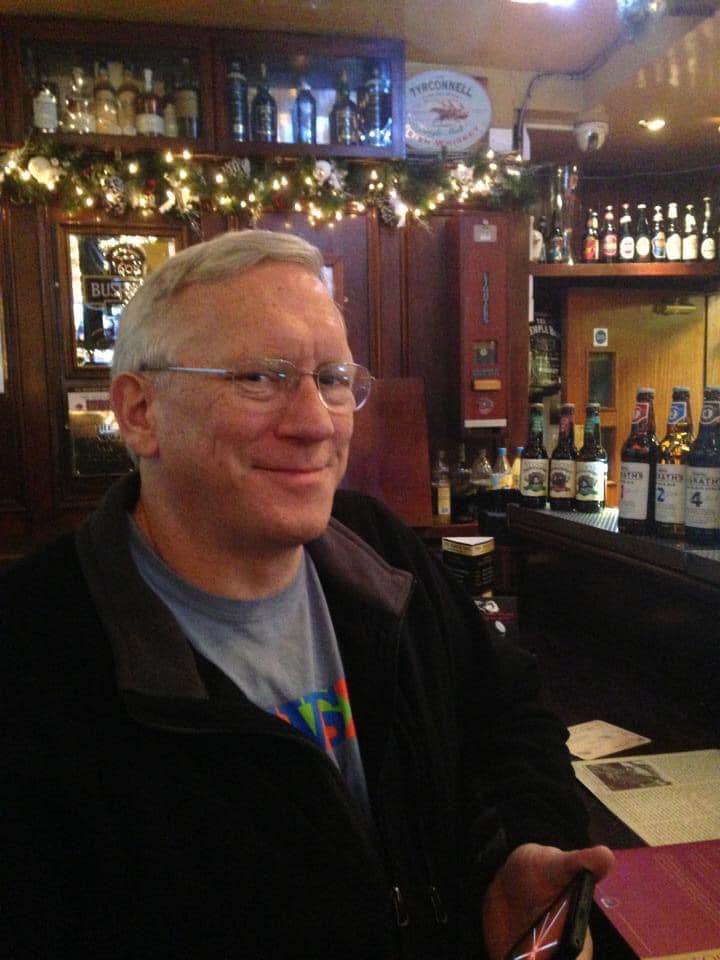 After the TC’s vote in 2020, Gaines Ryan thanked them in a public letter: “…[P]ublic service to Maplewood was the bedrock of Jerry’s life. From the start of his first term on the Township Committee in 1992 to his final planning board meeting in 2020, he brought his heart, soul, and boundless amounts of energy to the job. Over the years, he engaged with thousands of concerned citizens, not just at meetings, but in line at the grocery store and over dinner at the pub. To quote Mr. Rogers (another guy who knew something about neighborhoods), Jerry was a helper. He wanted the best for the people of Maplewood and never stopped working to make a difference in our lives.” 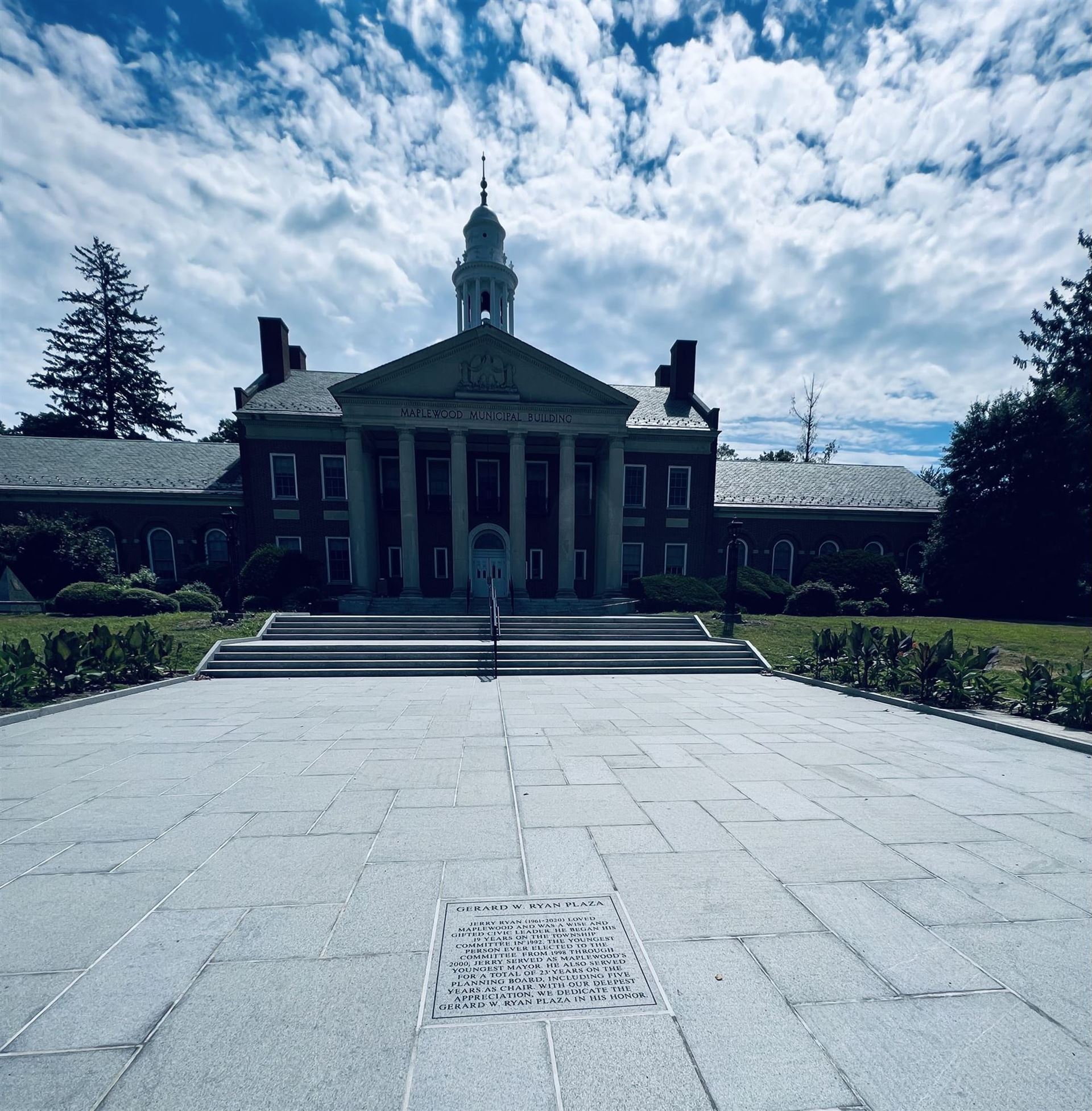 In a remembrance written shortly after Ryan passed away, former TC member Greg Lembrich wrote: “Everyone who enjoys living in Maplewood (or has at any point in the last 30 years) owes a debt of gratitude to Jerry Ryan, even if they never met him. His soul and his service became woven into the fabric of our community, and our lives here are better because of how he lived his here.”

Read more about Jerry Ryan and his contributions to the Maplewood community: 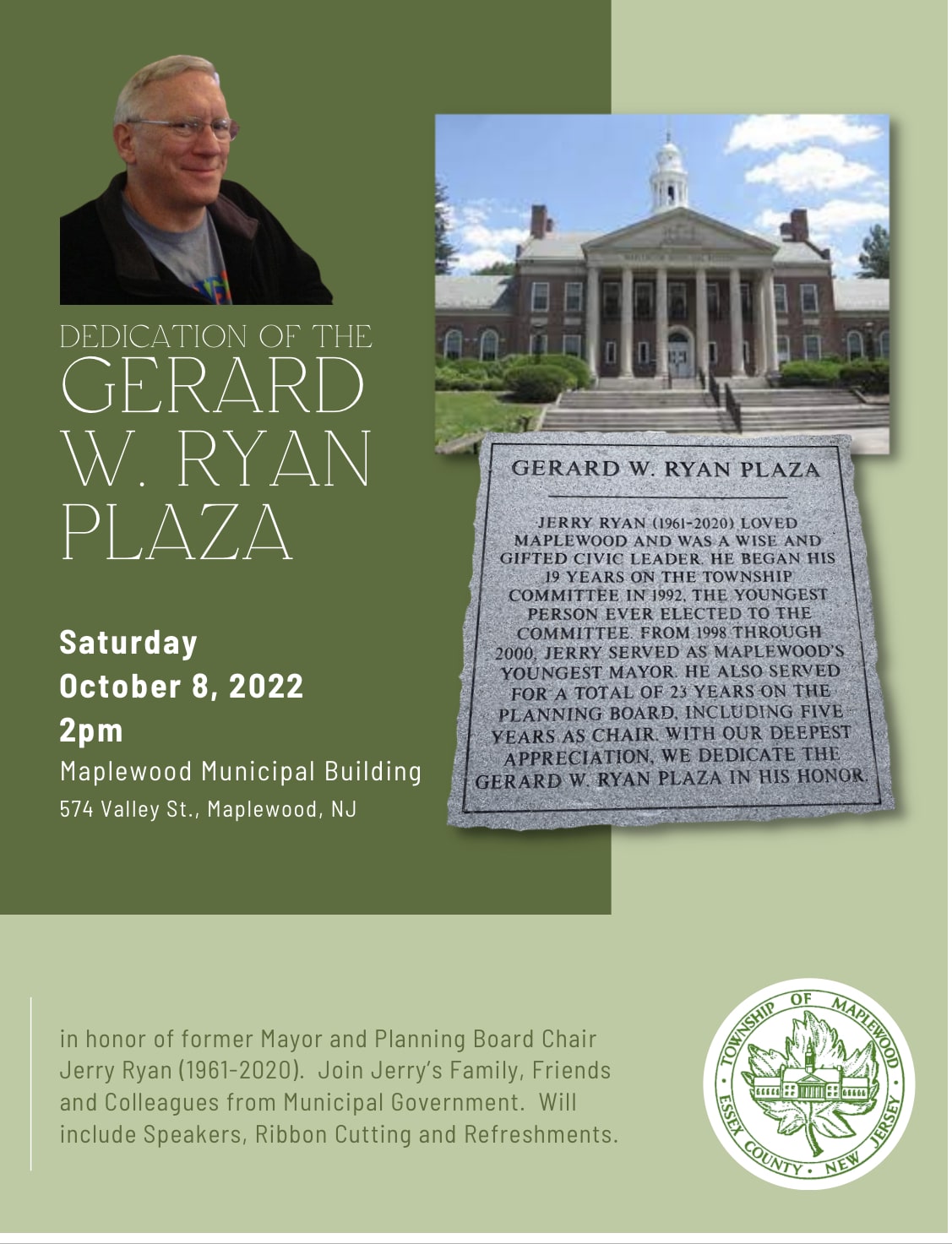