Jerry Ryan’s Parting Remarks: ‘A Blessing and a Joy to Serve’ 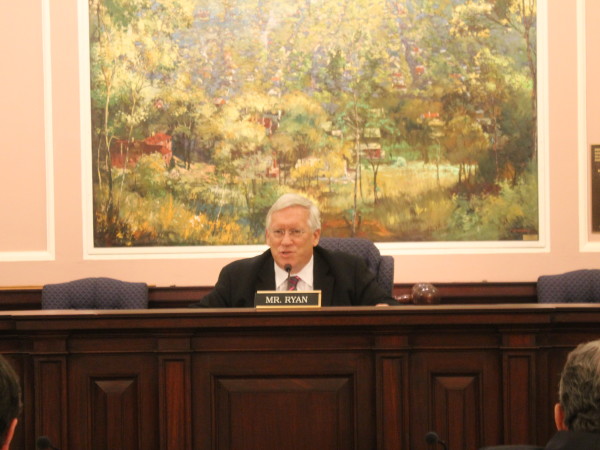 After 19 years of non-contiguous service on the Maplewood Township Committee, Jerry Ryan said his second farewell to the governing body at its Dec. 15 meeting, with humorous and heartfelt comments.

Ryan presided over the meeting, cautioning viewers at home: “Don’t touch that dial! This is not a flashback.” (Ryan served as Mayor of Maplewood in the 1990s.) “Because this is my last meeting, the Mayor [Vic De Luca] allowed me to preside.”

When it came time to make his parting remarks, Ryan exhibited little bitterness over his loss in the Democratic primary — instead making a joke of the defeat.

Ryan focused many of his comments on the town overall, saying that he was proud of his role in fostering transparency and inclusion.

But first, Ryan began by noting it was “a blessing and joy in my life to be given the opportunity by my neighbors, the people in the town that you live in, to sit up here and serve them. To have the support of your family and your friends and your party to be able to help you do this thing that you love doing — really can’t be described.”

Ryan then focused on his legacy: 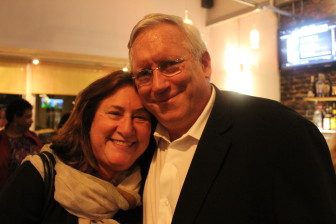 “You know, I don’t want to go through a long list of things especially because … I’m standing between everyone going to Coda and I don’t want to do that. But there are a lot of things that I’m proud of and … a lot of the things that I’m proud of are the things that we take for granted here in town. The notion that we are out here sitting, doing all of our discussions and all of deliberations on the microphone, on camera, on TV all the time for everyone to see was a dramatic revolutionary step back in the early 90s when I was first on the Township Committee, and I’m proud that now that dramatic revolutionary step is common place … and it’s something that we are constantly trying to expand.”

“We have a solid, stable, well managed, well-run, attractive community, and I would like to take just a little bit of credit for helping to nurture that and help keep it that way. and I’ll always be proud of the part that I played in doing that.”

Ryan referenced some of the contentious public comments made lately, saying that a town staffer had noted, “I bet you won’t miss this.”

“I think I’ll miss everything about this. The really great thing about this job is that you get to meet every single interesting person in your community and you also get to meet every single crazy person in the community and unfortunately those are not necessarily disjoint sets. Some people say nasty things about you. Some people say delightful things about you. But you are elected to serve them all.”

Ryan noted that his first term in office was Bob Grasmere’s last term in office. Grasmere had been mayor for 22 years and on the TC for 33 years. At his last meeting, Grasmere listed the number of meetings he had been to. Ryan said that he didn’t want to go that route. “The meetings weren’t the best part. The people were.”

And true to that sentiment, Ryan then spent the remainder of his remarks remembering and thanking the individuals he has served with.

“No disrespect to the current [public works] director,” said Ryan, “but I miss you Eric [Burbank].”

Ryan cited Manning’s leadership, calling it “quiet, sustained, consistent, professional and the town is so incredibly well served by him.” Regarding Town Clerk Liz Fritzen, Ryan advised incoming TC members Nancy Adams and Greg Lembrich, “Be nice to that lady!” Ryan also acknowledged the town judge, prosecutor [Annette DePalma], and the three township attorneys he had served with. Regarding Counsel Rodger Desiderio, Ryan said that the late Micky Stern [a former TC running mate] said that “‘a lawyer aspires to be a wise counselor,’ and that’s what Roger is.”

Ryan noted that he had served with 16 different people on the Township Committee and noted, “Everyone brings their own special something.”

Ryan then went through his four current Township Committee colleagues, seeking one word to describe each. Ryan said that India Larrier could best be described as a “thoughtful person,” saying that she never rushed to judgment. Marlon K. Brownlee is “thorough” — “Marlon’s not going to make a snap judgment…. [he] thinks through everything.” Regarding Kathy Leventhal, Ryan called her “dedicated — no person is more dedicated to caring about every single thing that goes on.”

Regarding Mayor Vic De Luca, Ryan said, “Vic really exemplifies leadership in a true sense of the word, the best sense of the word … leading by being a servant, a servant leader to the TC and the boards he serves on, and all the people in town. He works harder than anybody else. I’ve been fortunate to be his colleague and blessed to be his friend, and of all the things I’m going to miss, I’m going to miss serving with Vic most of all.”

“To everyone … Thank you very much. It’s been wonderful.”

Ryan’s remarks begin at about the 2:15 mark on this audio file. Listen here.