Maplewood and South Orange Announce Juneteenth 2021 – A Week of Celebration

written by Maplewood Division of Arts and Culture June 10, 2021
0 FacebookTwitterPinterestEmail

In 2020 Governor Murphy declared Juneteenth an official New Jersey state holiday, and now that it is safe to gather again, the sister towns of Maplewood and South Orange will join together to celebrate, collaborate and educate the community on Juneteenth and the week leading up to it.

Juneteenth — also known as Freedom Day — has been a tradition in the United States for more than 150 years and marks the date, June 19, 1865, when Union soldiers freed the last remaining slaves in Texas, enforcing the Emancipation Proclamation, two and half years after it was originally issued by President Abraham Lincoln on January 1, 1863. Participation in Juneteenth celebrations grew throughout the years as descendants continued traditions in Texas and, as African-Americans in the South migrated across the country, Juneteenth celebrations began appearing in cities across the nation.

Juneteenth 2021 – A Week of Celebration kicks off on Sunday, June 13th with “A Celebration of Black Poetry, Music & Art” at Yale Street Corner in Maplewood. Opening day features poetry readings from local poets of the “Black Lives Matter Poetry Project,” live music, art kits, and craft vending from black-owned businesses. A series of live and virtual events are planned throughout the week including, a conversation of 4 black mayors of New Jersey discussing the history and importance of Juneteenth, a flag ceremony, an interactive exhibit with Marc. A. Gaston, and a pop-up shop. 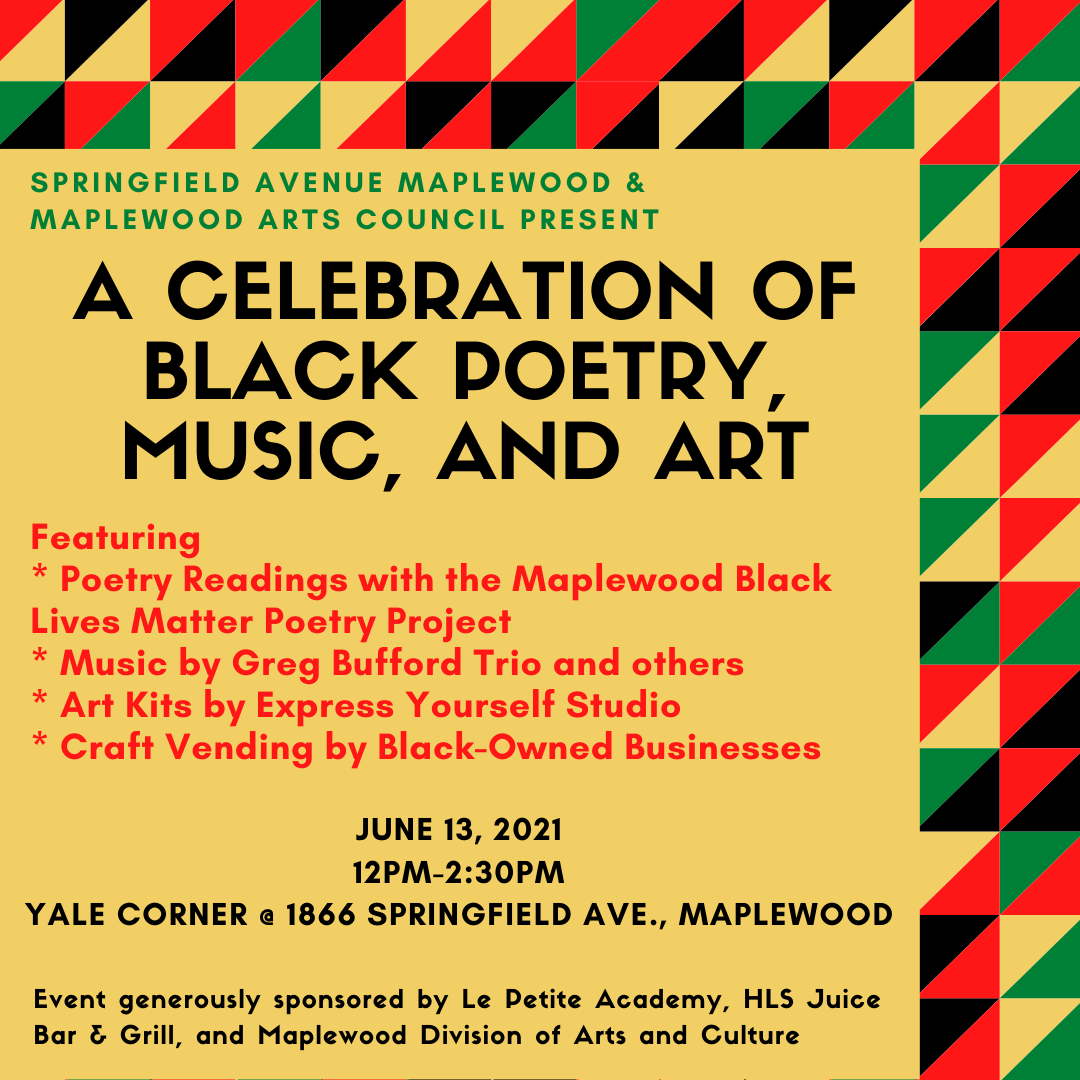 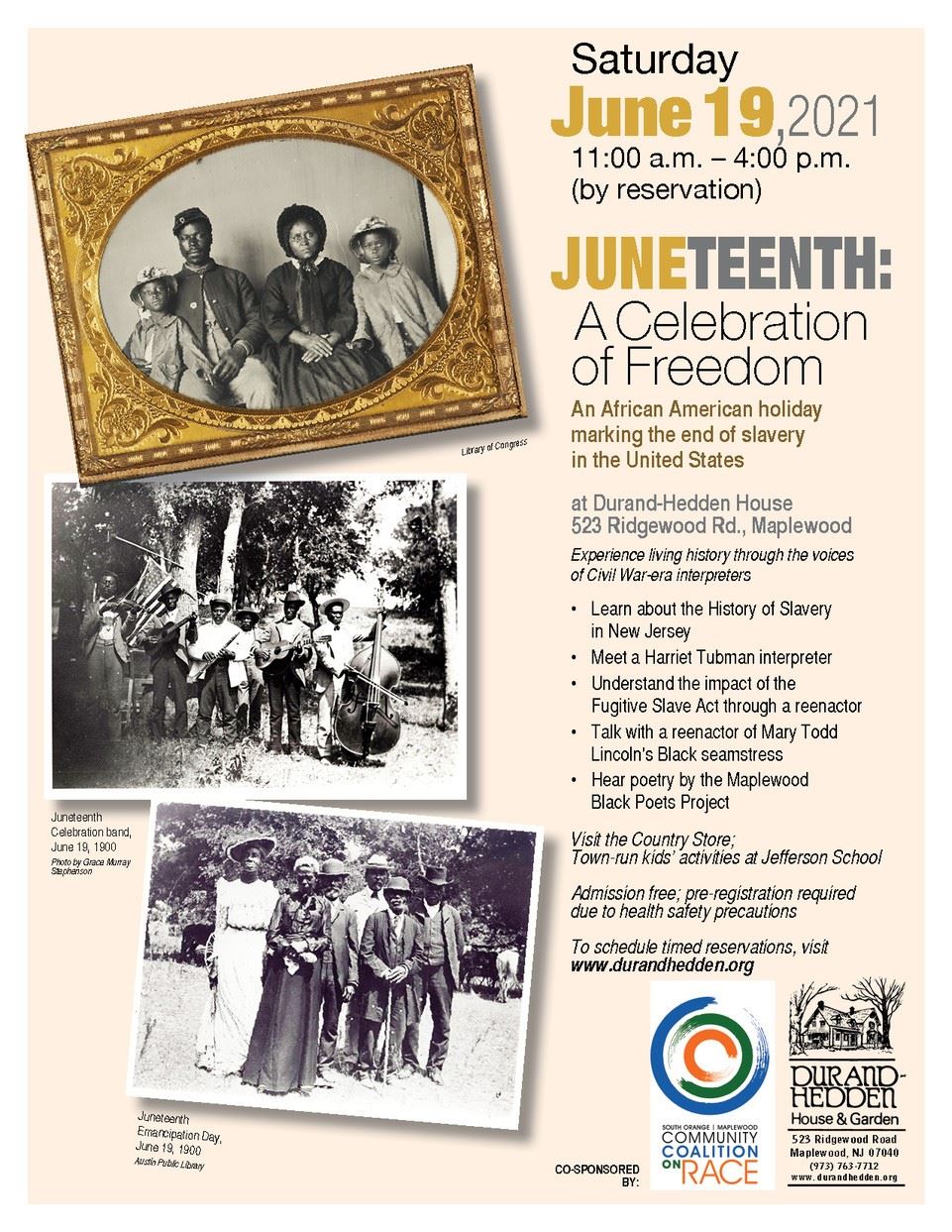 “As we continue to educate ourselves on the rich history of Black Americans in our country, Juneteenth provides a wonderful opportunity for us to celebrate this day of liberation and our country’s second Independence Day.  A day when Black Americans were given their freedom from Slavery.

For the first time, Maplewood and South Orange will formally celebrate Juneteenth and extend its recognition and celebration for a full week while also continuing our efforts to stand and fight for justice and equality for all Americans.” Mayor Frank McGehee, Maplewood.

President Collum echoes the importance of shinning a light on Juneteenth in South Orange and Maplewood, “The intension of the week-long Juneteenth celebration is to bring awareness to this very important date in our country’s history commemorating the end of slavery in the United States. So many local groups have come together to collaborate, educate and celebrate black-owned businesses, Black Lives Matter Poetry, black residents, authors, and artists, and it represents so much more—equal rights and freedom! Please join us as we learn and celebrate the liberation, empowerment and transformation of our black citizens, made possible with their emancipation on June Nineteenth = Juneteenth.” 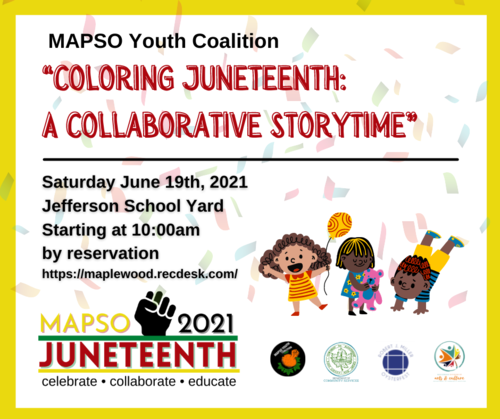 The Maplewood Black Lives Matter Poetry Project, a project of the Maplewood Arts Council, has filled Maplewood this year with the beauty and energy of poetry, with mounted banners throughout the town that display powerful poems by black writers both world-acclaimed and local.

Come hear BLM poems spoken in the voices of SOMA poets and actors! 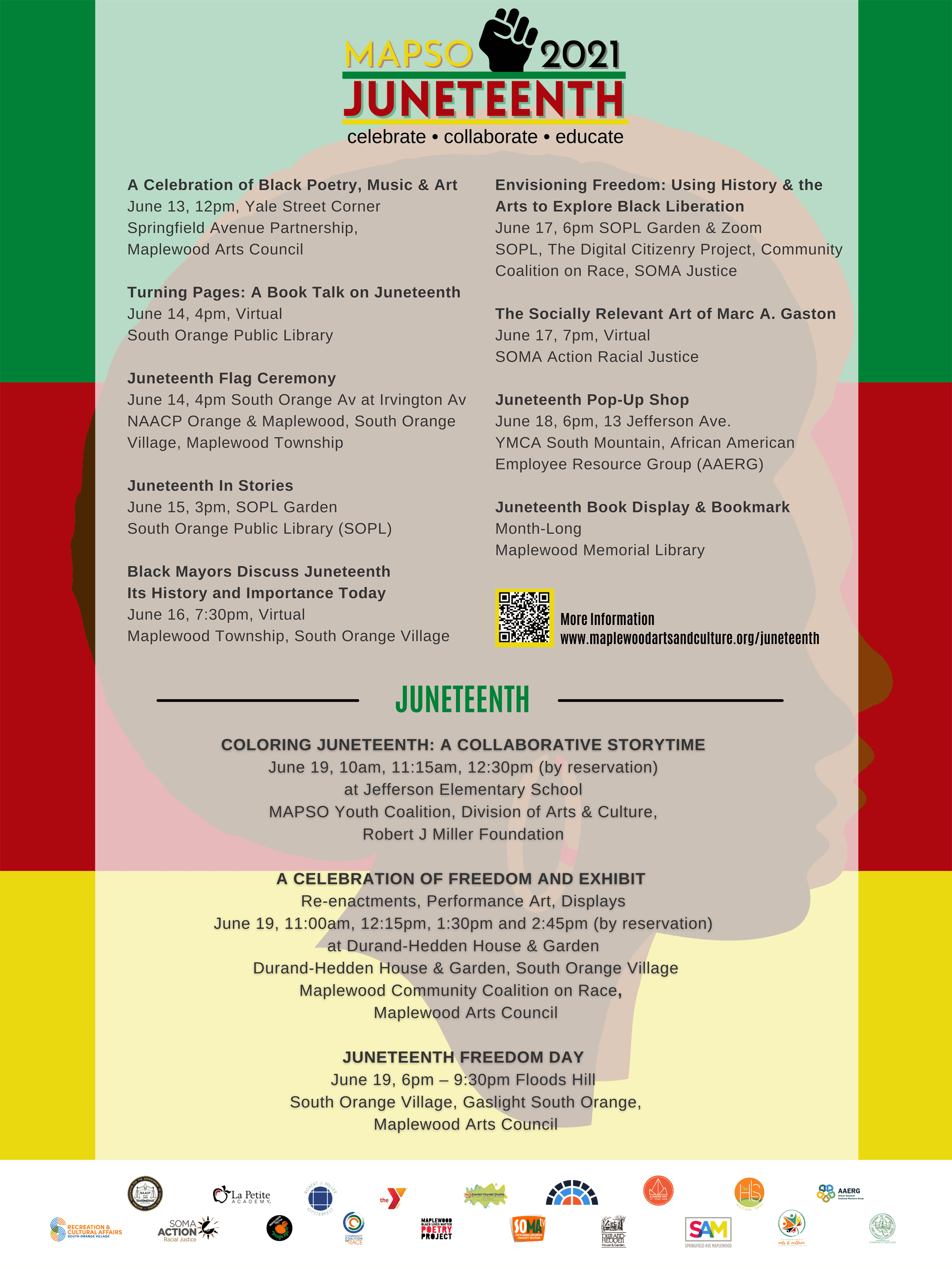