The Village Green May 23, 2020
0 FacebookTwitterPinterestEmail 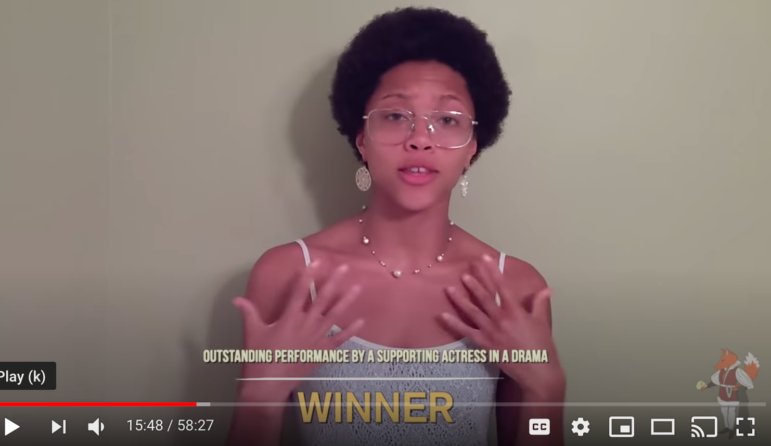 Jordan Muhammad, CHS Class of 2020, won for Outstanding Performance by a Supporting Actress in a Drama for her roles as Allison and Grandma in The Parnassian Society’s production of “Fabulation or the Re-education of Undine,” by Lynn Nottage. See Jordan’s nomination and acceptance speech beginning at 14:20 in the Part II below. Muhammad was also nominated in the surprise category of Overall Outstanding Performance of a High School Actress but did not win.

Parnassian’s “Fabulation” was also nominated in four other categories:

Regarding Jordan’s win, her mother Stephanie Lawson Muhammad. said,”We are so proud of her and love the experience she’s had in Parnassian.”