From the South Orange/Maplewood Community Coalition on Race:

“Creating Community in the Face of Discord,” takes place on Monday, Jan. 16 at 2 p.m. in the auditorium of Columbia High School (117 Parker Ave., Maplewood) and features a speech by Robt Martin Seda-Schreiber, chief activist of the Bayard Rustin Center for Social Justice in Princeton. Other highlights participants include Columbia’s Special Dance Company, Minority Achievement Committee Scholars and Chorus. The event will conclude with a Luminary Lighting Benediction.

Every year since 2013, the Coalition has also invited the community to light up the outside of their homes or businesses with luminaries as the sun sets on Jan. 16, the day we recognize Dr. King’s birthday. The goal is for thousands of homes in SOMA to be lit up as a sign of hope, sanctuary, peace, and solidarity with Dr. King’s vision of the Beloved Community. 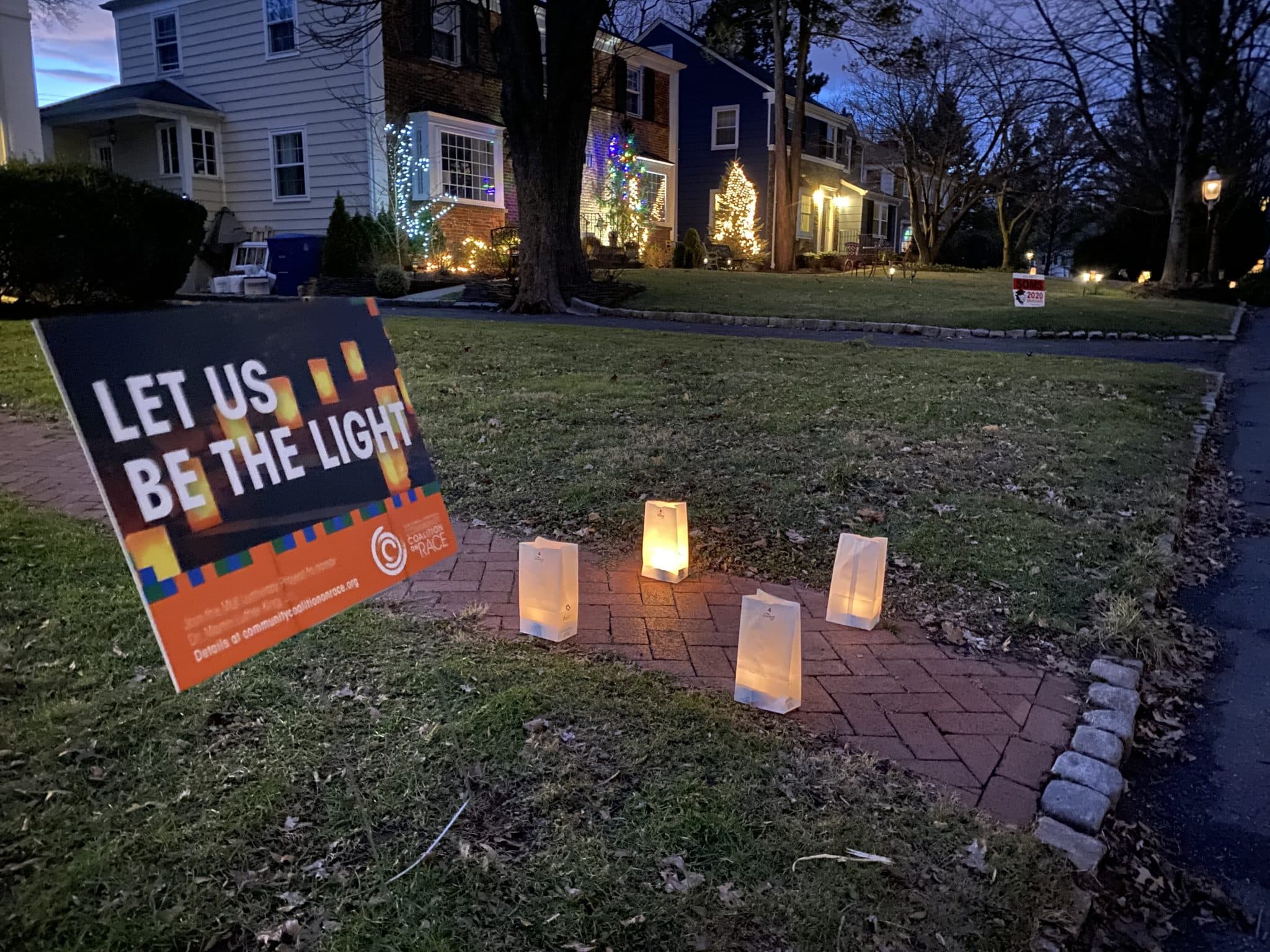 Now available at local businesses in South Orange and Maplewood (listed below), the luminaries are white bags with tea lights inside and can be decorated with images of peace and community. A fundraiser for the Coalition, they come four per pack for a suggested donation of $10.

“The Luminary Project asks people to take a moment to reflect on Dr. King’s legacy and call to service, and to share that moment with neighbors,” said Coalition Executive Director Nancy Gagnier. “We are excited to celebrate the 10th anniversary of this wonderful tradition, a small but important example of this community’s unified effort to work together in the name of racial justice.”

Dr. King’s Beloved Community is a global vision in which all people can share in the wealth of the earth. In the Beloved Community, poverty, hunger, and homelessness will not be tolerated. And racism and all forms of discrimination, bigotry and prejudice will be replaced by an all-inclusive spirit of sisterhood and brotherhood.

The Luminary Project was started by South Orange resident Patricia Canning and continues to be led by a team of women from South Orange and Maplewood. The volunteers work with local youth groups to create the kits, oversee neighborhood luminary leaders and recruit businesses to be luminary purchase sites. Interested in getting involved? Email MLKLuminaryProject@gmail.com to purchase kits and to learn how to be a neighborhood luminary leader.

ABOUT THE SOUTH ORANGE/MAPLEWOOD COMMUNITY COALITION ON RACE

The South Orange-Maplewood Community Coalition on Race is a nationally recognized non-profit focused on racial integration and inclusion in suburban communities for over 25 years. Established in 1997 by a diverse group of concerned residents, government members, and business owners, the organization is committed to building and preserving a unique, suburban community that is free of racial segregation in all areas of community life, including housing patterns, schools, leadership, and community involvement. Learn more at www.communitycoalitiononrace.org.