From SOMA Action [Editor’s note — SOMA Action is an non-profit, volunteer progressive advocacy group based in South Orange-Maplewood. The opinions expressed here are the group’s own.]:

Look for these public questions on the BACK of your mail-in ballot and don’t forget to get those ballots in by NOVEMBER 3!

Public Question #1: Do you approve amending the Constitution to legalize a controlled form of marijuana called “cannabis”?

What it’s about: Legalizing the possession, cultivation, processing, sale and use of cannabis products for people 21 and up. Technically, the measure just charges the state Legislature to create and implement marijuana regulations and decide next steps. (In other words, no legal weed the day after the election.) The Legislature could also authorize municipalities to enact their own ordinances levying an additional local tax on cannabis products on top of a state sales tax.

SOMA Action says: Yes! Legalization would create jobs, generate tax revenue, lower policing and prosecuting costs, and most importantly, reduce unnecessary police activity and end the harm inflicted upon communities of color by racist drug-law enforcement. In fact, SOMA Action has co-signed a petition calling on the state Legislature to go further by ensuring that marijuana-related criminal records are expunged and offenders are released from confinement. For more info, check out the petition HERE.)

Public Question #2: Do you approve amending the Constitution to give a $250 property tax deduction to veterans who did not serve in time of war?

What it means: New Jersey currently gives this annual abatement to wartime veterans and the surviving spouses of deceased wartime veterans. This measure would extend that deduction to peacetime veterans and their surviving spouses. (According to NorthJersey.com, “The state reimburses 102 percent of the value of the deduction to each municipality.”) Likewise, the 100% percent property tax exemption granted to veterans disabled in wartime would also apply to those disabled during peacetime military service.

SOMA Action says: Your call! According to Ballotpedia, the measure has bipartisanship support in the state legislature, co-sponsored by six Republicans and 21 Democrats (although none of the Senators and Assemblypersons representing South Orange-Maplewood are on that list).

Public Question #3: Do you approve amending the Constitution to change when new legislative districts are created if the federal census data is delayed?

What it means: Given the precarious state of the 2020 Census, this amendment would delay the once-every-10-years redistricting process to the next election cycle — and in the future, whenever New Jersey receives census data after February 15th. The state’s current legislative maps would remain in place until at least 2023.

SOMA Action says: No! A one-time solution would be a better approach, explains SOMA Action Political Action Committee chairperson Rebecca Scheer. “This amendment would be enshrined in our state constitution,” she notes, “so any time we received Census data after February 15th — even by a few days — this two-year delay in redistricting would automatically kick in.” Scheer also points out that the delay “would disenfranchise residents of color in our state, whose populations have grown at a faster rate than the state overall in the last decade.” 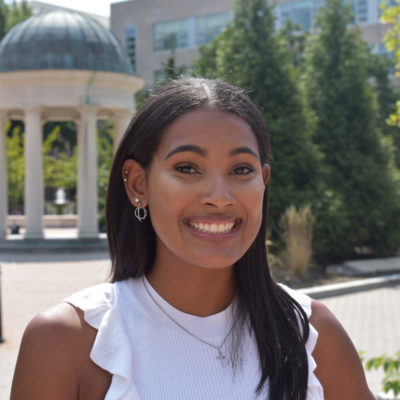