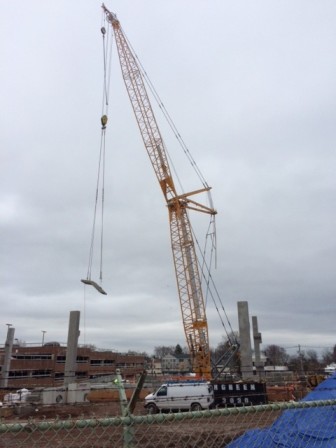 Maplewood Urban Renewal LLC — an entity formed by Avalon Bay — is moving along on constructing a 235-unit apartment complex at the former PSE&G site at Springfield Avenue and Boyden Avenue in Maplewood.

As of Tuesday, March 15, cranes were on site lifting precast concrete slabs into place to form the parking garage for the development.

Avalon Bay closed on the property in May 2015. (Read about Maplewood Planning Board approval for the site plan here; read about the Township Committee’s approval of the redevelopment and financial agreements for the project here. Read about Avalon Bay’s assurance of fire safety precautions for the new building here.)

After Maplewood firefighters used the site for training, demolition began late last summer (see photos here) and continued through October. Construction crews were able to work through the mild winter to dig foundations and create footings for the project.

No set completion date has been given for the project. Avalon Bay is not yet advertising the units on its website. 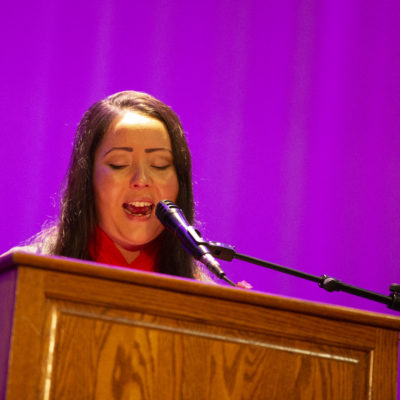 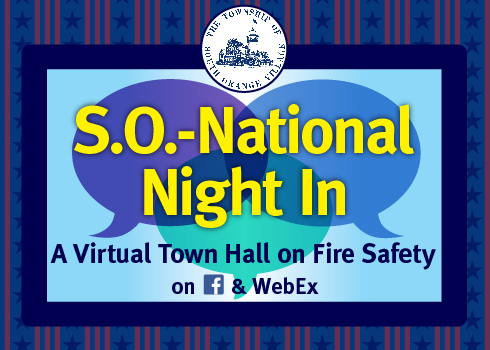