Dr. Thomas Shea, who has served as Director of Safety & Security for the South Orange-Maplewood School District since the position was created in 2017, will leave the district in October to take on the role of Program Director of Police Graduate Studies at Seton Hall University.

According to the South Orange-Maplewood School District, the position of Director of Safety & Security will not be immediately filled. “At this time, the District is not planning on hiring for this position for the 2020-21 fiscal school year. With our current fiscal uncertainty and the Covid-19 reality, we can better use the funds to support our Access and Equity efforts,” wrote District spokeswoman Anide Eustache via email.

“We sincerely thank Dr. Shea for the role he has played within our district in helping to develop procedures and guidelines related to the safety and security of our students,” wrote Taylor. “His breadth of experience has enabled the District to ensure that our policies align with state and federal guidelines, in addition, his relationships with local law enforcement has allowed the District to develop a stronger relationship with key officials across both towns. We also want to acknowledge his hard work with the community in seeking to address and balance the social-emotional needs of our students with the implementation of security mandates. We thank Dr. Shea for his time with the District and wish him all the best as he transitions to new opportunities in his career.”

Reached by phone, Shea said that he has been teaching at Seton Hall for some time but needed to choose between the two institutions as his responsibilities increased at Seton Hall.

“I didn’t want to leave until I finished what I started but I had to make a decision,” said Shea.

Shea said that he was excited that the “biggest game changer” for district security was in process for implementation — the mass notification system Alertus — but he was disappointed that he would not be at the district to see the full implementation.

Shea also said he felt that the district was in good hands with Dr. Taylor at the helm: “He takes [school security] seriously; he doesn’t want anything to happen under his watch.”

“He really impressed me when we pushed back against the state recommendations and started announcing active shooter drills,” said Shea, who said he understood “why we have to pretend they are real” but that, by announcing the drills, “you still take [the school community] by surprise, but you just notify them that is real. You don’t have to scare [students] to train them.” Shea noted, “We don’t train kids about stranger danger by having someone try to kidnap them.”

Of Taylor, Shea said, “A lot of people don’t have the guts to make a decision like that.”

As Shea expands his role at Seton Hall, he also has published a handbook titled, 115 Proven Ways to Dramatically Improve Your Agency, Your Officers and Your Leadership. The book is designed to give practical nuts and bolts guidance to those who wish to drive positive change within their police departments.

“Policing has been my life and it’s who I am,” said Shea, via the press release. “I have the upmost respect for officers who perform the job with professionalism and courage but that doesn’t mean we can’t do it better. And right now, the public mandate is clear: we must do better.”

Professor Thomas Shea, a retired New Jersey police officer who spent years as an Internal Affairs Investigator, has published a handbook of 115 Proven Ways to Dramatically Improve Your Agency, Your Officers and Your Leadership.

Published by Looseleaf Law Publications, a leading provider of criminal justice and police manuals for more than 50 years, the book distills 20 years of active observations from Shea as he prepared for a leadership role within the Long Branch Police Department.

As a street cop and later as a Sergeant, a Lieutenant and, for many years an Internal Affairs investigator, Shea kept a journal of sorts, logging both successes and failures of leadership as well as complaints from fellow officers and members of the community – all with an eye toward improving policing should he ever have the chance to do so on a larger scale.

These observations, coupled with a number of ideas spurred by his doctoral dissertation, are summed up in 115 brief entries within the book, which is designed to give practical nuts and bolts guidance to those who wish to drive positive change within their police departments.

“Policing has been my life and it’s who I am,” said Shea, the Director of the Police Graduate Studies Program at Seton Hall University. “I have the upmost respect for officers who perform the job with professionalism and courage but that doesn’t mean we can’t do it better. And right now, the public mandate is clear: we must do better.”

Shea’s years in the field have yielded innovative but practical tips for improving the quality of day to day policing and simple but effective measures that reinforce what it means to be a member of a community who has pledged to protect and serve.

His work as an Internal Affairs Investigator, essentially policing the police, gave him an intimate view of not only how things go wrong in the working lives of police but why. Perhaps more importantly, this experience gave him insight into how to stop problem policing – before it goes horribly wrong.

“I’ve  investigated  hundreds of  internal affairs cases, and in my experience there are significant warning signs to almost every high profile, high cost, public affairs nightmare involving police officers who lead their departments into shame and the further distrust of the community,” said Shea. “As police officers, we simply cannot afford that. Our credibility is our first line of policing, and sometimes our last line of defense.

He explained, “If community members dislike or distrust you, they are less likely to help you solve crimes or even report them. And, as for lines of defense, years ago, a police officer I know was ambushed and took a terrible beating at the hands of an assailant near a public housing project. A member of that community whom the officer had befriended jumped in and potentially saved that officer’s life. Good community policing pays real dividends in the lives of real people – and the police.”

In addition to entries on community and government relations for police as well as cultivating a culture of integrity and trust, Shea offers tips on everything from numbering parking spots for police vehicles so that in the event of an emergency officers are not wasting time looking for their assigned cars, to employing student interns, using reconnaissance drones, reintroducing the two cop squad car and finding ways to cut costs through solar power and light sensors.

Shea also advocates strongly for implementing “Civilian Police Academies” to educate community members on what police officers actually do every day while getting to know each other as people.

He also recommends that patrol officers be instructed to get out of their cars and walk their neighborhoods in designated “community engagement” spots for at least ten minutes, four times a shift.

“It’s twenty years condensed into 115 entries and around 100 pages,” said Shea, who heads up a graduate program designed to improve policing and build effective leaders in law enforcement. “Our classes at Seton Hall go into far more detail and look in-depth at some of the research surrounding these issues and how leadership as well as rank and file can better protect and serve. But until you can get here, this should get you started.”

The book, 115 Proven Ways to Dramatically Improve Your Agency, Your Officers and Your Leadership, is available on Amazon and Looseleaf Law Publications directly. 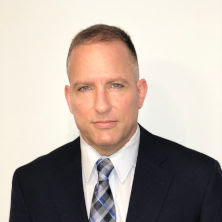 Thomas Shea entered academia after retiring from the Long Branch, NJ Police Department in 2017 following twenty years of service. During his police career, he received numerous commendations, commanded four operational units, and served as an Assistant and Adjunct Professor for three separate universities. He is the author of numerous policing articles and a 115 Proven Ways to Dramatically Improve Your Agency, Your Officers and Your Leadership, which was released nationwide in August,2020.  He also served as the Director of Security for the South-Orange-Maplewood School District and co-owns four expert consulting businesses. His current research interests include police-community relations, police ethics, police leadership, and K-12 school security. He received his B.S. from Rutgers University, his MPA from Seton Hall and his D.Sc. from New Jersey City University. Lastly, Dr. Shea is a United States Marine Corps veteran of Operation Desert Shield/Storm.