The New Jersey Fencing Alliance, which left its former location at 50 Burnett Street due to a 200% rent increase, has found a new home in Maplewood.

The Alliance has taken refuge in Bernard Hall — the basement of St. Jospeh Roman Catholic Church on Prospect Street.

“The thought of this fine program for our young people no longer existing was sad indeed,” Fr. Jim Worth, pastor of St. Joe’s, told Village Green. Fr. Worth worked with NJFA founder and director Frank Mustilli to accommodate the fencing alliance after an intervention from former Maplewood Vice Mayor and current Maplewood Democratic Committee Chair Ian Grodman.

“I had over the last several months reached out to a few people in an effort to help Frank find new space when faced with a tremendous rent increase,” explained Grodman. “A few days before the lease was up, my wife, Lisa Mainardi, wondered if the basement at St. Joe’s might be a good space. Owing Frank just had a day or two left in his lease, I reached out to Father Jim immediately. We had some back and forth and made plans for me to come in with Frank on that Monday, February 28. ”

“When we saw the space, it was like a miracle,” said Grodman.

“The space was more well suited than any other place I had seen with Frank,” added Grodman. “And Father Jim could not have been more welcoming, amenable and flexible in making an arrangement work to help the club and all the young people who benefit from it.”

Added Fr. Worth, “Several parishioners are members of NJFA so I knew the great interest and benefits of this club. Frank is a familiar face at Mass so working with him will be a joy.”

NJFA has also been central to the success of the Columbia High School fencing program for more than two decades, providing a place for student fencers to train and practice their skills year round. The relationship has helped to yield numerous championships for the CHS program, including a silver medal at the NJSIAA State Championships for the girls team this year and a bronze medal for CHS fencer Lindsey Minor in individual girls epee.

After sealing the deal with St. Joe’s, Mustilli and NJFA staff worked diligently to move 20 years of accumulated inventory — including lockers, mats and hundreds of awards and plaques  — and opened in the new space in mid-March. During a recent visit, the diversity of NJFA’s clients was fully on view, as young local kids were learning the basics while world class fencers were honing their skills for upcoming international competitions.

“We are so excited to lay roots in NJFA’s new location and continue the rich fencing tradition in Maplewood/South Orange thanks to St. Joseph Church,” said Jacqueline Dubrovich, a member of the 2020 Tokyo Olympic Fencing Team who trains at NJFA with her coach and fiancé Brian Kaneshige, a Columbia High School graduate.

As soon as NJFA opened at St. Joe’s in March, Dubrovich explained, “We had the Canadian Olympic Team come train with us, and it was a successful training camp that included World Champions, Olympians, NCAA Champions and international medalists. We look forward to helping the sport of fencing continue to grow and thrive in this community and can’t wait to see new generations of athletes call NJFA home, whether they’re young kids, first-time high school fencers, or those looking to take their fencing to the next level.”

“This is what happens when the community comes together,” said Mustilli. “People didn’t want to see fencing leave Maplewood.” 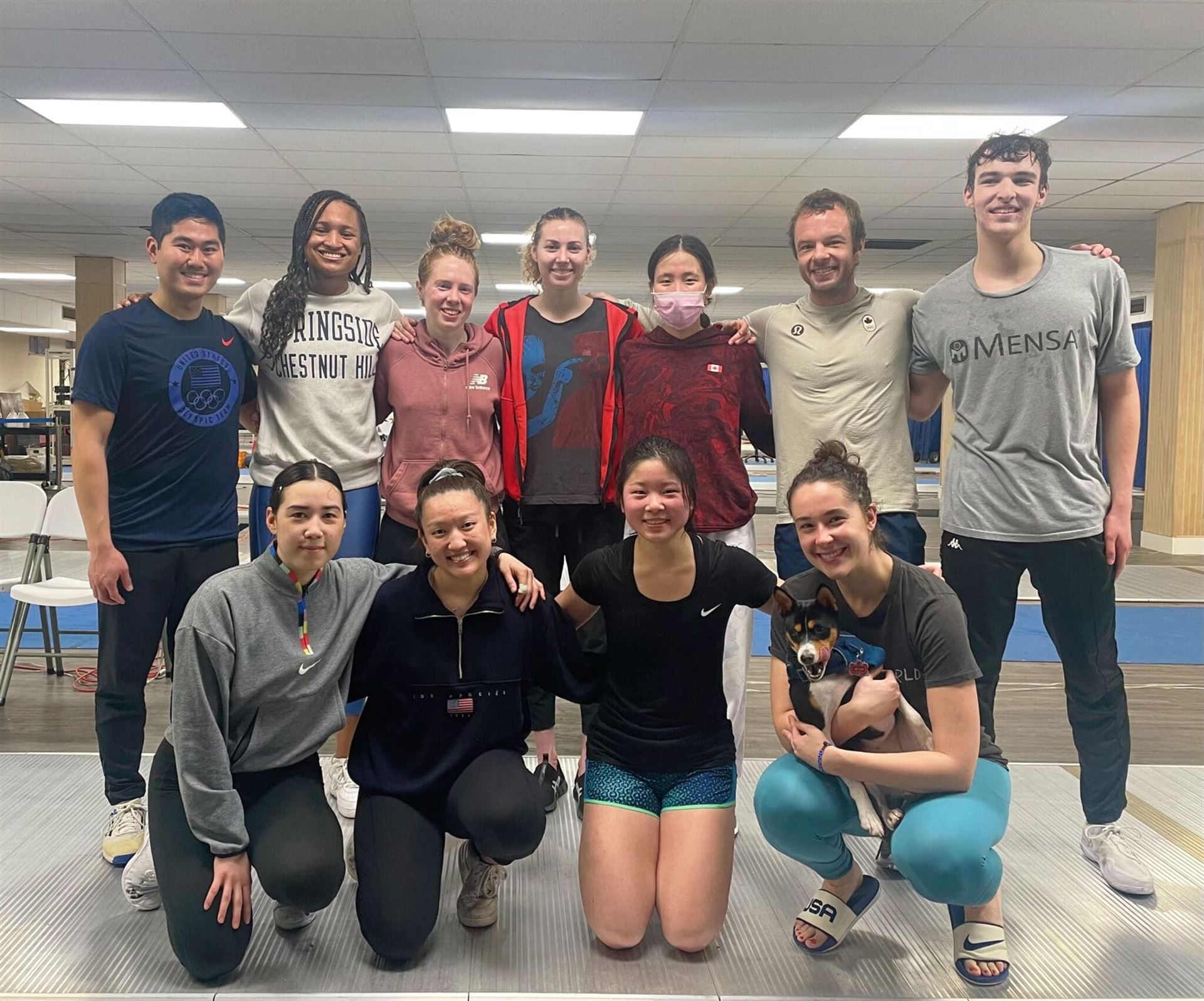