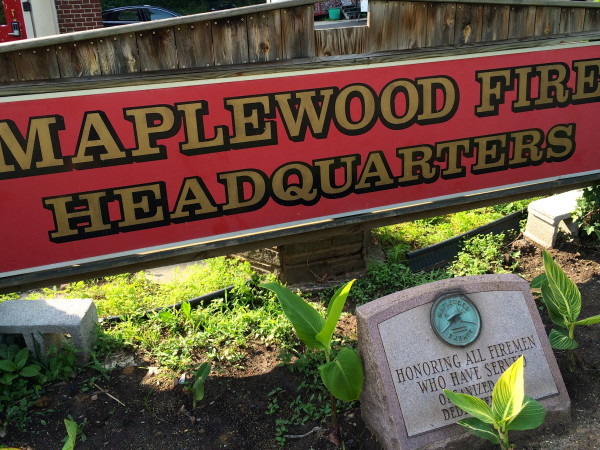 Monday, June 15, was a busy day for Maplewood’s bravest as the Maplewood Fire Department handled two dozen calls, a dozen of which were EMS — or emergency medical services.

Notably, the MFD responded to a small vehicle fire in the rear parking lot at Seth Boyden School. There were no injuries, according to Deputy Fire Chief Joe Callaghan.

In the evening, fire and emergency personnel responded to a serious motor vehicle accident on Valley Street at Park Avenue when a car crashed head on into a tree.  The woman operating the vehicle was removed and transported to Saint Barnabas where she was reported as “doing okay,” said Callaghan. At 4:00 a.m. Tuesday morning, the MFD responded to a similar incident on Parker Ave. That driver is “okay” as well, said Callaghan.

Callaghan reported that the Fire Department has had no major fires lately, but has responded to numerous small fires and contained them before they could expand. Callaghan said that 2014 was the MFD’s “busiest year to date and we are on pace to exceed that this year.”