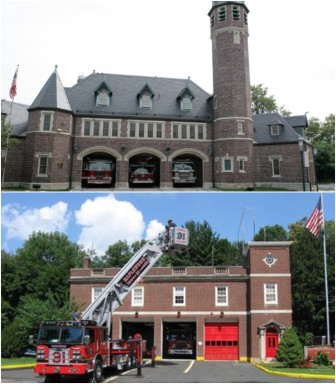 As of tonight, the governing bodies of both Maplewood and South Orange have authorized resolutions awarding a contract for the study of the feasibility of merging the fire departments of the two towns.

The contract is not to exceed $47,513, split equally between the towns. Work will begin next month with a report expected within six months’ time or sooner.

The towns have crafted a joint press release announcing the award of the contract.

On July 11. 2016, the South Orange Board of Trustees unanimously authorized a Resolution awarding a contract to Manitou Incorporated to conduct “An analysis of the operational efficiencies of and the feasibility of consolidation, merger or sharing of South Orange and Maplewood’s Municipal Fire Protection Services”. On Tuesday, July 26, the Maplewood Township Council similarly approved the contract, paving the way for a comprehensive study of the two Fire Departments.

Manitou, a leading consulting firm that is nationally recognized in the field of fire protection and emergency services organization, administration and planning, has conducted numerous fire service studies, including consolidation and efficiency studies for communities as large as Houston, Texas and Broward County Florida.

Commenting on the Award of the Contract, South Orange Village President, Sheena Collum stated: “The Joint Committee was extremely impressed with Manitou. We are confident that they will conduct a thorough and objective assessment of both Departments, with no predefined outcomes, to identify opportunities for our residents to receive better and more cost effective Fire Services, whether through improvements to the independent operations of each department or through sharing, consolidation or merger of equipment, personnel or operations.”

Maplewood Mayor, Victor DeLuca shared Collum’s sentiments, observing: “The goal of our towns is to deliver the highest quality fire services to both communities. We believe Manitou will help us creatively think about the best ways to do that. All stakeholders will be heard as we move forward and we will fully engage the community in considering the recommendations from Manitou.”

The award of the contract is the result of a process which began in September of 2015, when the South Orange and Maplewood adopted companion Resolutions authorizing and creating a Joint Exploratory Committee for the purpose of exploring possible efficiencies in the delivery of Fire Services to their communities through possible shared, consolidated or merged services. The Resolutions identified the following goals:

1. To provide the highest quality fire services to the residents of South Orange and Maplewood,

2. To maintain an appropriate level of firefighting personnel and equipment toadequately respond to fire, emergency and hazardous incidents in South Orange and Maplewood, and

3. To achieve economic and operational efficiencies.

The Joint Committee eventually recommended the solicitation of competitive bids from qualified firms which ultimately resulted in the selection of Manitou to conduct the study. The total contract amount is not to exceed $47,513.00, which will be split equally by the two towns.

The study, which will include on site investigations, department interviews, review of department data, and stakeholder input, will evaluate the current independent operations of the two departments for efficiencies and opportunities to improve services and control or reduce costs, through possible sharing of equipment, personnel, or services, or through possible consolidation or merger of operations. The towns expect the study to be underway within the next month and it is anticipated that the entire study and final report will be completed within six months or less.