Here at The Village Green, we provide wall-to-wall coverage of the South Orange-Maplewood School District, which educates more than 6,600 children in the towns from kindergarten through 12th grade.

However, some local parents do choose other options for their children’s education. 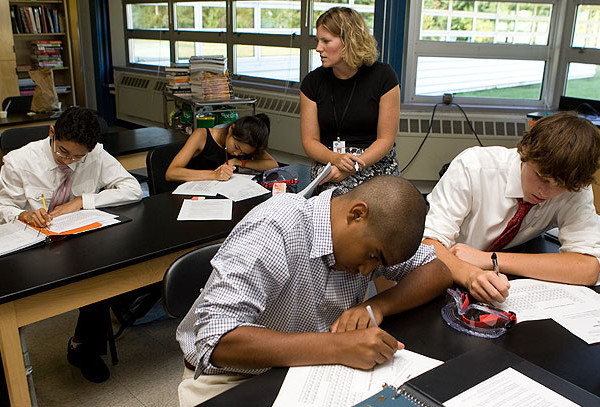 Pingry was founded in 1861 in Elizabeth by Dr. John Francis Pingry. Pingry merged with the Short Hills Country Day School in 1974, and the first female students graduated in 1976.

Then, in 1983, Pingry’s Middle and Upper Schools moved to the current location in Basking Ridge. The Lower School campus remains in Short Hills.

A fundamental component of the school’s ethos, the Honor Code serves as the moral guidepost for every member of the Pingry community.

The athletics program emphasizes sportsmanship. Approximately 86 percent of Upper School students participate in a variety of sports on 55 varsity and junior varsity boys and girls teams.

Openings in other grades are possible only through attrition.

On average, the Pingry Admission Offices receive five applications for each opening.

Pingry offers financial aid to students in all grades; $4 million is awarded annually. All students in grades one – 12 participate in Pingry’s school program, which costs $1154.