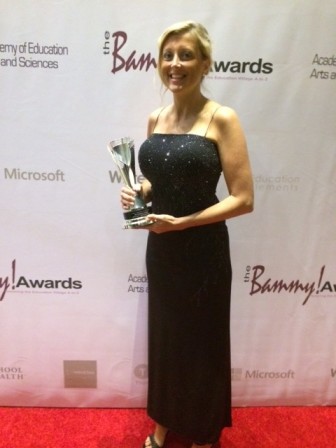 The Bammys are a national awards program presented by the Academy of Education Arts and Sciences International to those in the education profession. This year’s award ceremony took place Sept. 27 in a red-carpet event in Washington, D.C.

The two awardees with ties to Maplewood and South Orange are:

Melissa Butler, a 6th grade language arts teacher at South Orange Middle School, was awarded the 2014 national Bammy Award for The Middle School Teacher of the Year. Butler has been teaching in the district for the past ten years and is a “lead teacher” in the ELA department.

The Bammys cited Butler for her “work focus[ing] on learning in the digital age as a model for moving her school and other educators forward and by revolutionizing the reading and writing workshop with state-of-the art tools and methods.” The award release noted that Butler had “piloted many platforms in her classroom such as Edmodo, Google Apps, Evernote, Livebinder, and Twitter. Her 6th-grade language arts classroom pioneered the 1st 1:1 paperless learning environment in her school district.”

Elissa Malespina was named the 2014 Bammy Award recipient in the school librarian category. Malespina is currently the coordinating supervisor of educational technology at the Parsippany – Troy Hills School District in New Jersey, but previously was the school librarian at South Orange Middle School.  She also filed to run for the South Orange-Maplewood Board of Education this summer but withdrew in late August after being offered a book deal. 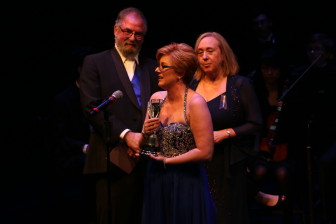 Malespina has built a reputation as being on the forefront of web 2.0 resources and tools like QR codes and augmented reality to make her school library highly interactive.

“I beyond shocked and honored to win the 2014 Bammy Award,” said Malespina. “This is not something I expected at all.”

“The Bammy Awards highlighted that it takes a village to educate children,” said Sylvia Knight Norton, American Association of School Librarians executive director, who also serves as a member of the Bammy Board of Governors. “The event brought national attention to the importance of the school librarian within the education community and Elissa’s enthusiasm for her work as a school librarian added to the elegance of the evening.”