written by Sal DiMaggio  May 18, 2022
0 FacebookTwitterPinterestEmail

Crime rates are rising in Maplewood, as they are across Essex County and the state of New Jersey.

That assessment came from Committee Member Frank McGehee at Tuesday’s township committee meeting. According to the report from McGehee, who chairs the Public Safety committee, in March there were 33 total crimes committed in the town. Sixteen were auto theft cases, 14 of which were because the owner had either left the car running and/or had left the keys inside.

In addition to the auto theft cases, there were 12 cases of theft, two burglaries and two robberies, and one of aggravated assault. McGehee said that in order to address the trends, police officers were being placed in Target Enforcement Zones (TEZ). 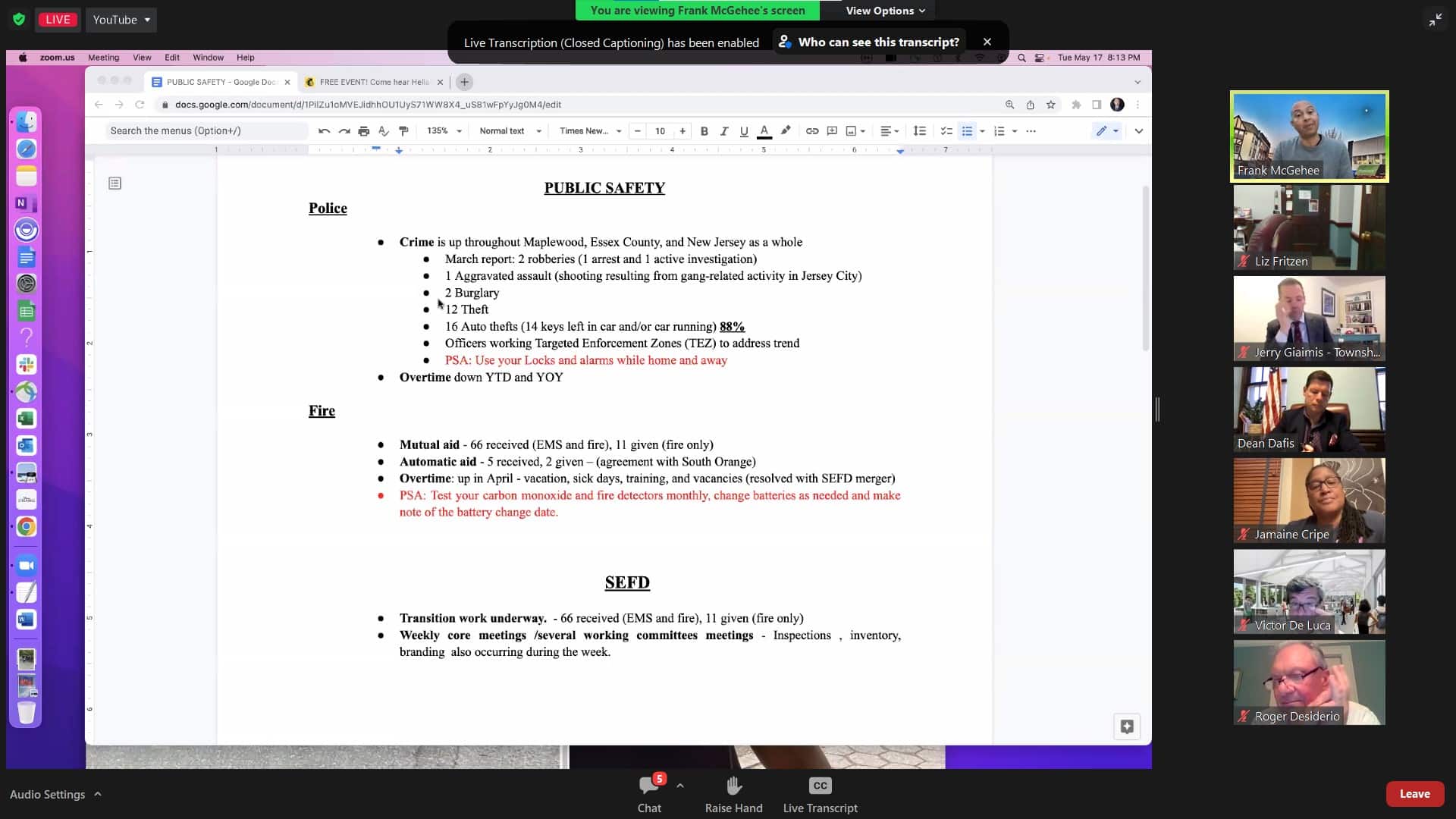 McGehee also had a PSA to Maplewood residents on how to prevent themselves from being victim to crimes such as these.

“Use your locks and alarms when you’re home and away,” McGehee said. “They’re deterrents. It’s not a big deal and it will help enhance safety.”

This comes as the number of crimes rose in January and February as well, as Maplewood Police Chief Jim DeVaul said at an April 13 Maplewood Public Safety Committee meeting. In those months, there was a case of sexual assault, another of aggravated assault and plenty more cases of theft and auto theft.