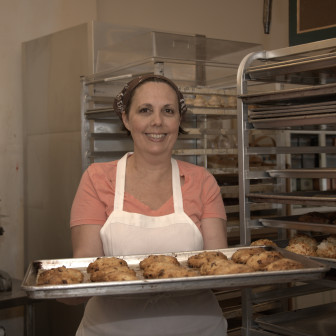 As the calendar inched inexorably toward Labor Day, it was a week marked by homecomings and celebrations, more Jersey Animal Coalition news, and a tragic death.

Julie Pauly, renowned baker and owner of Able Baker, returned to the bakery after a month-long recuperation from heart surgery and is feeling better than ever, she said at an interview with Village Green. “It’s nice to be back,” said Pauly.

In local business news, we reported that Highland Place, the popular steakhouse and live music spot in Maplewood, is still closed after two weeks (much to the dismay of many loyal regulars). Owner Chris Farrow confirmed that he still plans to reopen the restaurant “soon” but was not able to specify a time frame.

On the municipal front, after a bitter, protracted dispute marked by a quarantine and one side and a lawsuit on the other, the Jersey Animal Coalition announced that they were vacating their premises after reaching a preliminary settlement with the Township of South Orange. Although a written settlement has not yet been executed, if the JAC moves out and finds a home for its animals by an agreed-upon date, the township will dismiss all complaints against the organization, said Township Administrator Barry Lewis.

In Police and Fire news, we reported on the death of 18-year old Bloomfield resident Talajawon Golden, who was taken to St. Barnabas Medical Center Monday after nearly drowning in a private pool on Redmond Road. Sadly, Golden passed away the next day. South Orange Police Captain Kyle Kroll told The Village Green the incident was an accidental drowning with no contributing factors.

On the schools front, BOE candidates Maureen Jones and Elizabeth Baker announced that they will run a joint campaign for two of the three open seats on the South Orange-Maplewood Board of Education in this November’s election.

Marcia Worth profiled Newark Academy, a private school in Livingston.

As summer comes to a close, the pool season has been slowly winding down in Maplewood, shutting earlier as the days grow shorter. There are no longer early morning hours (9 a.m.- 11 a.m.) for the baby pool and lap swim, and Friday August 29 is the last day for Commuter Swim.

To distract yourself from the fact that fall is nigh, why not try all the yummy end-of-summer treats that can be found around town as well? SOMA has some delicious options from Cedar Ridge, Gigi’s Cupcakes, and The Able Baker that can help make the summer end a little more slowly. (But note: Cedar Ridge is closed all this week!)