Who Deserves Your Vote? McGehee (D) or Summersgill (R) for Maplewood TC

No, Village Green is not going to endorse a candidate; however, we are going to provide links to all the information you need to make a decision and cast your vote for Maplewood Township Committee.

Two men are vying for one seat on the Maplewood Township Committee this Tuesday, November 8: Democrat Frank McGehee and Republican Mike Summersgill. 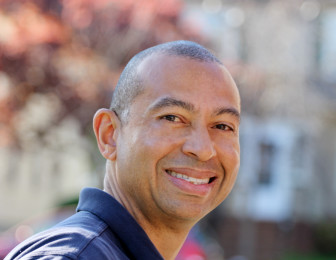 In his Candidate Profile for Village Green, McGehee, a 44-year-old Chicago native and three-year resident of Maplewood, answered questions about his civic engagement in the town (including the Coalition on Race, Achieve Foundation and Maplewood Library Foundation Board), connections to the Haitian community, his position on redevelopment (and role on the board of Village Keepers), his commitment to collaborating with the school district, and his priorities for Maplewood governance (shared services, pedestrian safety and a new property tax reward program). In his Candidate Profile for Village Green, Summersgill, a 35-year-old South Jersey native and 8-year resident of Maplewood, wrote about his work with Maplewood Senior Share and the Maplewood Pool Advisory Committee, his hopes for a family bathroom for the pool, his desire to work collaboratively with the school district, and his plans for governance if elected (improving processes in implementing changes in the town, insisting on transparency and accountability, and bringing “a practical perspective to ordinances before they are enacted.”)

McGehee has run a traditional local campaign complete with comprehensive door-to-door canvassing, fundraisers (including one with Congressman Donald Payne Jr.), events, fliers and lawn signs. One intriguing aspect of McGehee’s campaign has been the fact that he has been endorsed by both Mayor Vic DeLuca and former Mayor Fred Profeta, who have clashed over the years on various topics and recently over the development of the former Post Office site.

Summersgill, running as a Republican in a town that has voted overwhelming Democratic for the past two decades, opted for a slightly non-traditional campaign. Although he canvassed in every district, he eschewed actual lawn signs in lieu of virtual lawn signs that raised funds for local charities and staged events like his Candidate in a Car Drinking Coffee at Cedar Ridge on Friday morning. Summersgill says he does not support his party’s candidate for President of the United States.

Both candidates have been collegial to each other through three forums (see videos here, here and here or below), vowing to work together in the future no matter the outcome of the election. The collegiality has included the two candidates working together on Senior Share issues and participating on Friday night in a bartending “throw-down” at the monthly Rent Party, raising funds for local food pantries.

Summersgill and McGehee square off (League of Women Voters Forum)

See video of the three forums below.

Video of the HNA forum:

Video of the LWV forum: