The Columbian: A World Without Sports-Professional Sports on Hiatus and Its Impact on Columbia High School

written by Zoe Slavin, Sports Co-Editor of The Columbian May 22, 2020
0 FacebookTwitterPinterestEmail

With all schools in New Jersey in distance learning mode, the dedicated staff of Columbia High School’s award-winning student newspaper, The Columbian, proudly present their first on-line edition at thecolumbianchs.com. The following guest column “A World Without Sports-Professional Sports on Hiatus and Its Impact on Columbia High School” by Zoe Slavin, Sports Co-Editor, Class of 2020, was originally published by The Columbian on April 28, 2020. With permission from CHS administration and staff at the newspaper, Village Green will be posting more content from the current issue of The Columbian in the coming weeks. 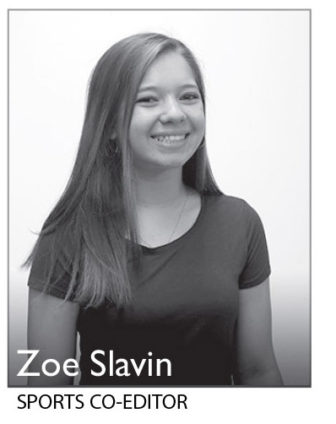 On March 12, 2020, the cover of The New York Post displayed a bold white font atop nothing but a black background. “The Day The Sports World Stopped,” it read. March 11 marked the beginnings of sports coming to a halt, with the National Basketball Association taking a hiatus. The Xtreme Football League followed suit, cancelling the rest of their 2020 season. Major League Baseball (MLB) has postponed the start of their season. Major League Soccer suspended play for 30 days beginning March 12, and both the National Football League and the Women’s National Basketball Association have suspended all in-person drafts.

As schools were cancelled and concerns grew regarding the COVID-19 virus, all professional sports finalized a halt on their seasons. The National Collegiate Athletic Association also cancelled March Madness, shortening college seniors’ final seasons and forcing them to say goodbye months ahead of schedule. Sports in their entirety are no longer occurring for the time being.

“It makes me really upset, because I always watch professional sports on TV almost every night,”

The lives of Columbia High School students have changed drastically over the course of March and April. Without sports to watch at all, they have changed even more. “It makes me really upset, because I always watch professional sports on TV almost every night,” Ava Stecker, ‘23, said. “It’s also really heartbreaking because so many players have worked really hard to get to the Stanley Cup, March Madness, etc.”

Mike Vaccaro of The New York Post wrote, “It was a day that had been brewing and percolating for some time, the drip-drip-drip of a nation trying to assemble a responsible course of action.” Sports are an integral component of American society, and while their service isn’t imperative to humankind survival, many sports fans are beginning to feel the toll that a world without sports may bring them.

Stecker is not the only student that is feeling the emptiness without professional or collegiate sports to watch. However, some students, like Marques Thompkins, ‘20, are able to see the silver lining behind the loss. “You kind of have to find out more about yourself,” he said in regard to the lack of entertainment that is new and available every day, such as sports. “It’s sad but it’s also an opportunity,” he commented. Nevertheless, Thompkins said he still feels the void that the absence of sports has left in the world. 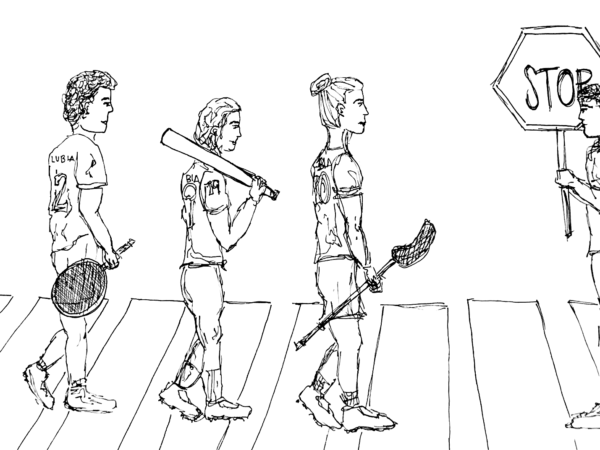 MLB is one sports organization that, as of April 6, has made strides in a potential plan to return. “The plan, sources said, would dictate that all 30 teams play games at stadiums with no fans [and play] in the Phoenix area, including the Arizona Diamondbacks’ Chase Field, 10 spring training facilities and perhaps other nearby fields. Players, coaching staffs and other essential personnel would be sequestered at local hotels, where they would live in relative isolation and travel only to and from the stadium, sources said,” per ESPN. The Center for Disease Control and Prevention is supportive of this plan which would allow baseball to be the first sport to return and allow them to play in isolation, ESPN reported.

“It’s sad but also an opportunity,”

It is unlike something the world has ever seen before. During 9/11, sports took a hiatus for a few weeks; places like Yankee Stadium were offering refuge and a sense of comfort. But while in quarantine, there are no places for refuge. When the sports world, at both the professional and collegiate levels, will resume remains in question.