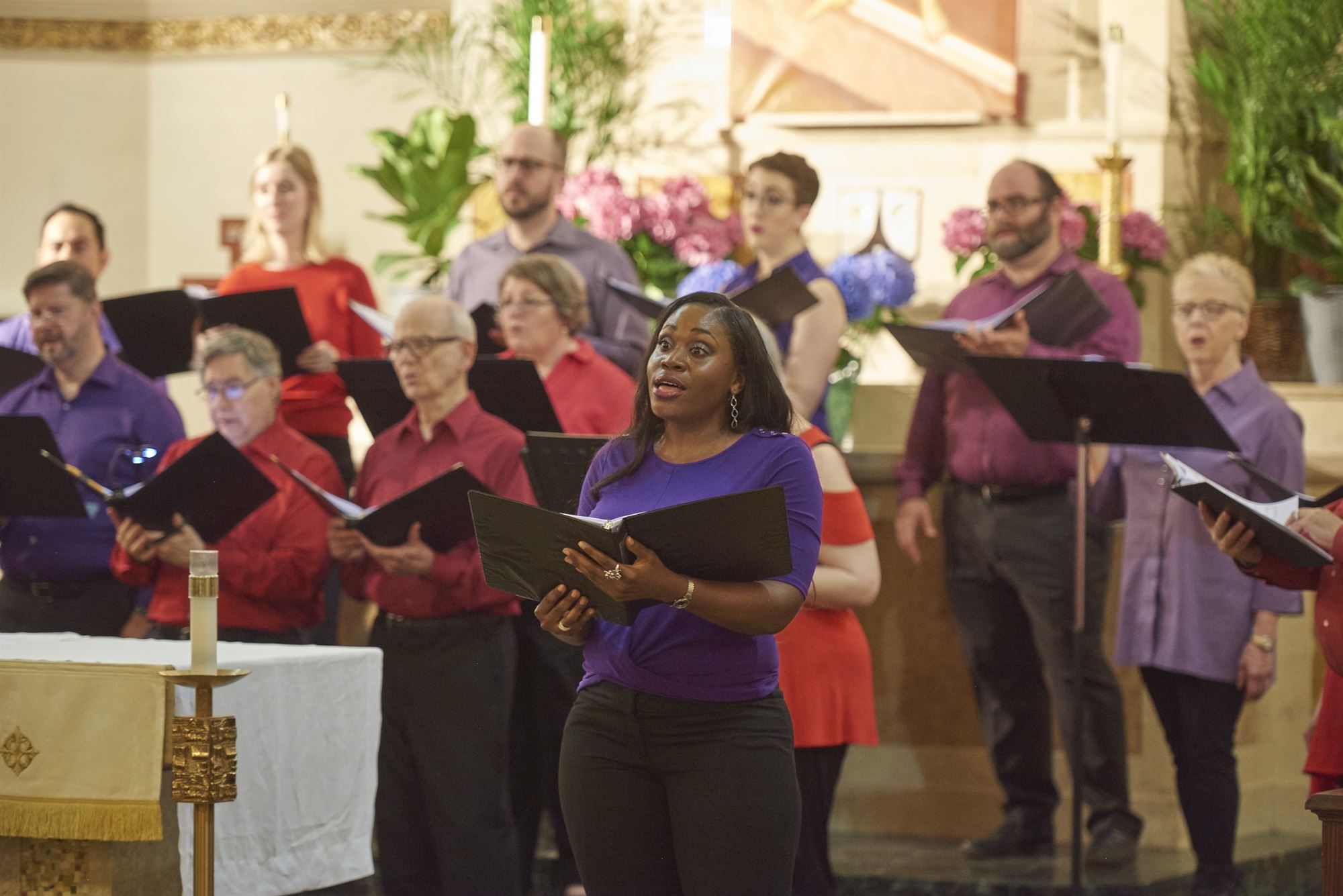 The Ember Ensemble of Schola Cantorum on Hudson, founded in 1995 by Artistic Director, Deborah Simpkin King, Ph.D., has announced that it will launch its 25th anniversary season – Listening –on November 9th and 10th with a concert titled “Civil Discourse”. The performances will take place on Nov. 9th in NYC and Nov. 10th in South Orange, NJ.

Ember annually selects a socially relevant topic around which to construct a full season of concert programming. Of great concern currently – and, hence, the focus of Ember’s 2019-2020 season – is a perceived undercurrent of anger, even active confrontation in our society, seemingly avoidable if informed listening were to be employed. Is a return to civility, even in the context of disagreement, a viable alternative?

“I chose listening as the theme and title of our anniversary season because we believe it is at the heart of what is lacking and sorely needed in our world today,” says King. “Throughout the season, Ember will explore listening on multiple levels: listening to each other with civility; listening wisely to our own internal voices; listening for the discernment of truth in confusing times; listening respectfully to those on the fringes of society; listening to the earth and to the universe.”

As the first of three concerts in the season entitled Listening, “Civil Discourse” will initially provide the audience with very different forms of musical discourse demonstrated by Ember singers (echo vs statement and reaction, etc.), using them as a metaphor for spoken communication. Then, a choral arrangement of Mr. Rogers’ well-known theme song, “Won’t You be My Neighbor?” and a commissioned world premiere on Robert Frost’s poem, “Mending Wall,” combine to pose the question of who we choose to hear, and through what filters do we listen.

PROJECT : ENCORE and award-winning composer Bill Heigen is the composer of “Mending Wall,” to be premiered at the concert. In its East Coast premiere is composer John Muehleisen’s, “Singing Together.” Other selections include “All of Us,” by Craig Hella Johnson; “Unclouded Day” by Shawn Kirchner; “Pilgrim’s Hymn” by Stephen Paulus; and “Peace Song” by Tim Brent.

The Ember Ensemble will perform under the direction of Artistic Director and Conductor, Deborah Simpkin King, Ph.D. The concert will take place on Saturday, November 9th at 7 P.M. at St. John’s in the Village Church, 218 W. 11th Street (at Waverly Place), NYC, and on Sunday, November 10th at 5 P.M. at Our Lady of Sorrows Church, 217 Prospect Street, South Orange, NJ.