School hasn’t even started but education is the big story in the towns this week.

The South Orange-Maplewood Board of Education meeting on August 25 brought us stories on new administrative appointments in several schools, an update on the superintendent search, and the swearing in of Maggie Kritzberg for her second year as student representative on the board. 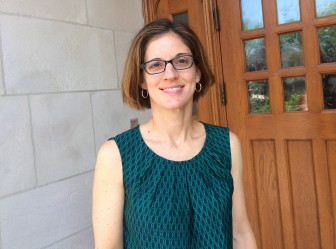 Marcia Worth took a look at the fall fashion trends that are making students — and their parents — crazy this fall.

Two South Orange-Maplewood Board of Education candidates bowed out of the race: Elissa Malespina cited a new book deal and Anthony Mazzocchi reported he was withdrawing for personal reasons.

In police news, Maplewood Police reported that Bill & Harry’s in Maplewood Village was broken into and several rolls of coins were stolen. Maplewood PD also released the sketch of a suspect in a pair of armed robberies in the town last month. And South Orange Police arrested three Maplewood teens who trespassed on a South Orange church.

But the big crime news — attracting media attention from well beyond our towns — was the armed robbery of four Seton Hall students in which one victim was pistol-whipped. Three  suspects were arrested by week’s end.

Summer road paving is taking its last gasp before the fall: Paving projects, road closures and loss of parking proliferated in Maplewood with several projects underway — most notably the repaving on Dunnell and Baker near the Maplewood Train Station.

Our neighbors in Millburn and Cranford reached out to Maplewood and South Orange for help in resolving issues around Rahway River flooding. And South Orange Trustee Walter Clarke explained dredging that’s taking place in the river.

Finally, we had some fun news: Marcia Worth profiled Kristen Tyler, the mastermind behind Swap/Meet SOMa. The final movie in the park — Back to the Future — took place on Flood’s Hill. A new drawing class is set to debut at the 1978 Arts Center. And Playfully painted pianos popped up all over South Orange.

NJ to Expand Eligibility for COVID-19 Vaccines to...