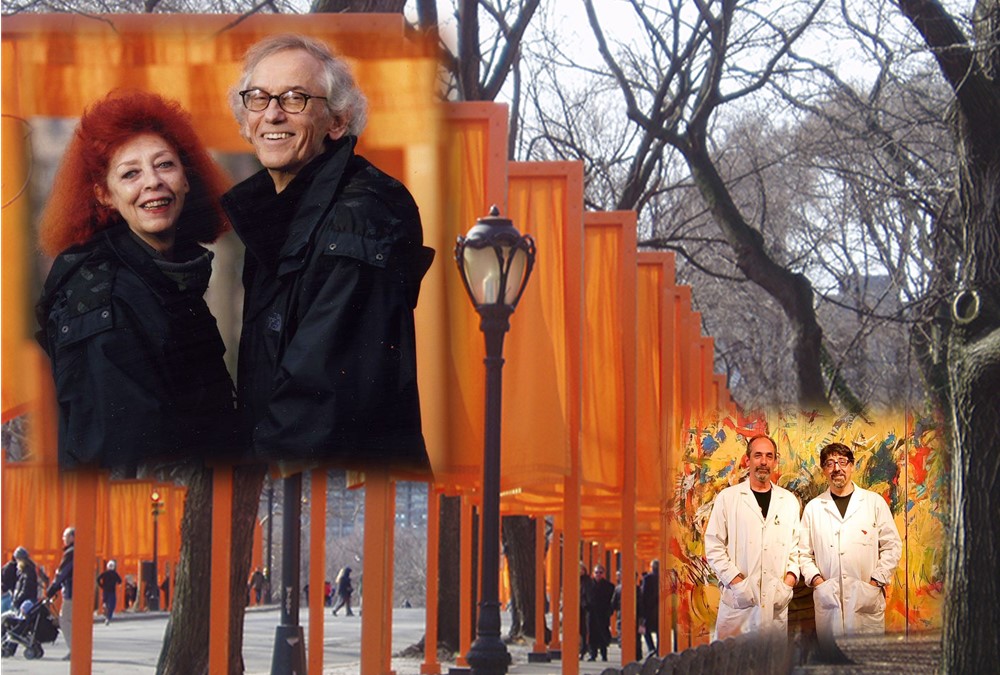 Our Painters on Painters series focuses on the lives and works of artists, hosted by Gerard Amsellem and Mikel Frank, the Visual Passion Duo.

Bulgarian-born Christo began his career in Paris, exhibiting with the nouveaux réalistes. There he met Jeanne-Claude and  in 1964 they relocated to New York City, where they were known as non-conventional artists who challenged the status quo in art and experimented with materials of everyday life.

The Christos are famous for wrapping buildings such as the Pont Neuf in Paris and the Reighstag in Berlin. In 2005 they installed The Gates, which featured 7,501 fabric gates along the walkways in Central Park.

Mikel and Gerard will talk about this collaborative duo, and Mikel will give some firsthand accounts of working on The Gates installation crew.  The program is virtual. REGISTER HERE