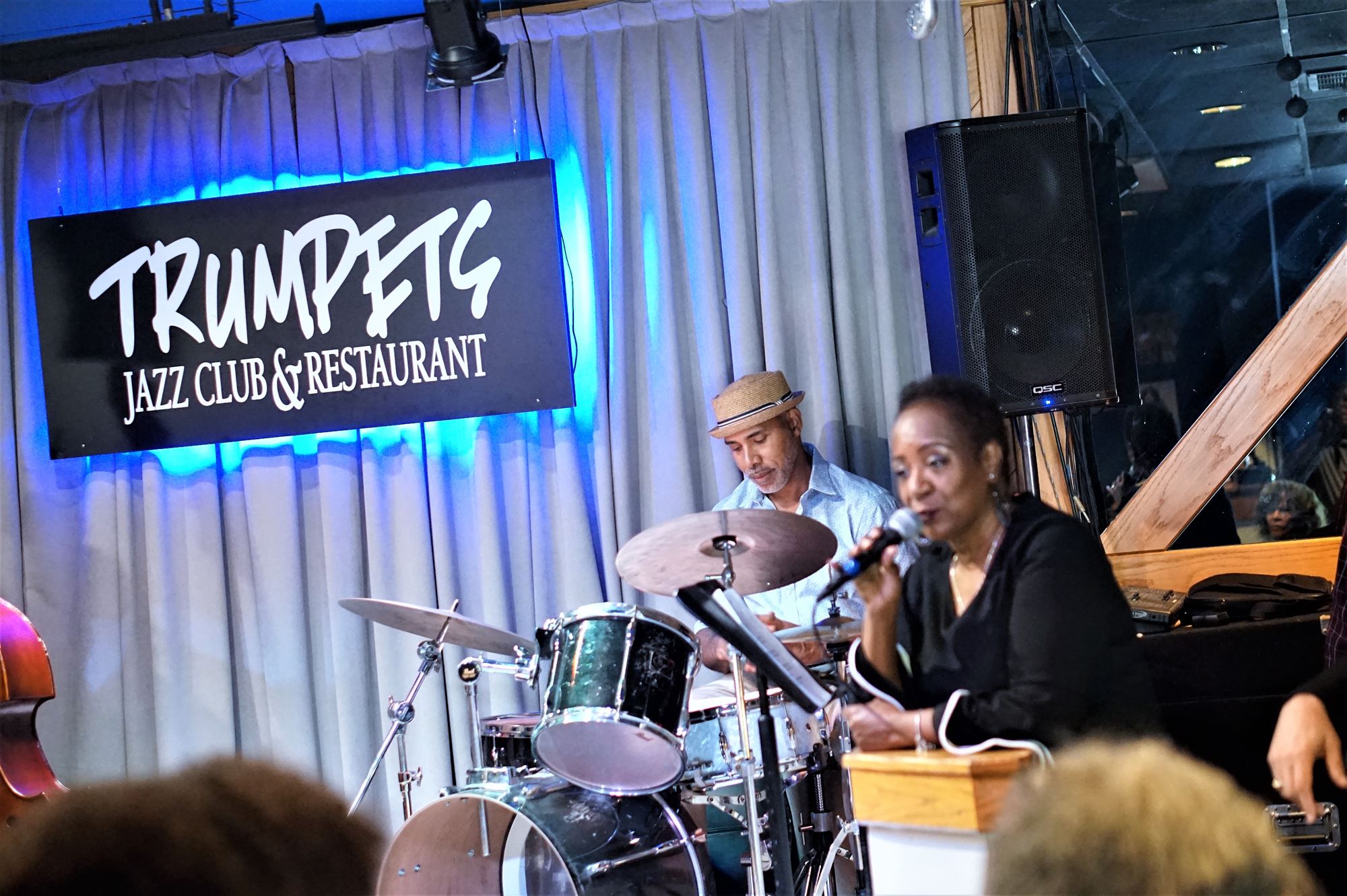 Ms. Jackson is a New York/New Jersey… based jazz vocal stylist, and is available worldwide for festivals, clubs, concert tours and clinics… as a soloist, or with her Jazzin’ All Star Band…”A true ensemble performance…every tune is a musical collaboration..effortless, natural and unscripted” Carrie is considered one of the most consistently interesting singers in the metropolitan area, and is one of the top jazz artist’s around today providing for classical performances in jazz favorites, soulful sultry pop, blues and poignant mellow gospel. She combines jazz originals, standards, pop/blues tunes, and open improvisation in an adventurous, genre-bending style that’s inspirational and original; a singer with a Sound! Carrie Jackson & Her Jazzin’ All Star Ensemble swing and perform the music of “Duke” Ellington, Count Basie, Lionel Hampton, Louis “Satchmo” Armstrong, Miles Davis, John Coltrane, Dizzy Gillespie, and musical selections songs from the Great American Song Book.

Carrie is a native Newarker’ who nurtured and honed her talents in Newark, the Jazz Mecca of New Jersey. She has acquired a vast amount of experience in a wide variety of musical genres. She began her musical career when she was 6 years old singing in the children’s choir at Mount Calvary Baptist Church, Newark, NJ. Carrie is a product of the Newark Public School system; attended Peshine Avenue Elementary School, and Weequahic H.S.

Carrie studied piano and voice with Howard “Duke” Anderson, teacher, composer and arranger. She is a protégé of Duke’s artistry and learned the music business from him. Under “Duke’s tutelage she became an accomplished seasoned singer as well as band leader. As a young adult Carrie worked as a featured vocalist with Duke Anderson’s Big Band. She also studied voice with Inez Mc Clendon, Nadine Herman and Winston Hughes at NCSA in Newark, NJ. Her voice training and natural talents are evident that the voice is indeed the “first instrument.” The way Carrie elicits emotion and passion suggests she actually cares about singing, and is not simply going through the motions making her a true ambassador of Jazz!

Carrie rekindles thoughts of America’s great jazz history, and attributes her vocal style of singing to her mentors, the Great Ladies of Jazz, Sarah “Sassy” Vaughan, Ella Fitzgerald, Billie Holiday, Dinah Washington, Nancy Wilson, and Carmen Mc Rae. Newark’s notable musicians include, Wayne Shorter, Woody Shaw, James Moody, Ike Quebec, just to name a few. She has taken all of her mentors and made them a part of her, and brings new horizons to America’s classical art form “Jazz”, the truth is, she has a bit of all them and more that is uniquely her own. Carrie’s smooth, sultry, soulful sound has captivated thousands, and she maintains a uniqueness that is her own and proudly carries the jazz banner with her own enchanting style.

Join us under the Gazebo on Fridays for Jazz on Sloan and in Spiotta Park on Saturdays where every style of music from acoustic to zydeco, jazz to flamenco will be represented. Concerts kick off Memorial weekend through Labor Day, every Friday and Saturday evening from 7:00pm to 10pm.

Downtown After Sundown is produced by the South Orange Village Center Alliance and graciously sponsored by the Township of South Orange. Special thanks to SOVCA volunteer Gregory Burrus for managing the series.Discover updates and more at https://www.sovillagecenter.org/pub/news/story/594/