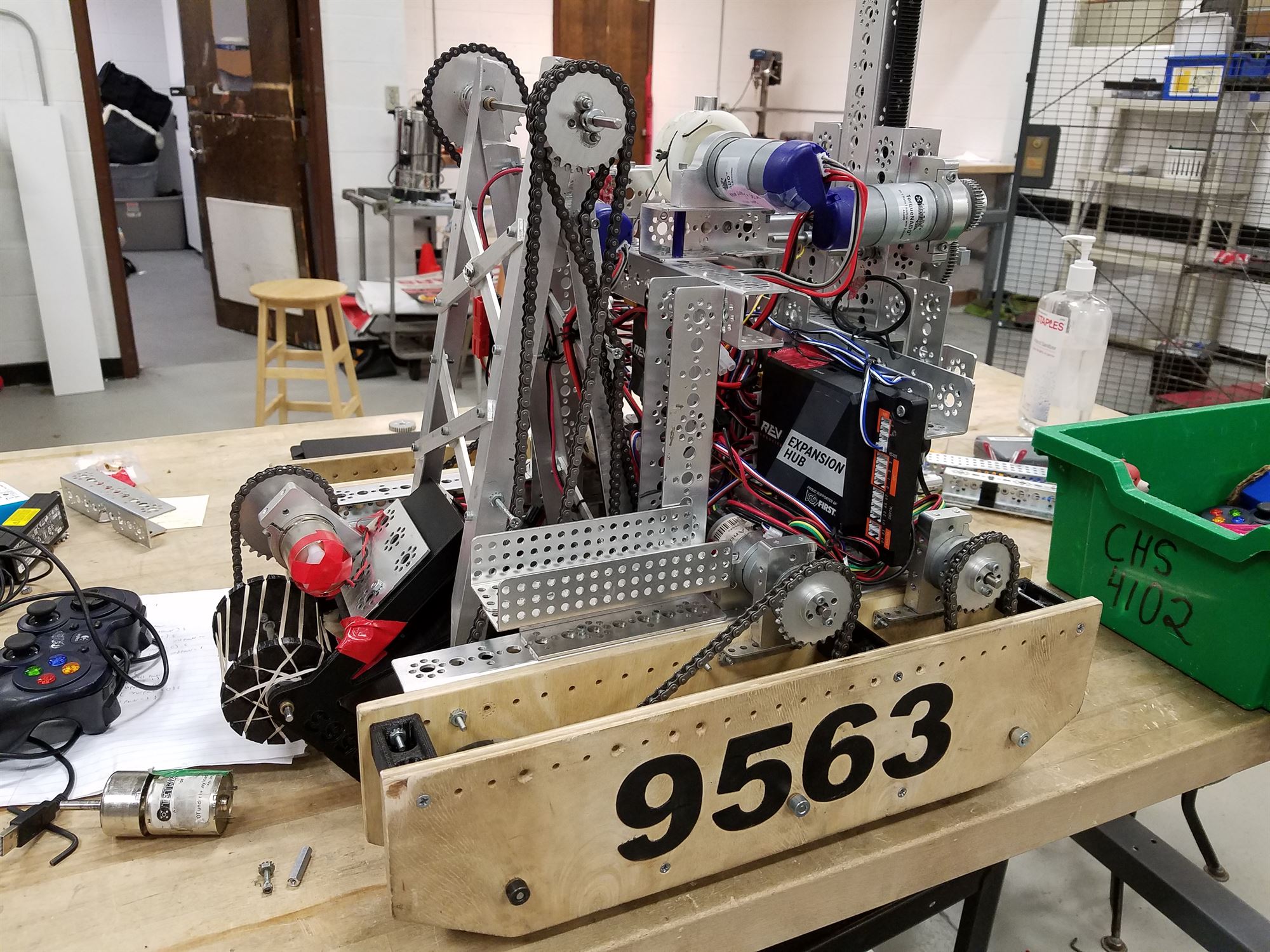 On Sunday, March 10, the FIRST Tech Challenge New Jersey State Championship, known as The Garden State Rumble, will be held at Columbia High School, 17 Parker Avenue, Maplewood, NJ. The best robotics teams from around New Jersey will be competing for a chance to move on to the FIRST Championship Detroit, previously known as the “FIRST World Championship”.

The teams are members of the FIRST Tech Challenge (FTC), an international robotics program. Teams compete in pairs, known as alliances, using their robots to score points by completing a variety of tasks during each two-and-a-half minute match. With 48 teams competing on 4 playing fields, there will be more action than a three-ring circus. Opening ceremonies will commence at 10:45 am, followed by the qualifying matches, which will continue throughout the day, with a brief lunch break, until 2:45 pm. Alliance selection will take place at 3:00 pm, followed by the semi-final rounds at 3:15 pm, the division finals at 4:00 pm, and the championship finals at 4:30 pm. Closing ceremonies and awards presentation are scheduled for 5:00 pm.

The top 10 teams will move on to the FIRST Championship Detroit in Detroit, MI, April 24-27, to compete with teams from around the world. New Jersey FTC has a strong history of sending teams to the World Championship. Sunday, will be the last chance to see these teams locally before they enter the super-regional, and possibly, world stage.