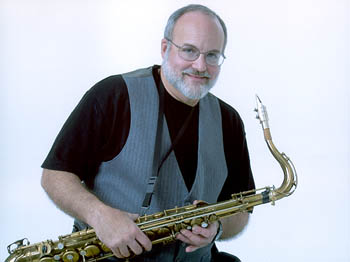 
critics since 1985. His recordings (“Listener Friendly” – 1985, “Point of No
Return” – 1988, “The Time Has Come” – 1991, “I Hear Africa” – 2002) feature
Reiter’s compositions and have received airplay on hundreds of radio
stations nationwide. “I Hear Africa” features the exciting sounds of
African percussion, and Reiter based a number of his new songs on Afro-Pop
music. Reiter possesses a special gift for melody, and in 1979 he received
an EMMY Award for his score to “Generation on the Wind,” an Academy Award
nominated documentary feature film. Reiter received international attention
when the USIA featured his band in three TV shows it broadcast worldwide as
part of its series “Arts America.”

Join us under the Gazebo on Fridays for Jazz on Sloan and in Spiotta Park on Saturdays where every style of music from acoustic to zydeco, jazz to flamenco will be represented. Concerts kick off Memorial weekend through Labor Day, every Friday and Saturday evening from 7:00pm to 10pm.

Downtown After Sundown is produced by the South Orange Village Center Alliance and graciously sponsored by the Township of South Orange. Special thanks to SOVCA volunteer Gregory Burrus for managing the series.Discover updates and more at https://www.sovillagecenter.org/pub/news/story/594/